Some people in their 80s and 70s — and sometimes even younger — claim they are too tired or too debilitated to participate in activities and volunteer for community causes. I recently interviewed three people for this article who believe otherwise — that it’s just a matter of desire and will, and that the benefits of civic activism are great regardless of any mobility limits you may have. 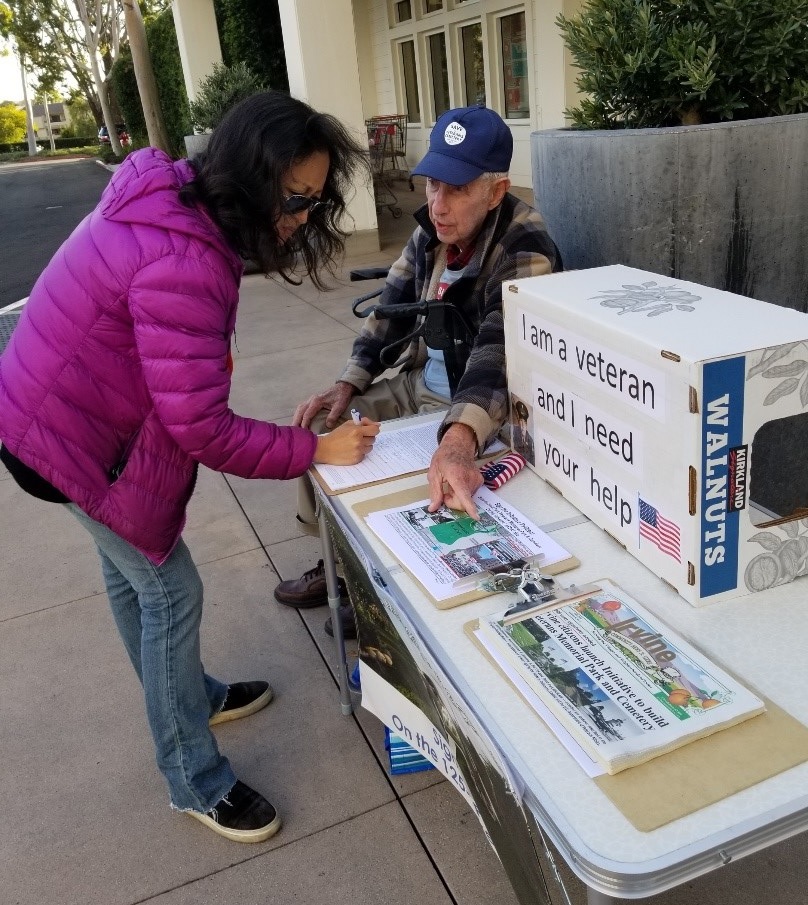 Ed McNew, 87-year-old retiree
Ed McNew is an 87-year-old retired businessman, a U.S. Army veteran, and a 47-year resident of Irvine who now gets around with a walker that also can serve as a chair.  He is the top signature gatherer for the “Build the Great Park Veterans Cemetery” initiative petition campaign.  Ed spends about six hours each day, 6 or 7 days every week, sitting at a table, collecting the signatures of passersby at various locations throughout Irvine.  He seems to be a natural at attracting people who stop to talk.

Once stopped, Ed engages them in a brief conversation that often leads to their signing the petition; or, they just move on. Ed says, “I’d rather be out collecting signatures than be home sitting in front of the TV or reading. I’m extremely disappointed in our current City Council,” Ed explained, “and I feel strongly that we must have a military cemetery. And having been in the military, I want to support this cause to the best of my ability. This gives me purpose, and it’s something I look forward to, every day.”

Ed’s wife of 60 years passed away two years ago, and he clearly finds fulfillment in his efforts. In fact, when Ed began collecting signatures, he was assigned a location every other day, thinking that to do more would be “too much.”  However, soon after he began collecting signatures, he insisted on being assigned a location every day.  Either his daughter or another volunteer brings him, and then picks him up at the end of his day. 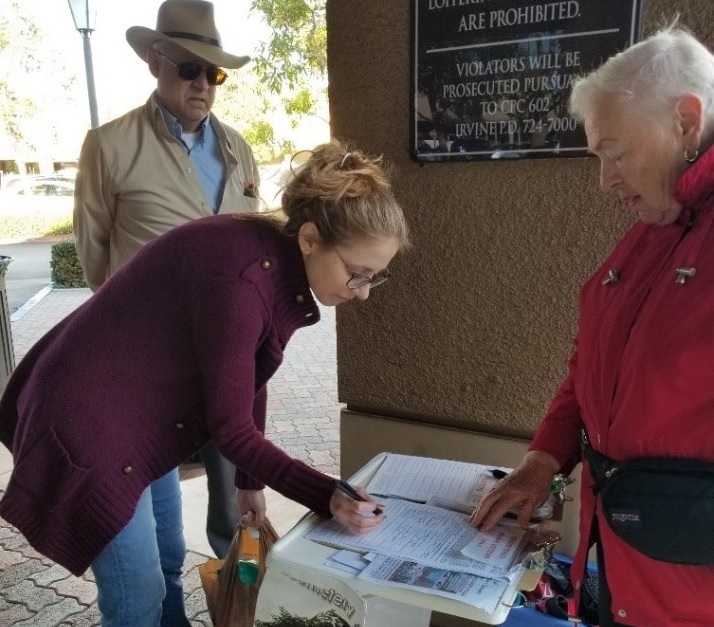 Joyce volunteers because “where there’s a need, I get great gratification to give back.”  And for this particular cause she is especially passionate. “ Men and women gave their lives and their youth, and it’s an honor to help this cause” by qualifying the Veterans Cemetery initiative petition for the ballot.  “It makes me feel good!” she said, emphatically.

Jean Anne Turner, 75-year-old retired teacher
Jean Anne Turner, 75, is a beloved, retired IUSD teacher, and Irvine’s only two-time Teacher-of-the-Year award winner.  She was collecting signatures at Irvine’s Veterans Day event when I spoke with her. 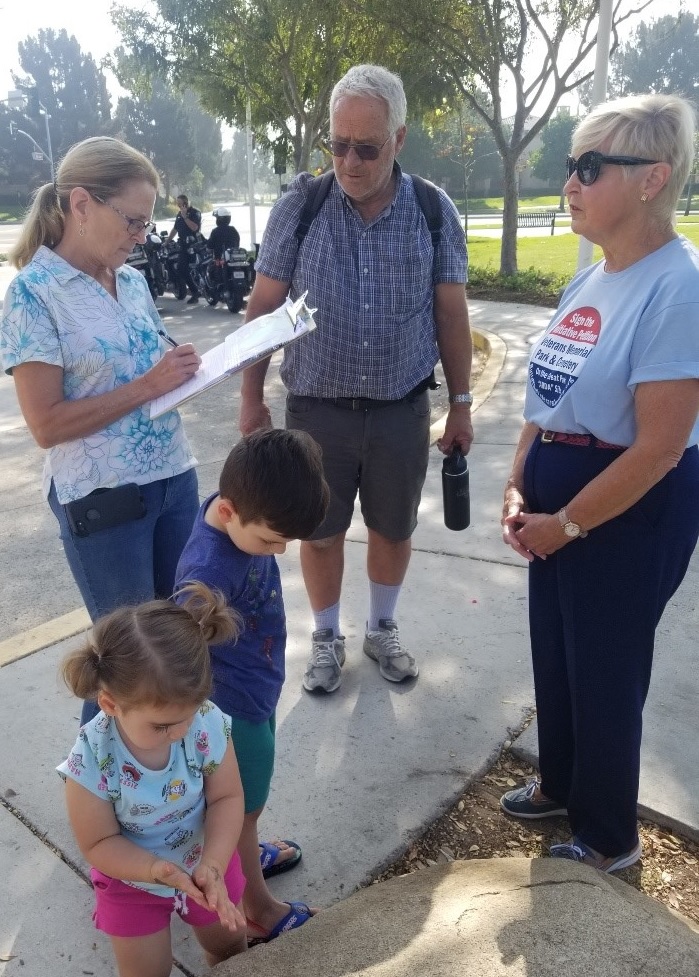 Jean Anne told me she is disgusted with the City Council and called “shameful and a cheap trick” the Council’s refusal to begin building the Veterans Cemetery at the original Great Park site.  Jean Anne is the daughter of a World War II veteran and the wife of a U.S. Marine.  Jean Anne has been on her homeowners association’s Green Belt Committee for the past 20 years.  She stays active and believes “one must bloom where you’re planted and improve the quality of life of your local community!”

Ed, Joyce and Jean Anne are among our most prolific signature gatherers.  They all believe strongly in the cause and clearly are helped in their outlook and state of mind by their meaningful civic activity.  It’s a terrific social activity that engages people, and the benefits they experience are not flukes.

In striving to help our community, they are engaging with hundreds of Irvine neighbors in ways that improve our community while improving their own physical health and outlook on life, as well.