Senior Life — Youthful Lifestyle: It still comes down to diet and exercise!

It’s hard to believe, but it was in the October, 2017 issue of ICNV that my first article in my Senior Life — Youthful Lifestyle series, appeared.  I began with my own background, and the luck I had to have been introduced to food awareness by my mother and aunt by reading food package labels and avoiding anything that had ingredients that didn’t sound like food, especially hydrogenated oil, preservatives and coloring.  There wasn’t so much sugar added to food in the 1950s, but our family did stop drinking soda pop when I was about 12 years old, never to be resumed. 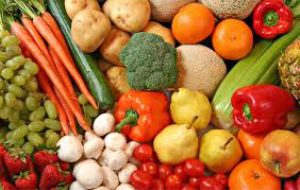 When you actually look forward to a meal of fresh vegetables, which may be steamed, and fruits, you will then know you have achieved a sustainable healthful diet.

In fact, when I got into my 20s and 30s, I was amazed to see adults drinking soda pop, since I had always thought that soda was a drink for kids.  I’m still amazed!  Of course, soda pop has evolved into more acceptable “adult” versions claiming electrolyte replenishment and other health benefits; but, it’s still soda pop, just with another name.

My conclusion now is that not only is soda pop and its many incarnations, including so-called “diet” drinks, bad for you; it’s the fact that they taste good to so many people that’s a worse problem.  And they taste good, really, only to people who have a bad, sugar-laden diet.  The result for them is that healthful, wholesome food doesn’t taste so good.  The need for sweet (and salt), promoted by the so-called food industry, has become so ubiquitous an addiction, that it’s difficult to find any packaged food product that doesn’t have lots of sugar and salt added.  And that’s not just in cookies and cakes, but in soups and salad dressings.  It’s hard to find a breakfast cereal that’s not loaded with sugar. (My favorite: Ezekiel 4:9 Organic Sprouted Grain Crunchy Cereal.)

According to evolutionary logic, the most healthful food should also be the most tasty, more tasty than unhealthful food, once you get back to natural food cravings unaltered by extra fat, sugar, salt and added chemicals.  That’s good news!

Some people eschew a healthful diet because they believe it won’t taste as good as their usual diet.  And that may be true, at least for a while.  A person’s unhealthful food cravings are habits that are changeable with perseverance.  In my own case, it took me six months to give up eating beef, when I was 29 years old.  It was painful at first, but I gradually felt better and better about it.  My cravings for beef diminished more and more, and I gradually lost that intense hunger that I would get when dinnertime came around and I wasn’t home for my daily dose of prime New York rib-eye (I lived above a prime beef butcher shop).

I can’t claim extraordinary willpower.  What helped me break my beef addiction was that I was living a student life in France, eating meals in the university’s student restaurant.  The beef I was used to eating was just not available there.  And the cost for a great piece of beef, available only in a fancy restaurant, cost as much as 55 entire university restaurant dinners!  I know, because after a month of deprivation I couldn’t take it anymore, and went to that fancy restaurant and ate my terrific steak, or maybe it was a more appropriate filet mignon.  After that meal, I had an ever-shrinking desire for it.  My craving was gone, and remains gone.

In November, 2017, I discussed exercise and the amazing Irvine Senior Centers’ Fitness Centers, which have a wide variety of modern fitness equipment, available at a total cost of $55 per year—a super bargain.  I also referred to what should be a life-altering review article from 2002, by Booth, et al, Waging War On Physical Inactivity, in the Journal of Applied Physiology, covering 271 studies that clearly establish exercise as effective at preventing a wide variety of chronic diseases, typically thought of as diseases of the aged, and also putting them into remission.  The article also makes a logical, evolutionary case for the necessity of exercise to maintaining health.  And satisfying that exercise requirement means only a half-hour brisk walk, daily—not a casual walk, which, according to the article is relatively useless, although better than lying in bed.  A link to that must-read article is at IrvineComunityNews.org/senior-life-resources.

In December, I continued the exercise theme, ending the article with the following:  “Being sedentary, although convenient, is a damaging addiction, and leads inevitably to the grossly inconvenient visits to the doctor’s office [and consuming of pills], if you’re lucky!”  In other words, if you’re not already dead!

In August, I wrote about the extensive dance program at Irvine’s Senior Centers, offering ten different dance classes, from ballroom to tap and country line dancing.

I’m still constantly reminded how many Irvine residents are unaware of the vast array of activities available to seniors.  At any of Irvine’s three Senior Centers (listed, below), pick up a free copy of the Irvine Senior Connection, published bi-monthly.  Or go to:  CityOfIrvine.org and under the Services tab, click on Senior Services at the bottom of the drop-down menu.