Welcome to the Veterans Corner!

Welcome to the first article from The Veterans Corner! This new column is intended to keep veterans and their families informed regarding matters related to the proposed Veterans Memorial Park & Cemetery on the ARDA site at the Great Park.

My name is Frank McGill. I am a 76-year-old Air Force veteran and Chair of the Veterans for the ARDA Site Cemetery organization, representing more than 2,000 Orange County veterans and their families.

I grew up in an Air Force family. After graduating from college, I joined the Air Force and became a pilot. I flew hundreds of combat missions in Vietnam and flew other military missions throughout Southeast Asia and Europe (which is where I met my wife). After six years serving in the Air Force, I attended graduate school on the GI Bill before settling down here in Irvine. My wife and I have two grown sons, one of whom proudly serves in the Air Force.

I became involved in the effort to establish a Veterans Memorial Park & Cemetery at the Great Park ARDA site because I believe that every veteran deserves a dignified, restful burial place. The ARDA site is the perfect location for a Veterans Cemetery. It is a peaceful site that is situated in the middle of Orange County, on the former El Toro Marine Corps Air Station where thousands and thousands of military personnel flew out to combat posts during World War II, the Korean War, and Vietnam. Sadly, many never made it home.

If you have followed the saga of the Veterans Memorial Park & Cemetery over the years, you know that there have been endless efforts to move our promised Veterans Cemetery from the ARDA site — the site overwhelmingly preferred and approved by Irvine veterans and voters. This has cost taxpayers millions of dollars and has caused years and years of unnecessary delays. It is disheartening that some of my fellow veterans have died during these delays. Their families have been forced to bury them in Riverside or San Diego rather than where they wanted to be laid to rest, here in Irvine.

The latest site under consideration is 20 miles outside of Irvine in Gypsum Canyon, which is a noisy, congested and inferior site plagued with geological problems near the Riverside County line. (This new site will require another detailed study, costing more taxpayer money and causing more delays.) 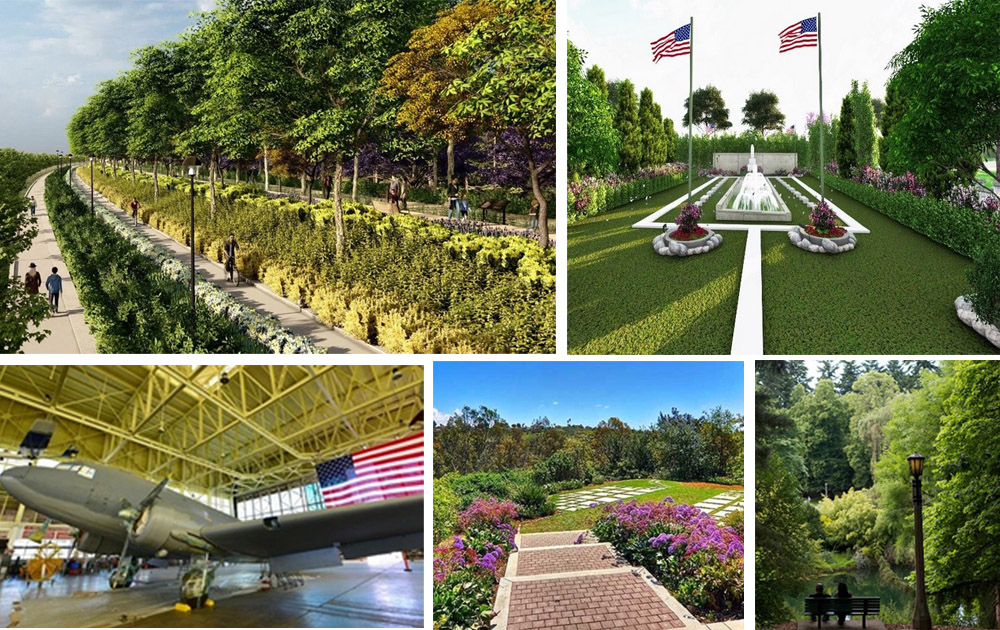 To add insult to injury, during the last Irvine City Council meeting, Mayor Khan and Councilmembers Kim, Kuo and Carroll refused to even support Councilmember Larry Agran’s proposal for a large park and aviation museum at the ARDA site to honor veterans. Their stubborn refusal came after hearing passionate testimony from dozens of veterans in support of Larry’s plan.

Instead, the Mayor and three of her colleagues on the Council want to turn the entire ARDA site into a huge botanical garden, with a tiny veterans component (only 5 acres of the 125-acre site). That is a slap in the face to every veteran in Orange County and the 19,790 Irvine residents who signed a petition just two years ago to zone the ARDA site for a Veterans Memorial Park & Cemetery.

These Councilmembers don’t understand the history of the El Toro Airbase and the significance of preserving this site to honor our veterans. They just don’t seem to care. They also don’t understand the bond that exists between veterans. We don’t give up when it comes to fighting for one another, no matter how disrespectfully we are treated by the Mayor and Council.

We will continue to share updates in future articles, but please know this: In spite of these latest setbacks, there continues to be hope for veterans and our families. Not only is the Great Park ARDA site the location preferred by many veterans, Irvine law states that it is zoned for a Veterans Memorial Park & Cemetery — not a botanical garden. The Council cannot change that law without a vote of the people. And yes, I still expect to be buried there.