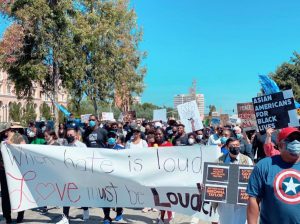 The first event took place at 10am, with participants gathering at the Christ Our Redeemer Church (COR) near Irvine Center Drive and Bake Parkway.  Over 600 people were on hand for what was advertised as a Unity March organized by COR Church in conjunction with Rock Harbor Church and the Irvine Police Department.  Churchgoers from Saddleback Church and Free People Church also participated in the peace march.

The Unity March began with members of COR Church welcoming everyone, offering prayers, and getting the group familiar with some chants they would be doing throughout the day.  Once the majority of the crowd had assembled in front of the church, the crowd set out on the 2- mile march down towards the Los Olivos shopping center and back to the church where a band and guest speakers were waiting.

Several Irvine Police Department officers joined the march, many walking with the crowd while other officers helped to block off streets along the route to allow enough space for the hundreds of participants.  Members of the Orange County Sheriff’s Department also participated, along with a few local elected officials.

Below is a short video clip of the unity march:

Later in the day, a group of college and high school students organized a sit-in protest with a group called Youth for Justice, on the front lawn of Irvine City Hall.  The mostly young crowd gathered at 1pm with a number of speakers sharing some of their own experiences growing up in Irvine and Orange County.  The speakers discussed the prejudices, stereotypes, and racist behavior they endured. 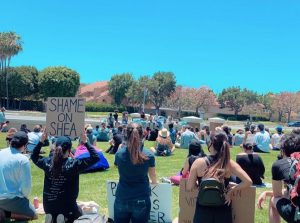 At one point during the protest, one speaker shared a recent interaction she had with current Irvine Mayor Christina Shea on a Zoom call.  A group had prepared some information to share with Shea in response to the Mayor’s recent comments on social media criticizing the Black Lives Matter protests.  The young speaker expressed her disappointment in the Mayor continuously interrupting her and refusing to take her points seriously.

Over 300 people were in attendance on the lawn in front of City Hall, listening and holding up signs in support of the Black Lives Matter protests taking place across the country.

Last weekend, two other peaceful protests took place in Irvine.  To read more about them, and complaints regarding Mayor Shea’s tone-deaf comments on the Black Lives Matter movement, click here. 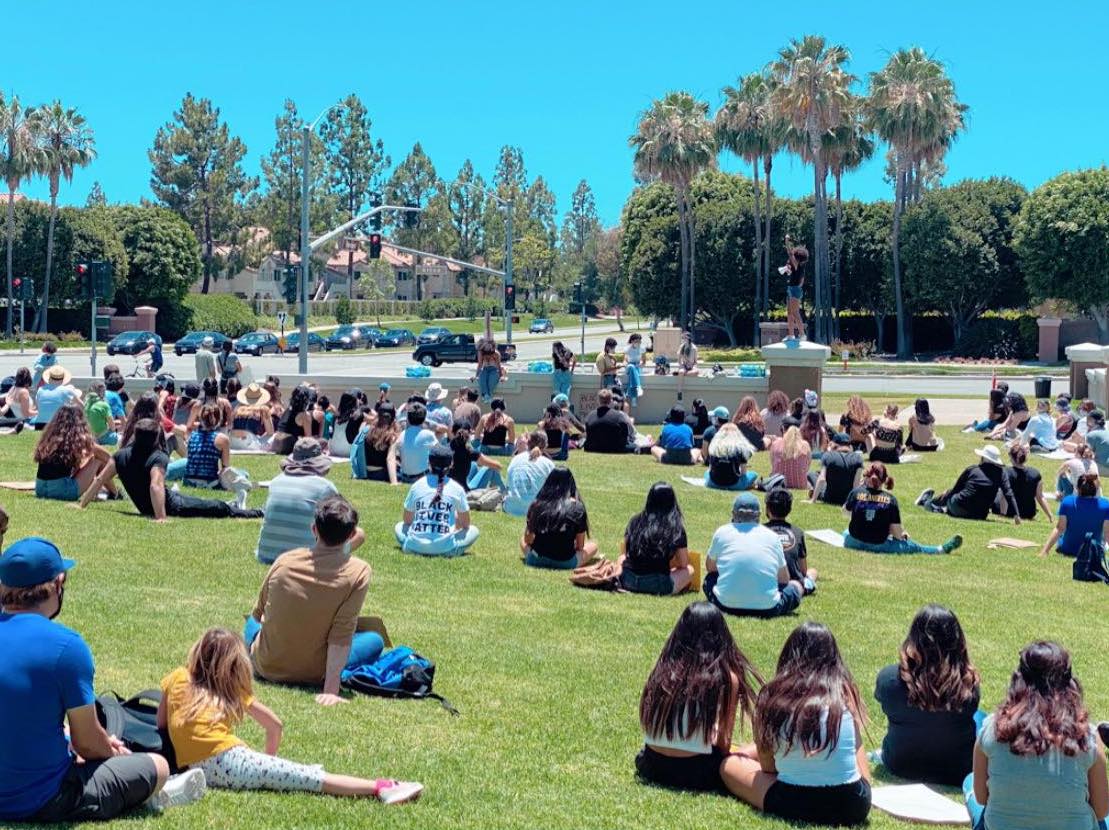