Science, Technology, and Environment: No More Kicking the Climate Crisis Down the Road

Humankind has 12 years left to make unprecedented cuts in greenhouse gas (GHG) emissions if we want to stave off unimaginably catastrophic effects of runaway climate change.

This is the hair-raising warning in last October’s report from the United Nations Intergovernmental Panel on Climate Change (IPCC), the global climate authority.  In this updated analysis, the worst effects of climate change will emerge with an average global temperature rise of just 1.5 degrees Celsius (2.7 degrees Fahrenheit).  Previously, a 2.0 degree Celsius rise was the IPCC’s best estimate of this tipping point. 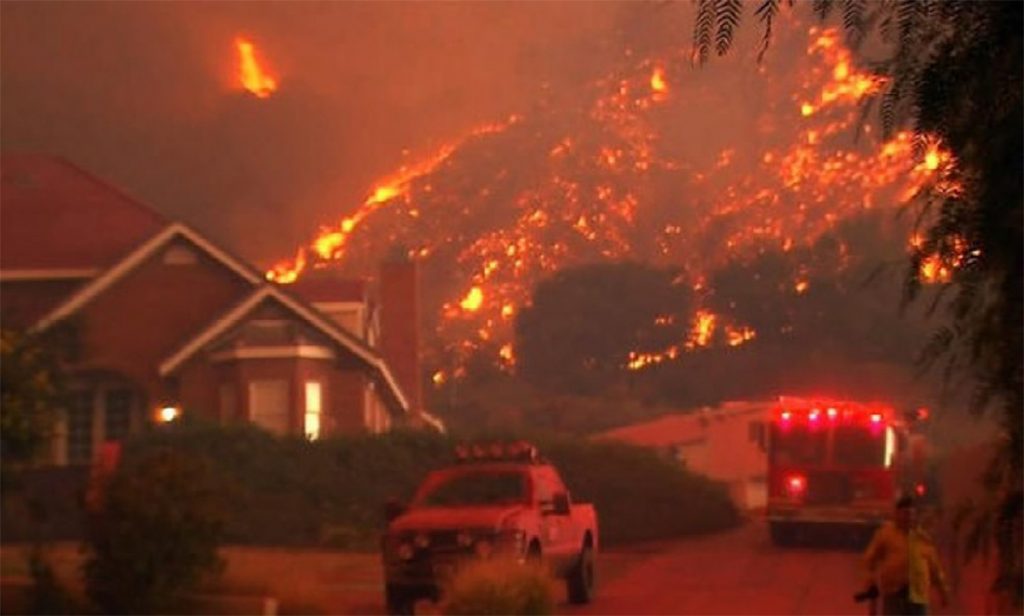 Climate crisis in U.S. and California

Adding to the angst, stark predictions of the impact of unchecked climate change on the economy, health and environment of the United States were released on November 23 in a major climate assessment prepared by 13 federal agencies.

Preventing the 1.5 degree rise necessitates, by 2030, a 45 percent reduction in GHG emissions compared to 2010 levels; and by 2050 all new emissions need to be balanced by removal of an equivalent amount of GHGs from the air.

At the current rate of GHG emissions, the 1.5 degree mark will be reached in 2040, producing a future defined by poverty, food shortages, coastal flooding, mass migrations, ferocious storms, intense wildfires, plus unrelenting heat making parts of the world unlivable.

Californians should need no convincing that climate change is already having dire consequences.  The latest example: Between California’s “worst ever” Camp Fire in the north and the simultaneous Woolsey Fire in the south, the death toll stands at nearly 100 with more than 20,000 structures destroyed.  There’s consensus that the warming climate’s exacerbation of drought, Santa Ana winds, and forest drying worsened the fires’ devastation.

If you still doubt that California is getting hotter, you need to know this:  Studies prepared by California State agencies show, from 1900 to the present, undeniable rises in air temperature, sea level, and acreage burned by wildfires, as well as shrinking of glaciers in the Sierras.

What is our government’s plan to address climate change’s existential threat to our own and our children’s future?

There are no signs that President Trump intends to do anything. He’s pledged to increase the burning of coal and withdraw the United States from the 2015 Paris Climate Accord.  He has issued executive orders to roll back Obama-era climate measures, including those that reduce GHG emissions from power plants and limit drilling for oil and gas off America’s coastlines. In response to the alarming predictions of his own administration’s climate assessment, Trump said, “I don’t believe it.”

The power to confront the crisis

Though it’s maddening to think that Trump might undo more climate regulations, it’s critical to understand that only Congress has the power to trigger the sweeping transformation of the world energy economy needed to meet IPCC’s 12-year deadline.

Importantly, there’s strong agreement among economists (conservatives and liberals) that there is a realistic answer to climate change: The centerpiece is a market-based solution that puts a gradually rising fee on carbon emissions to implement the transition from a fossil fuel-based global economy to one reliant instead on renewable energy sources.  Congress needs only to pass a revenue-neutral price on carbon as it enters the economy (at the oil/gas well, at mines or at ports) along with a border tariff on imports imposed on countries that fail to follow suit.

Revenue-neutrality means that the money collected is passed back to American households — for example, as a monthly cash dividend.

A carbon fee does not prevent governments from also implementing other strategies to accelerate the shift to green energy, like building infrastructure for public transportation, offering subsidies for electric vehicles and clean energy, and setting limits on GHG emissions from vehicles and stationary sources.

It’s the size of the U.S. economy that empowers us to lead the world to a green energy future.  As citizens of a planet in crisis, now is not the time to stay silent and assume Congress will be intransigent. In fact, there is reason to believe that, with strong public support, climate change could become a top priority in January’s newly seated Congress.  In the outgoing Congress, the bipartisan House Climate Solutions Caucus grew to 90 members (half Republicans), and a bipartisan House carbon fee and dividend bill was recently introduced.

In the new Congress, all seven Orange County House districts are represented by Democrats, who will be the majority party in the House.  If they frame climate change as a bridge issue facing all Americans, instead of a wedge between parties, a real conversation in Congress about tackling climate change is possible.

As frightening as the predictions of the IPCC are, we are not yet cooked.  We can direct our House members representing Orange County to fulfill this most fundamental obligation to the public — to protect us from the clear and present danger of climate change while there’s still time.

Nothing short of the planet’s livability is at stake.

Next time:  Action items that we can and should undertake locally to do our part in overcoming the climate crisis.