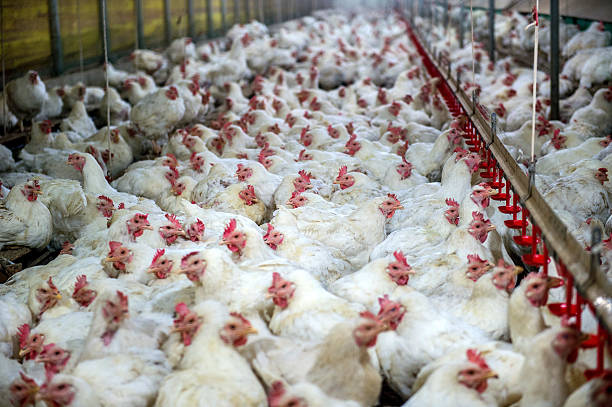 Chickens squeezed together at a factory farming facility

I’ve wasted too much time lately combing the news for an answer to a crucial question about pandemics like Covid-19: Are they inevitable?

Newscasters and the scientists, doctors and politicians they interview rarely venture beyond daily counts of the stricken to explain why we have pandemics.  I suspect it’s because the answer is harder to stomach than the horror of the pandemic itself.

Animals that humans raise for food are typically the intermediary hosts of viruses between the wildlife in which they arise – e.g. bats and wild birds – and humans.  Consequently, pandemics are a price we pay for eating animals and otherwise using them.

Comedian and political commentator Bill Maher came close to getting it right during the pithy New Rules segment of his April 10th show when arguing for naming Covid-19 the Chinese virus because it seemingly jumped to humans in China’s “wet markets” where live fish, poultry and mammals – including exotics like bats, raccoon dogs and civet cats – are slaughtered on site to satisfy the palate of some Chinese for fresh and exotic meats.

Maher was correct that Chinese wet markets might be culpable for a number of lethal human virus outbreaks, including SARS coronavirus in 2003 and H7N9 Avian flu in 2013.

However, Maher’s initial foray into the origin of pandemics overlooked the uncomfortable fact that Americans’ insatiable taste for animal meat was at the root of other killer virus outbreaks.   The H1N1 swine flu of 2009 emerged from a pig confinement operation in North Carolina and was a mutated descendant of a swine flu virus that sprang from U.S. factory farms in 1998.  And, even though Chinese chicken farms are credited with the deadly H5N1 bird flu outbreak of 1997 (which killed 60 percent of infected humans), just five years ago a similar bird flu broke out in U.S farms, prompting the slaughter of tens of millions of chickens and turkeys. 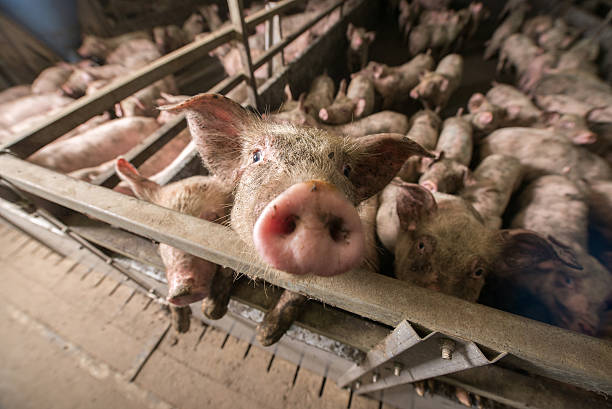 Pigs at a factory farming facility

Also, the 1918 Spanish flu that killed over 50 million people worldwide apparently sprang from farms in Kansas, possibly via pigs or sheep, before transmitting around the world via World War I U.S. soldiers.

To his credit, Maher subsequently course-corrected in an April 24th New Rules segment, proffering that “factory farming is just as despicable as a wet market and just as problematic for our health” and “torturing animals is what got us into this mess.”

U.S. factory farms provide 99% of Americans’ meat, dairy and eggs and are ideal breeding grounds for infectious diseases because of the crowded (and unspeakably inhumane) conditions in which animals are kept.  Hence, an overwhelming preponderance of medically important antimicrobials sold nationally are used in food-producing animals.

Many virus pandemics have much to do with society’s dietary choices.  Plants do indeed get viruses, but genetic studies provide no evidence that plant viruses are causative agents of disease in humans.  A pandemic from eating lentils and broccoli seems highly unlikely.

Humans readily accept the suffering animals endure to satisfy our appetite for meat, and pandemics are just one of the painful costs to us.  Others include cardiovascular disease, diabetes, antibiotic resistance, global warming, rainforest destruction and aquifer depletion.

For those who believe that only meat can provide adequate protein to fuel our brains and bodies, consider that Socrates was vegetarian and Patrik Baboumian, dubbed “strongest man on earth,” is vegan.

An athletics documentary available on Netflix, The Game Changers, is an eye-opening starter for doubters that a plant-based diet can sustain optimal health.

Historically, epidemics and pandemics have led to important advances in public health, like widespread understanding of the germ theory, improved sanitation, penicillin and vaccinations. What will Americans learn from Covid-19?

Will we rethink the decades-long erosion of the social safety net, including lack of universal healthcare and opposition to guaranteeing all workers a living wage?  Will we reconsider the true value to society of so-called “unskilled” workers, like supermarket checkers, who put themselves at risk now every time they show up for work?  And what does it say about our priorities that meat factories are being forced to continue to operate despite high rates of Covid-19 infections among the workers?

Both history and science tell us that, unless we do something different, the next pandemic is somewhere just around the corner.  This is driven home by study findings just published in April of six new coronaviruses discovered in Myanmar bats.

My hope is that the global heartache and societal disruptions from Covid-19 will spur a conversation that reaches deeper than blaming pandemics on wet markets and factory farming, but rather confronts humanity with the very real connection between pandemics and eating animals.

Sarah Mosko, PH.D.
Sarah Mosko is a licensed psychologist and sleep disorders specialist, with a background in neurobiology and basic science research that enables her to explain the science behind current environmental problems and solutions. She received her Ph.D. at Princeton University, and held an NIH Postdoctoral Fellowship at UC San Diego.
Latest posts by Sarah Mosko, PH.D. (see all)