On March 23rd, just minutes before the Council was scheduled to hear a report regarding the status of the Veterans Memorial Park, Mayor Farrah Khan publicly announced that the Council had received a letter from an attorney suggesting that Councilman Larry Agran had a possible conflict of interest.

After being asked by Khan to address the letter, City Attorney Jeff Melching told the Mayor that he had received the letter earlier in the day but hadn’t had time to properly review it.  Then, Melching stated that the letter questioned Agran’s long history of support for the citizen-led Build the Great Park Veterans Cemetery committee as a possible conflict of interest now that Agran sits on the Council. 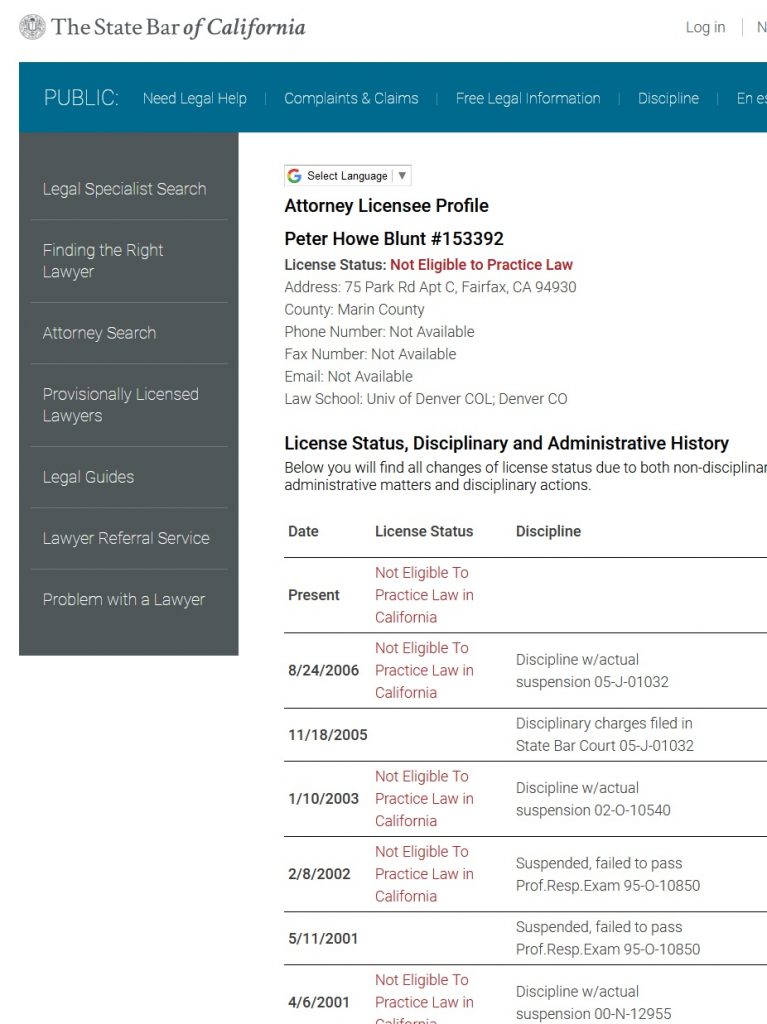 Irvine Community News & Views has learned that the letter, filled with false allegations, was sent by a man who claimed to be an attorney (Peter Blunt).  Our research shows that Blunt has had numerous ethics violations and is currently barred from practicing law in the state of California.

When asked about the matter, Agran commented: “I believe the Mayor intentionally used the letter — which neither the Mayor nor the City Attorney shared with me before publicly discussing it at the Council meeting — in an attempt to silence me.”

Agran continued: “I have made no secret of my support for the Veterans Memorial Park & Cemetery on the ARDA site.  In fact, I ran for City Council on that issue!  But since I joined the Council, the Mayor has done everything in her power to stop the project from moving forward.  She refuses to allow the Council to even discuss it.  Instead, she keeps pushing a false narrative about the State having to select one of two sites.  The fact is, Mayor Khan has been informed by multiple attorneys — including State Senators Dave Min and Tom Umberg — that there is only one legally available site for the Veterans Memorial Park, and that is the ARDA site.”

As is the case during most Council meetings, dozens of Irvine residents addressed the Council, urging them to move forward at the ARDA site.  And once again, the Mayor ignored those requests, doubling-down on her support for the $700,000 State study of two sites — nearly a year after the City officially designated the 125-acre ARDA site at the Great Park as the only legally available property for a Veterans Cemetery within the City of Irvine.