Why is the State Being Asked to Study 2 Sites for the Veterans Memorial Park … Even Though Only 1 Site is Legally Available?

During the March 23rd City Council meeting, Mayor Farrah Khan requested that the California Department of Veterans Affairs (CalVet) make a presentation regarding the process and timeline for studying two separate sites for the proposed Veterans Memorial Park & Cemetery. 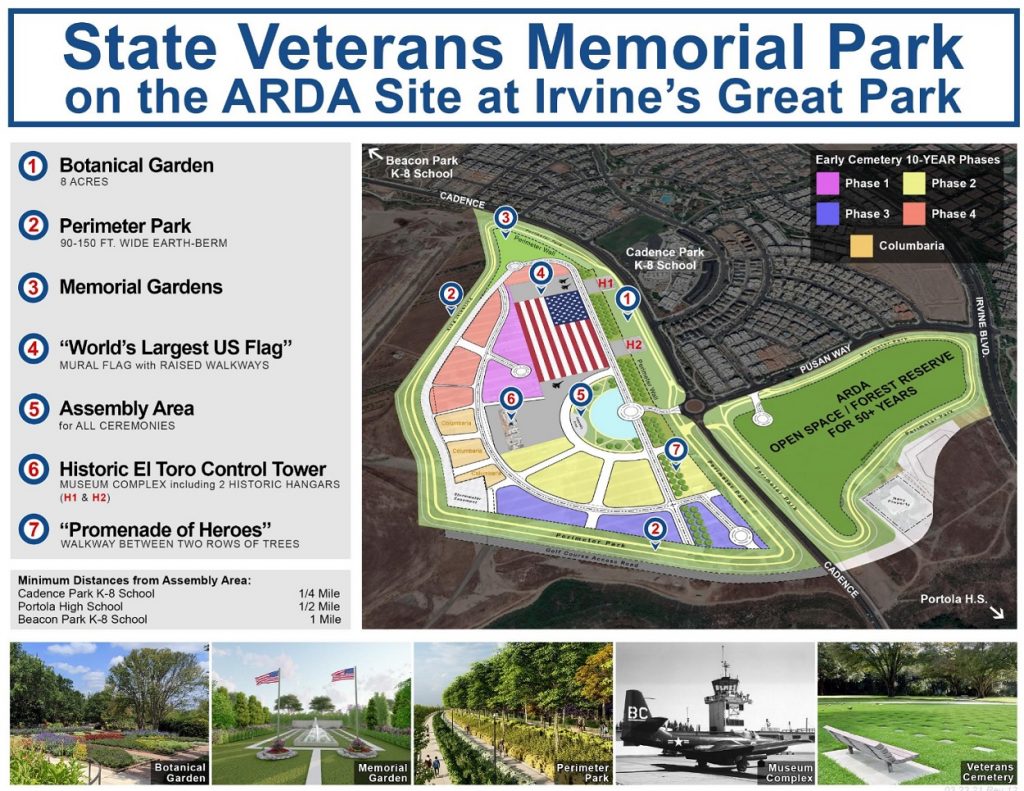 Khan’s request has left many residents wondering why the State is being asked to spend $700,000 to study two sites — nearly a year after the City officially designated the 125-acre ARDA site at the Great Park as the only legally available property for a Veterans Cemetery within the City of Irvine.

Khan, along with Councilmembers Mike Carroll and Anthony Kuo, voted last May to adopt the citizens’ initiative, signed by 19,790 Irvine residents, which rezoned the ARDA site as the exclusive location for our Veterans Memorial Park & Cemetery.

Khan, Carroll, and Kuo are now presenting a false narrative.  They are suggesting that the City Council can ignore last year’s Council vote, have CalVet conduct a $700,000 study, and then select a completely different site based on the results of that study.  The fact of the matter is, by law, they cannot do that.

On March 19th, the Orange County Register published an opinion piece by California State Senators Dave Min and Tom Umberg, who explained that, by adopting the citizens’ initiative last year, Khan, Carroll, and Kuo officially designated the ARDA site as the only piece of property within the City of Irvine available for a Veterans Cemetery.

In their letter, Min and Umberg (who are both experienced attorneys) made it clear that the ARDA site is the only legally available site for the Veterans Cemetery, and if the Council tries to select a different site, the project will be tied up in legal battles for years, costing the City millions.

Irvine Community News & Views has contacted several political consultants.  These professional political consultants are quietly questioning why Khan, a Democrat, continues to ignore the advice of her Democratic colleagues in the State Senate, who have been trying to help the Mayor (and Council) fulfill the City’s promise for a Veterans Memorial Park & Cemetery at the ARDA site.  As one consultant said, “It’s politically dangerous the way the Mayor is disregarding the will of the people she was elected to serve … and, now, also disregarding two of the Democratic Party’s most respected State Senators.”