CityWatch: Bending to the Will of the People

For many of us, the May 12, 2020 Irvine City Council meeting will long be remembered as a moment of supreme triumph for the people of Irvine.  In a virtually empty City Council Chamber — closed to the public because of the COVID-19 pandemic — Councilmembers nevertheless felt the pressure of 19,790 Irvine residents who had signed the Build the Great Park Veterans Cemetery Initiative, demanding action.

In the end, the Council was compelled to bend to the will of the people.  Visibly unhappy about it, they voted (4-to-1) to forego putting the Initiative on the November ballot.  Instead, they adopted the Initiative word-for-word as a binding City ordinance that restored the previously planned and approved State-built, State-operated Veterans Memorial Park & Cemetery to the original 125-acre “ARDA” site in the Great Park. The project was originally approved in 2014.

At the May 12th Council meeting, Mayor Christina Shea was alone in voting NO.  Shea voted against the Veterans Cemetery at the ARDA site, just as she voted NO in 2014 and many times since.

Six months ago, Mayor Shea and Councilmember Mike Carroll — with backing by developer FivePoint — led the charge to rezone the ARDA site for massive office, commercial, and industrial development.  Our Build the Great Park Veterans Cemetery Initiative was designed to replace the unpopular Shea-Carroll zoning.  The Initiative provides that the ARDA site is zoned exclusively to accommodate a beautiful 125-acre Veterans Memorial Park & Cemetery, including trees, trails and memorial gardens along the 2-mile perimeter of the site. 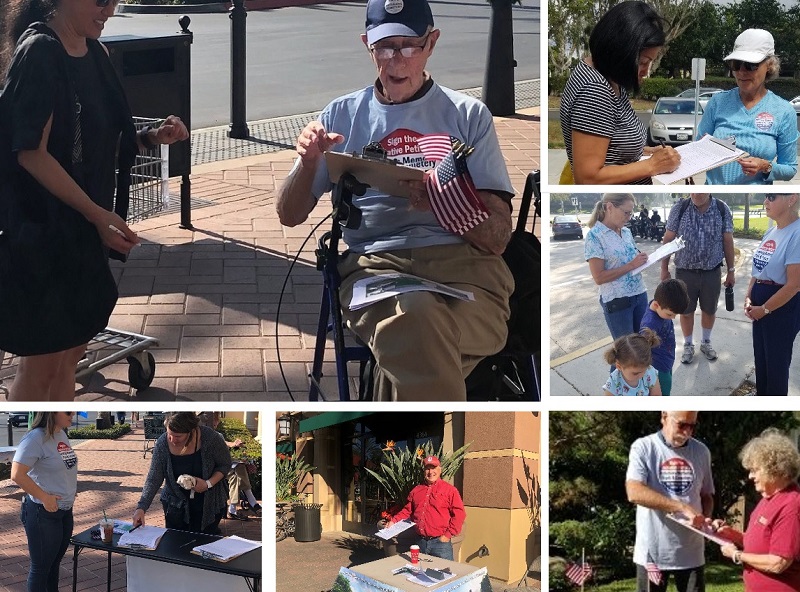 Credit goes to volunteers
As the author and official proponent of the Initiative, I’m proud that our Initiative has become law…and without the need for a nasty ballot measure election, fueled by millions of dollars in developer money.  While I’ve received countless emails and congratulatory phone calls, credit for our success really goes to the scores of citizen volunteers who put up hundreds of lawn signs and gathered thousands of signatures — one-at-a-time — to qualify our measure.  A special shout-out goes to long-time Irvine resident and amazing Volunteer Coordinator Tom Chomyn, who organized the record-breaking signature-gathering drive.

Do the right thing
A few words of caution: I know from experience that developers and other big-bucks special interests don’t quit easily.  That’s why we can’t let our guard down.  It’s about momentum.  Now that the people of Irvine have decided this land-use matter once and for all, it’s time for Governor Gavin Newsom and our Orange County legislative delegation to muster the resources in Sacramento — even in these hard times — to do the right thing.  These political leaders should keep their promise to fund, build, and operate the Veterans Memorial Park & Cemetery on the City-owned, 125-acre ARDA site at the Great Park.  The total cost of the construction project, budgeted over the next 3-4 years, is officially estimated to be $62.7 million.  For the record, that’s less than the cost of one railroad underpass in Irvine — and we have three!  Measured otherwise, the Veterans Cemetery project is just 1/20,000th of the annual State Budget.

At the same time, the iconic World War II aircraft control tower and original airplane hangars on the ARDA site should be preserved as historic features for possible restoration and repurposing as a Great Park Aviation Museum.  In addition, City officials should order the expedited planning and implementation — within one year — of a system of beautiful trees and trails along the entire 2-mile perimeter of the ARDA site, just as the Initiative provides.

Finish the job
A final note: Whether it was intended to be cynical or sincere, after the 4-to-1 Council vote, Mayor Shea alluded to having staff quickly organize some kind of dedication or groundbreaking at the ARDA site.  My advice?  Skip it.  This sounds like just another photo-op for politicians in advance of the November elections.  I agree with Ed Pope, founding Chair of the Build the Great Park Veterans Cemetery committee, who told me: “Let’s save the dedications and self-congratulations until construction of the Veterans Memorial Park & Cemetery is actually under way, and Phase I of the project becomes operational.  Pandemic or not, let’s save the high-fives until we finish the job we set out to do!”