Introductory Note from Publisher Franklin J. Lunding:   I am pleased that Larry Agran — former Irvine City Councilmember and Mayor — has accepted my invitation to become a regular contributor to ICNV’s CityWatch page. We couldn’t have a more knowledgable “watchman” when it comes to Irvine civic affairs.   – FJL

As I see it, this space — this CityWatch page — provides an opportunity for us to come together as a community and focus on the priority issues facing Irvine.  It’s an opportunity, as well, to take the measure of whether our community leaders are  responding effectively to the challenges we face.  So, here are several priority issues that I intend to write about in 2017.

Priority No. 1:   Growth ,   Development, Traffic & Overcrowding.  By any measure, the top priority issue in Irvine is uncontrolled residential growth and development — and the traffic mess and school overcrowding it produces.  With our Mayor and City Council apparently refusing to enact any growth-control policies, things are getting worse — literally by the day.  Take a look at the chart on this page, and you’ll see what I mean.  You can be sure I’ll have much more to say about this in the months ahead.

Priority No. 2: Toxic Contamination at Portola High School.  The $300 million Portola High School, now occupied by teachers, staff, and 400 ninth-grade students, is on a 40-acre school site that is widely contaminated with toxic petrochemicals, including cancer-causing benzene and benzene derivatives, and toluene and other dangerous neurotoxicants.  The site-wide contamination is likely the result of decades of massive dumping of fuels and solvents associated with military aircraft operations at the former El Toro Marine Corps Airbase.  This is a scandal that endangers the health and safety of students, teachers and staff.  And, yes, it endangers Irvine taxpayers as well in the event of legal liability.  I salute Dr. Harvey Liss and ICNV (see pages 13-15) for this important investigative journalism — and for continuing to press for more testing. I’ll stay on top of this important story, too.

Priority No. 3: Veterans Cemetery in the Great Park.  In 2014 and again in 2016, the Irvine City Council made its will clear:  The City was dedicating 125 acres in the Great Park to build a Veterans Memorial Park and Cemetery, in accordance with the provisions of State law.  In recent months, there have been indications that Councilmember Christina Shea and Mayor Donald Wagner may soon again bring forward a “land-swap” scheme,” backed by developer FivePoint Communities, to derail the Veterans Cemetery so that FivePoint can build thousands more houses and apartments at the Great Park.  That would be a travesty.  I’ll keep our readers up to the minute on this important issue.

Priority No. 4:  TrumpWatch.   It matters who is President.  What President Trump has in mind — repealing the Affordable Care Act (Obamacare), de-funding women’s health care, waging a war on immigrants, slashing environmental protections — has real consequences affecting thousands in our City.  It is imperative that our Mayor, City Council and School Board members stand up and speak out on these matters.  Irvine citizens — that’s you and I — need to speak out as well.  I will.  Will you? 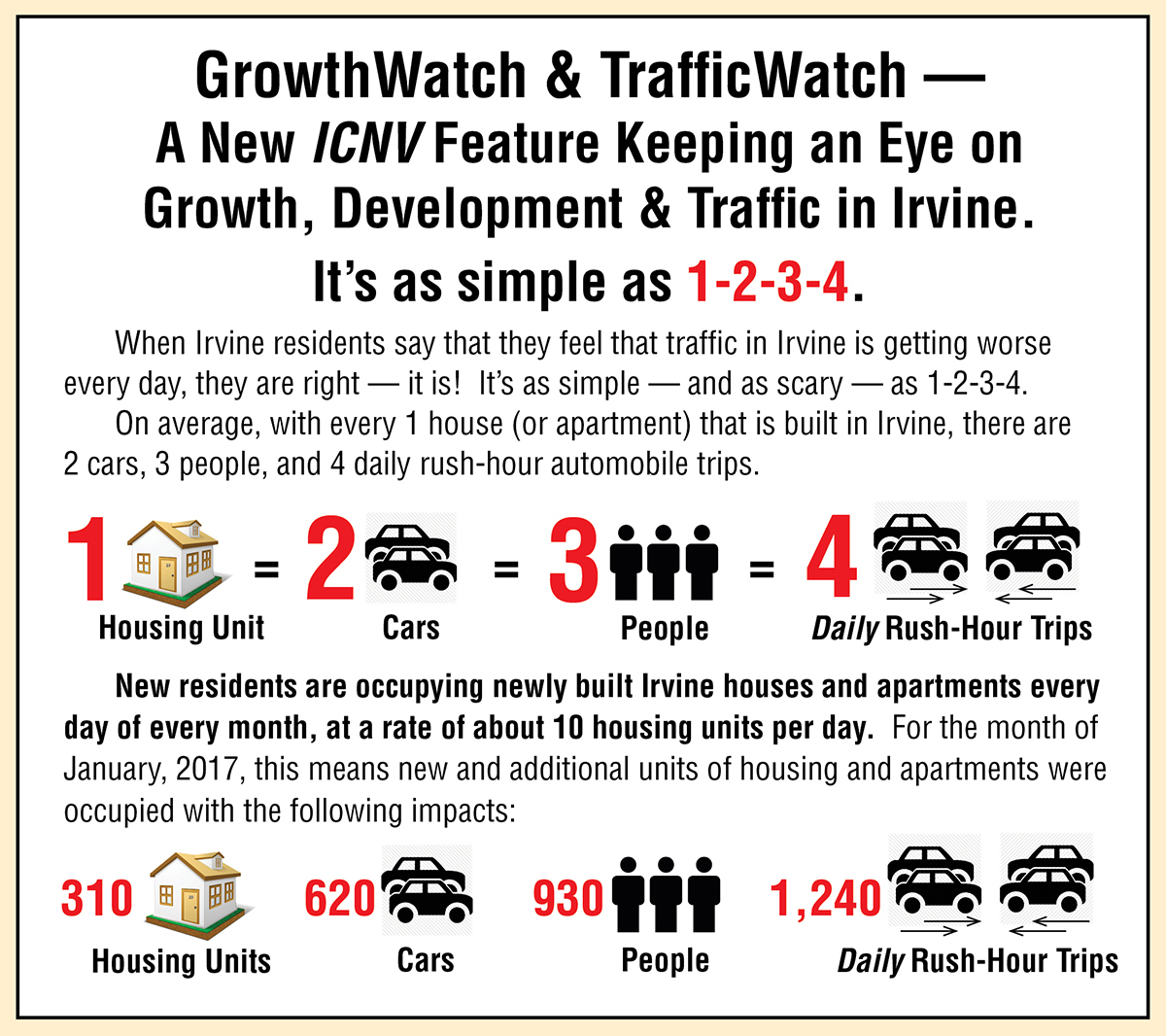