In Irvine’s 48 years as a planned City, some land-use decisions and projects have been so profoundly beneficial that they’ve earned the title “legacy projects.” As a former Mayor and Councilmember, I’ve been fortunate to play a role in advancing three of these citizen-driven projects.

Legacy Project No. 1 – Open Space.  In the 1980s, facing rapid development and vanishing open space, Irvine citizens demanded that the City and The Irvine Company enter into an open space agreement.  After years of negotiations, in 1988 Irvine voters ratified an historic Open Space Preservation Initiative that set aside more than 10,000 acres of natural open space and vast wilderness areas that will be forever protected, free of development.

Legacy Project No. 2 – The Great Park.  In the 1990s, when President Clinton ordered the decommissioning of the Marine Corps Air Station at El Toro, the County Supervisors immediately pushed for conversion of the airbase into a giant international airport, triple the size of John Wayne Airport.  Our idea — a better one — was to create a large metropolitan park.  After four countywide ballot measures, we finally prevailed in 2002, and now our 1,300-acre Great Park is being built over a 40-year period. 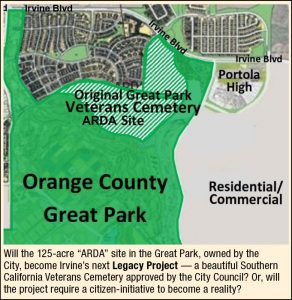 Legacy Project No. 3 – The Southern California Veterans Cemetery.  Beginning in 2013, City, State and Federal officials have advocated and approved a State Veterans Cemetery on 125 acres — known as the “ARDA” site — in our Great Park.  Since 2017, now-Mayor Christina Shea and developer FivePoint have worked to defeat the Veterans Cemetery on the ARDA site, wanting to replace it with massive FivePoint development.  A new State bill, AB 368 (Sharon Quirk-Silva), coupled with $20 million in first-year State construction money, has put us within months of beginning construction on the Veterans Cemetery.  Will this legacy project finally be approved by the Irvine City Council?  Or, like previous legacy projects, will it require yet more citizen activism and ballot initiatives?  We’ll soon know. 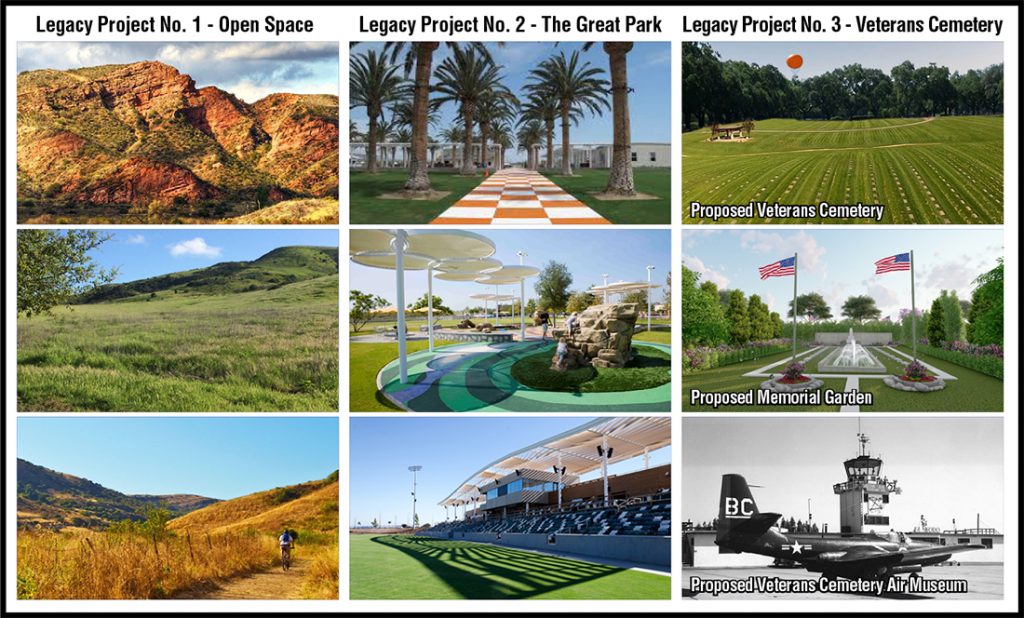