CityWatch: Q & A with Ed Pope, Chair of the committee to “Build the Great Park Veterans Cemetery” 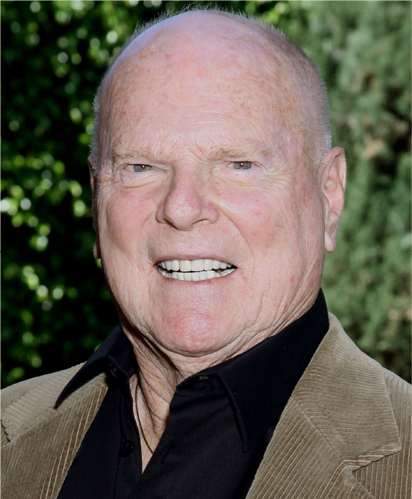 For the past five years, Ed has been urging the City Council to follow through on its pledge, first made in 2014, to transfer the City-owned 125-acre “ARDA” site at the Great Park to the State — so the State (CalVet) can quickly build and begin operating a beautiful Veterans Memorial Park and Cemetery, at no cost to the City of Irvine.

Ed Pope is a U.S. Army veteran and a retired, award-winning “High School Teacher of the Year.”  He has lived in Irvine since 1972 and has always been a civic activist, championing good planning that includes the establishment of the Veterans Memorial Park and Cemetery — at the Great Park.

Since May, Ed has been recovering from a stroke.  Nevertheless, he and his committee volunteers have been on the move — launching an initiative to once-and-for-all get the Veterans Cemetery built and operational.  Ed recently explained the go-forward strategy to me when I sat down with him for an interview.   – LA

Q. First, how are you doing, Ed?
A. Well, as you know, I had a stroke a few months ago.  I’ve been making a good recovery, helped by many friends and well-wishers.  I’m not at full strength yet, but I’m gaining ground every day.  And, I’m more determined than ever to complete our mission: to implement the will of the people and finally get the 125-acre ARDA site at the Great Park transferred to CalVet to build and operate our Veterans Memorial Park & Cemetery.

Q. So, here’s the question: Just how do you propose to do that when the Mayor and developer FivePoint are so determined to delay and defeat the Veterans Cemetery project?
A. The political reality is this:  With its big campaign donations and other favors, billion-dollar-developer FivePoint now controls Mayor Christina Shea, Councilman Anthony Kuo, and newly appointed Councilman Mike Carroll.  These three do whatever FivePoint wants.  And FivePoint clearly wants to block the planned Veterans Cemetery at the Great Park ARDA site and get control of the property for its own massive development and profit.

Do you remember their “Measure B” land-grab scheme to replace our planned Veterans Cemetery at the ARDA site with 812,000 square feet of development?  Well, we used one of the tools of direct democracy — the right of referendum — to gather enough signatures to force the City Council to put their corrupt deal on the ballot last year, where it was soundly rejected, 63 percent to 37 percent!  As Irvine voters, we actually stopped their corrupt scheme.

But then, led by Shea, certain Councilmembers arrogantly ignored the will of the people and came up with still more schemes to replace the planned Veterans Cemetery at the ARDA site with FivePoint development.

And, so, we are now resorting to a second tool of direct democracy — the right of initiative. We are exercising our right, under the State Constitution, to draft our own law which, once adopted by Irvine voters, effectively commands the City Council to transfer the ARDA site to the State to build the Veterans Cemetery.  Of course, we have to gather more than 15,000 signatures to get our “Build the Great Park Veterans Cemetery” initiative on the ballot. That’s a big task!

Q. What, specifically, does the initiative provide?
A. The initiative provides that the original 125-acre ARDA site will be the exclusive location for the State-built and State-operated Veterans Memorial Park & Cemetery.  And the City Council must transfer the property to the State for this purpose.

Q. Aren’t you worried that Shea, Carrol and others will continue to look for ways to thwart your citywide Initiative effort and defy the will of the people?
A. At some point, in a representative democracy, it’s about honoring and respecting the will of the people.  Christina Shea clearly doesn’t.  Neither do Councilmembers Mike Carroll and Anthony Kuo.  When things get that bad, the third tool of direct democracy — recall — comes into play.

The power of recall gives Irvine voters the right to gather enough signatures to force a special election to remove these individuals from office and replace them with new elected officials.

It looks like that’s where things are headed in Irvine, especially regarding Shea and Carroll, who not only disregard and disrespect the will of the people; they weren’t even elected to the positions they hold in the first place.  They got their positions through a series of secret, backroom deals that were orchestrated by developer FivePoint and that have undermined our local Irvine democracy.