CityWatch (October): The Decision is Yours • VOTE!

If you are an Irvine voter, concerned about the direction of our City, you can actually help put Irvine back on the right track.  And you can do it right away.

On November 6th, Election Day, you and your friends and neighbors can rescue our City from the kind of developer control that has corrupted our City Council and our planning process, bringing us rampant overdevelopment and the citywide traffic nightmare we experience every day.  You can rescue our City from a Mayor and City Council majority that ignores the will of the people and arrogantly refuses to start building the long-planned Veterans Cemetery in the Great Park.

On November 6th, Election Day, you have the power to restore City Hall to its rightful owners — the people of the City of Irvine.

Measure B was the landswap-and-development scheme to replace our long-planned Veterans Cemetery in the Great Park with 812,000 square feet of office and industrial development, bringing 10,000 added cars and trucks to Irvine streets every day.  In fact, only three candidates — Ed Pope for Mayor and Jaci Woods and Frank McGill for Council — showed the courage to lead the fight to defeat Measure B, 63% to 37%.  I decided weeks ago that they have earned my three votes.  Have they earned yours?

I’m personally and enthusiastically supporting Ed Pope for Mayor, who chaired the remarkable “NO on B” referendum campaign, and Jaci Woods and Frank McGill for Council, who both appeared in popular videos and helped lead the way to victory. The three, of course, have pledged that if they are elected, their first order of business will be to vote to immediately commence construction of the Veterans Cemetery on its original 125-acre site in the Great Park…as promised and planned. 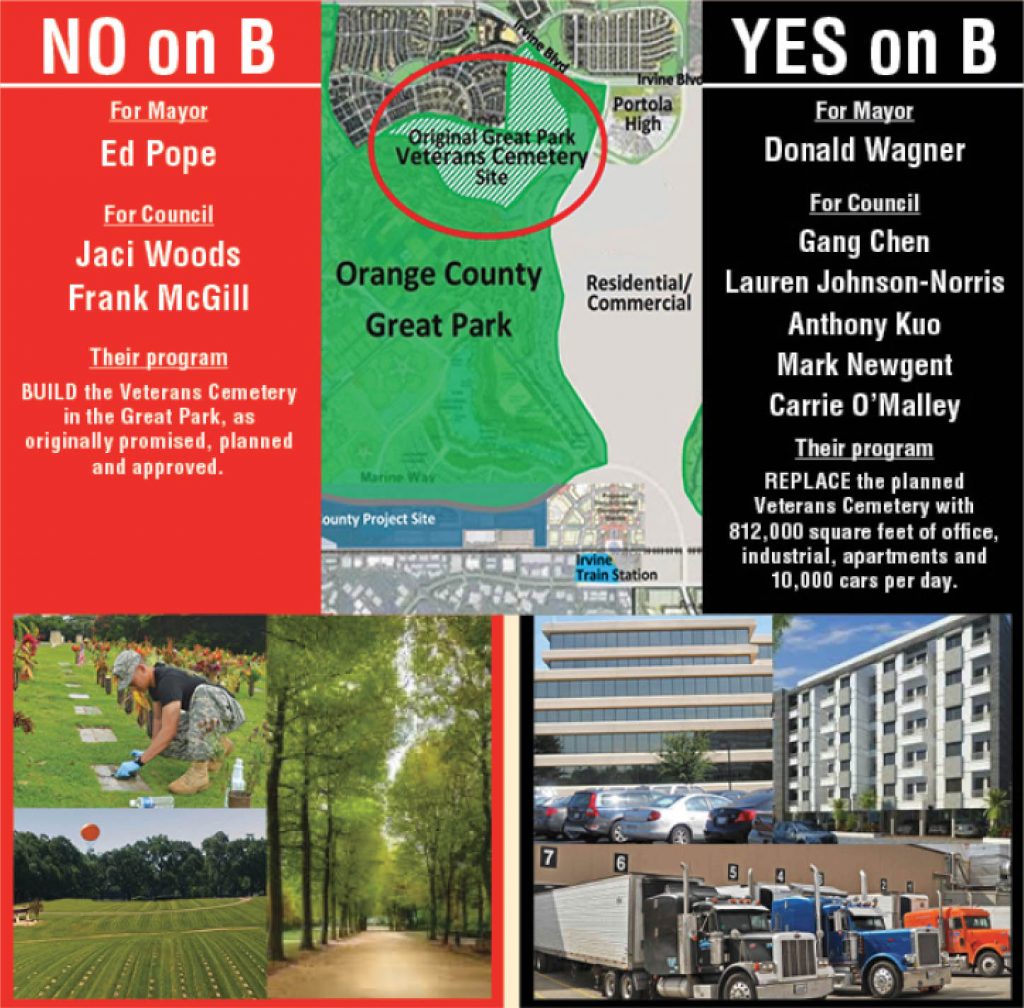 For more information about Ed, Jaci and Frank, you can visit their websites at: