CityWatch (November): Two Teams. Two Visions. Which Side Are You On?

Here is what’s at stake in our November 6th City election.  We can elect a new Mayor and City Council majority — Ed Pope for Mayor and Jaci Woods and Frank McGill for City Council.  These three will redeem our historic, June 5th “NO on B” victory — and immediately begin building the Veterans Cemetery at its planned and approved original site in the Great Park. 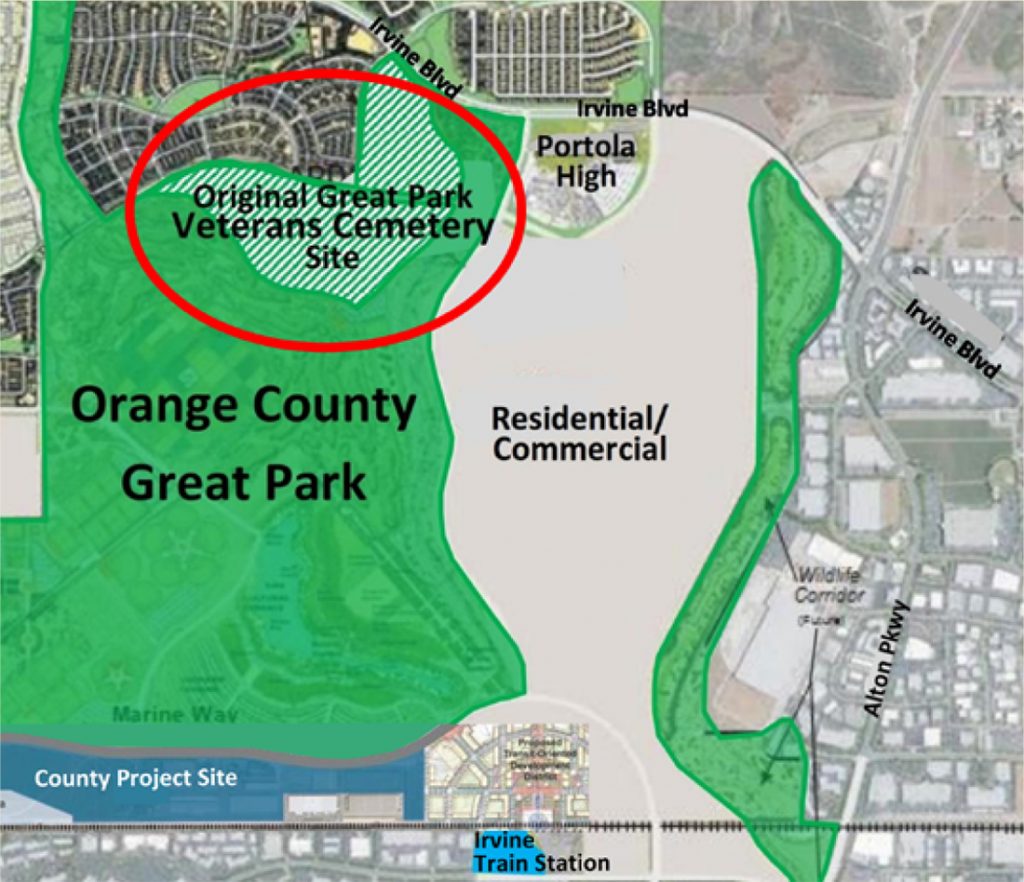 Or, voters can make the mistake of electing Donald Wagner and his “YES on B” team — Wagner for Mayor and Anthony Kuo and Carrie O’Malley for City Council.  These three will continue to do the bidding of developer FivePoint, coming up with more schemes and delays and giveaways to allow FivePoint to replace our planned Great Park Veterans Cemetery with massive development.

From 1995 to 2005, the City of Irvine — all of us together — spent more than $30 million fighting the County Supervisors and developers who wanted to put an international airport at the former El Toro airbase.  I know — I was there in the forefront of that fight.  In the end, we won, and we secured 1,300 acres to begin building our Great Park, now under construction.

Then, in 2014, we had the good sense to set aside 125 acres of our Great Park for a Veterans Memorial Park and Cemetery, which quickly gained state and federal approval.  We were ready to start construction in 2017, when newly elected Mayor Donald Wagner pulled the plug on the entire Veterans Cemetery project, at the behest of developer FivePoint.  Their outrageous scheme was to replace the Veterans Cemetery with massive development that would bring 10,000 added cars and trucks to Irvine streets, every day.

This past June 5th, Irvine voters finally said, “Enough is enough!”  FivePoint’s land development scheme — ballot Measure B — was rejected overwhelmingly, 63% to 37%.  Thanks to the leadership of Ed Pope, Jaci Woods, and Frank McGill and the 28,638 Irvine residents who voted “NO on B,” developer FivePoint — after spending $1 million in a failed effort to buy the election — was defeated.

But now FivePoint is at it again.  They are spending yet another million dollars, this time to elect their YES on B Team. So, which side are you on?  VOTE! 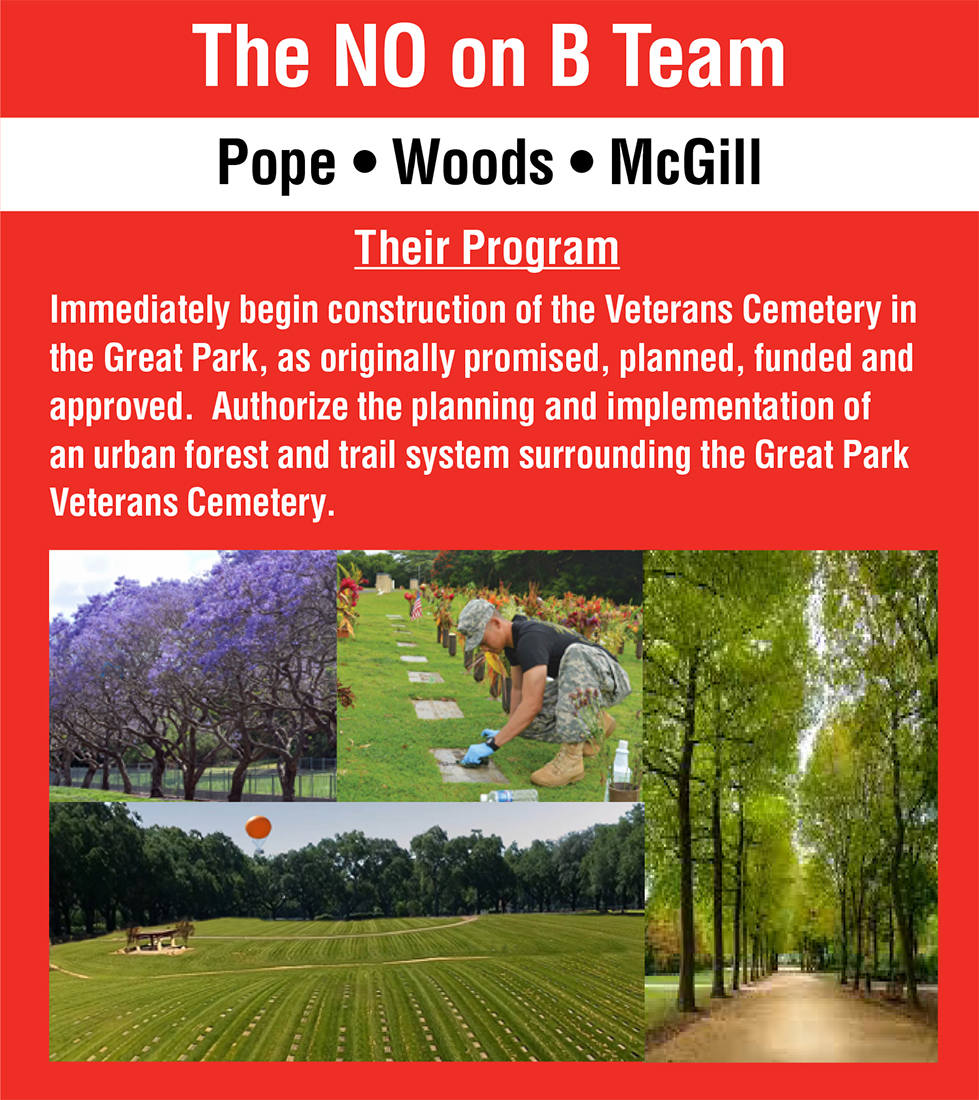 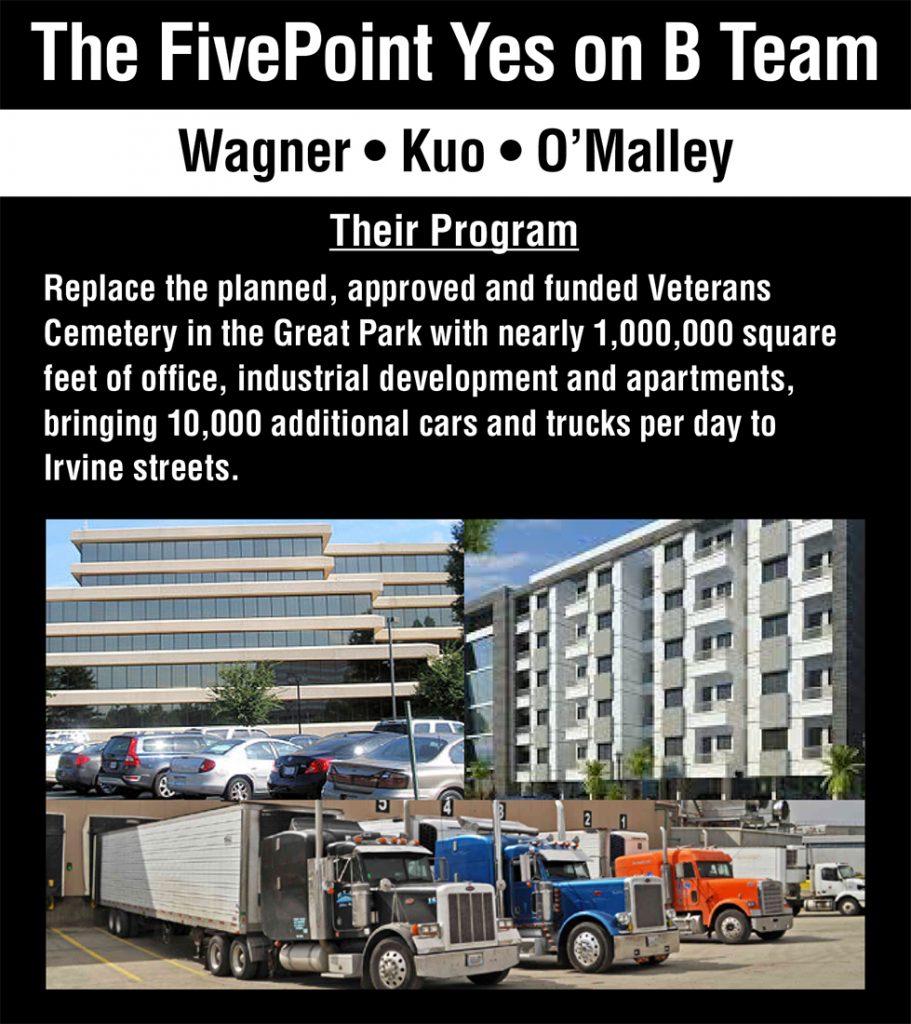