“We call B.S.!”  That’s what high school senior Emma Gonzalez and other surviving teenagers of the Valentine’s Day mass shooting at Stoneman Douglas High School in Parkland, Florida are saying to the “grownups” — to State legislators, the Governor, Members of Congress, and the President.  They are especially “calling out” the craven politicians who take money from the gun lobby and other special interests and, in return, fail to safeguard the public.

Yes, We Call B.S.!  It’s time to call out the gun lobby and the stranglehold that they have on our politicians.  But it’s time that we also call out the entire corrupt connection between all kinds of powerful special interests and the cowardly elected officials they cultivate and manipulate.  Let’s be honest:  This individual and institutional corruption is destroying American Democracy and representative government at every level of our society — nationally, statewide, and at the local level as well.

Yes, it’s time that We Call B.S. on the corrupt connection that is at work here in Irvine, too.  For years now, developer FivePoint Communities has been running roughshod over Irvine citizens and our City government, getting Councilmembers to rubber-stamp and become cheerleaders for their wildly excessive development schemes.

Front and center, of course, is FivePoint’s complicated “land-swap” — really a land-swindle and land-grab — adopted by the City Council last year.  On a 3-to-2 vote, with Councilmembers Jeff Lalloway and Lynn Schott dissenting, the Council voted to: first, abandon the State and Federally approved, and pre-funded, 125-acre Veterans Cemetery in the Great Park; second, transfer ownership of the property in the Great Park from the City to FivePoint, along with major zone changes that replace the planned Veterans Cemetery with massive, high-intensity development — 812,000 square feet of office, commercial, manufacturing and industrial development — that will bring 10,000 added daily auto and truck trips to Irvine Boulevard, Sand Canyon, Jeffrey, and other streets throughout Irvine; and third, re-locate the Veterans Cemetery to a faraway site, outside the Great Park, next to the busy, noisy, and polluted interchange of the I-5 and I-405 freeways.

Who is helped and who is hurt by this deal that Councilmember Schott has called a “giveaway” of our Great Park?  Clearly, multi-billion-dollar developer FivePoint is helped.  Mayor Donald Wagner admitted as much when he said at a Council meeting last year, “FivePoint is going to make some money off of this.  Yep.  Yep.” 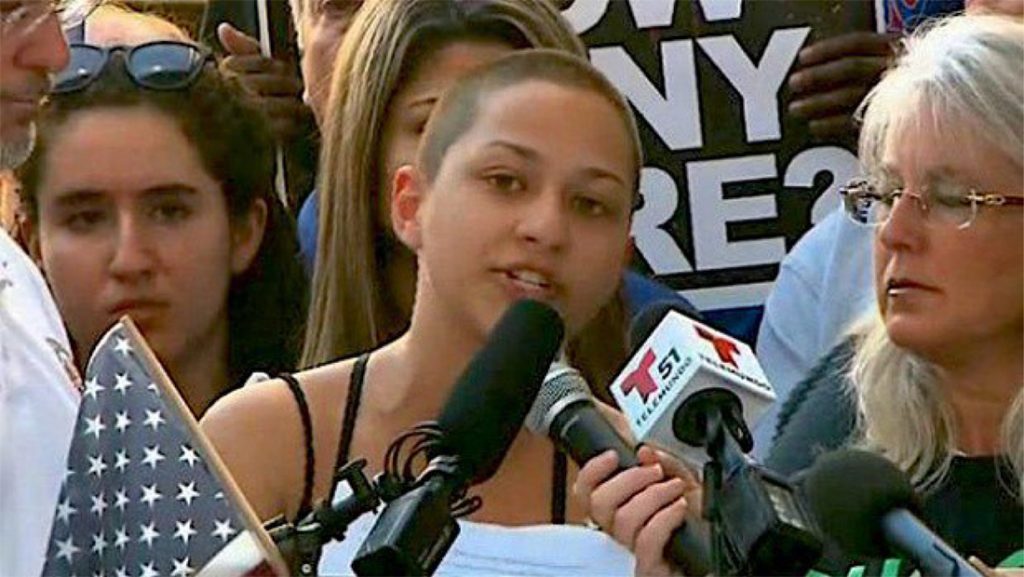 “We call B.S.!” High school senior Emma Gonzalez calls out cowardly politicians who are taking money from the NRA and other special interests, and then voting against the public interest.

Well, according to experts, what Wagner calls “some money” amounts to as much as $500 million or more in quick real estate profits for FivePoint.  And, at whose expense?  At the expense of the people of Irvine — at the expense of Irvine veterans and their families, and all residents across the City who would lose the promised, beautiful 125-acre Veterans Cemetery in the Great Park, only to find it replaced with intense FivePoint development.  Our beautiful Great Park will shrink by 125 acres, or nearly 10 percent.

Special losers in this “giveaway” are nearby residents, close to the Great Park, who will have to endure tremendous additional traffic, noise, and air pollution — and a diminished quality of life.

Why would three Councilmembers — Mayor Don Wagner and Councilmembers Christina Shea and Melissa Fox — vote for such a lopsided development scheme, now known officially as Ordinance No. 17-08?  The disturbing fact of the matter is that during the past two years, FivePoint and their business and corporate allies spent more than $1 million to elect pro-developer Don Wagner as Mayor, to re-elect Christina Shea as Councilmember, and, more recently, to shower Councilmember Melissa Fox with thousands of dollars in donations and other political favors.  Wagner, Shea and Fox, in turn, vote the FivePoint development agenda 100 percent of the time, regardless of how much it hurts the people of Irvine.

Will Irvine Voters Strike Back?

Teenagers in Parkland, Florida and across America are saying: “We Call B.S!”  Here in Irvine, voters are fed up with the whole rotten land-grab scheme cooked up by FivePoint and the City Council. Citizens gathered 19,164 Irvine resident signatures to put Ordinance No. 17-08 on the June 5th ballot — for an up or down vote of the people.  Irvine residents now have the chance to Say NO by Voting NO on June 5th.  If a majority of Irvine voters recognize what Ordinance 17-08 is — a corrupt deal put together by and for FivePoint, aided and abetted by three members of the Irvine City Council who are beholden to the developer — they will Vote NO.

The voters’ message must be clear and unmistakable:  We Call B.S.!  NO, NO, NO.  And if a majority votes NO on June 5th, this will, in turn, pave the way for dissenting City Councilmembers Jeff Lalloway and Lynn Schott to re-introduce their resolution to immediately begin construction of the Veterans Cemetery on the original 125-acre site in the Great Park, where it belongs, and where it has already been designed and approved by all required State agencies and the U.S. Department of Veterans Affairs.