CityWatch (December) by Larry Agran: The Chance to Say “No” to Unpopular FivePoint Development

Councilmember Lynn Schott had it right last Spring when she said the Veterans Cemetery “land-swap” scheme put forward by developer FivePoint Communities was, in fact, “the giveaway of our Great Park.” She then added, “I, for one, will not participate in it.”

Flash forward to this Fall when the people of Irvine got it right — launching an historic referendum drive to overturn the Council giveaway of 125 acres of our Great Park to FivePoint; and to overturn the Council rezoning of the property that would enable FivePoint to replace the planned Great Park Veterans Cemetery with more than 800,000 square feet of office and commercial development, bringing unbearable additional daily traffic to north Irvine.  Thanks to the hard work of hundreds of civic-minded Irvine citizens — and, yes, thanks to the courage and support of publisher Frank Lunding and this newspaper, Irvine Community News & Views — Irvine residents will have the opportunity to vote to reclaim our City and our Great Park as our own, rather than let it become one more profit center for
developer FivePoint.

Specifically, the citizen-led, land-use Referendum, now headed for the City ballot in 2018, will give Irvine voters the chance to say NO to mega-developer FivePoint, and NO to the three members of the Irvine City Council who rubber-stamped their Great Park giveaway and rezoning scheme — Mayor Donald Wagner and Councilmembers Christina Shea and Melissa Fox. 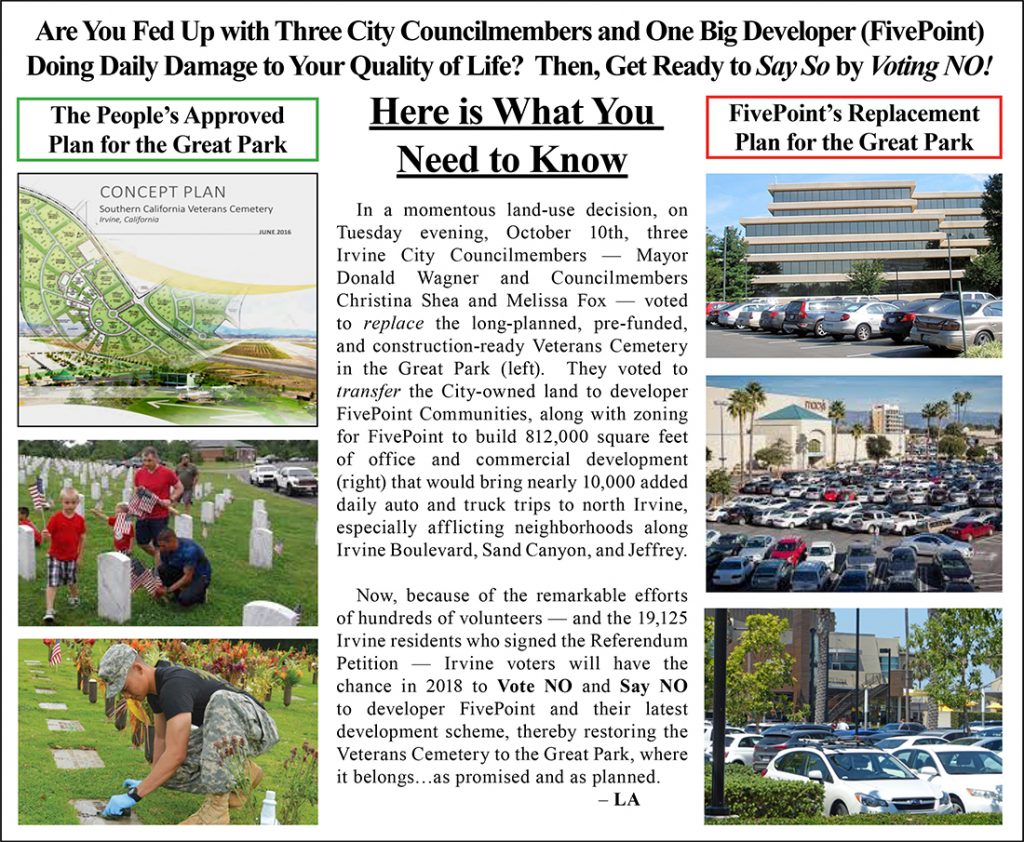