CityWatch by Larry Agran (May): “Make-or-Break” Year for Veterans Cemetery

Well, it looks like 2017 is going to be a “make-or-break” year for the Veterans Memorial Park and Cemetery in the Great Park.  Just three years ago, in 2014 when I was in my last year as an Irvine City Councilmember, I was proud to offer the Council resolution — unanimously supported — to have the City designate 125 acres within the Great Park (about 10 percent of the entire Great Park) for a Veterans Cemetery.

This generous City action, in turn, enabled Assemblywoman Sharon Quirk-Silva — then Chair of the State Assembly Veterans Affairs Committee — to win legislative approval that officially provided State support for the Veterans Cemetery in the Great Park.  The combined City and State action led to a plan and design for the Veterans Cemetery; followed by an on-time application for approval by the U.S. Department of Veterans Affairs; and now a position on the “Priority List” for Federal funding.

But how could we accelerate the actual funding and construction of the Veterans Cemetery?  Here’s where leadership matters.  Councilmember Jeff Lalloway began working with Ass 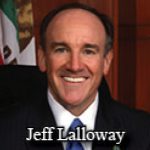 emblywoman Sharon Quirk-Silva to develop a funding plan:  The City would pledge to put up half of the funds to build the $77 million Veterans Cemetery — roughly $40 million from the more than $250 million Great Park development fund; and Silva pledged she would work to have the State match the City’s effort.

Lalloway’s proposal made it through the Council on April 4th, but not before Councilmember Christina Shea and Mayor Donald Wagner did everything in their power to derail it — and Councilmember Melissa Fox added language that inexplicably kept a “land-swap” proposal alive as a possible “second track” alternative site for the Veterans Cemetery.

Lalloway repeatedly noted that the “land-swap” was simply a land-and-entitlement grab worth hundreds of millions of dollars — it would enable developer FivePoint Communities to build 1,500 or even 2,000 more homes on the hallowed 125 acres that, in 2014, had been designated for the Veterans Cemetery.

Councilmember Lynn Schott, soft-spoken yet articulate and logical, noted that it was important to remain on course and build the Veterans Cemetery in the Great Park, as planned. 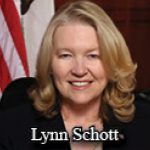 As I watched Shea and Wagner doing everything they could to promote the interests of developer FivePoint Communities and their allies, I actually found the spectacle sickening.  These are the same developers that spent well over $1 million to elect Wagner and re-elect Shea just last November.

For once, wouldn’t it be wonderful if Shea and Wagner stood up for Irvine residents and American veterans, and put our interests ahead of yet another land-entitlement giveaway to FivePoint Communities, further enriching their big-bucks campaign donors.

That’s something to think about as the most solemn of American holidays approaches, Memorial Day, when we honor all who served but especially those who, in President Lincoln’s words, “gave the last full measure of devotion” to our country.

Here in Irvine, let’s devote ourselves to rejecting developer-driven “land-swaps” and other get-rich-quick entitlement schemes.  Instead, let’s push forward to put the Veterans Memorial Park and Cemetery where it belongs — in the Great Park…and as soon as possible!

What Do You Think? Take our newest Irvine Community Poll on the Veterans Cemetery at the Great Park: Take the Poll Now!