Why Isn’t the City on the Residents’ Side in North Irvine? 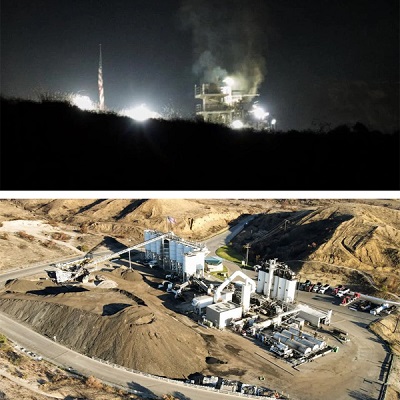 For more than four years, the national non-profit Non-Toxic Neighborhoods (NTN) and an Irvine resident-led organization, Stop Toxic Air Pollutants (STAP), have been fighting for air safe to breathe for north Irvine residents from what the South Coast Air Quality District says is the largest polluter of carcinogens in Orange County — the All American Asphalt plant.

So, why is Irvine allowing a non-compliant polluter to continue to operate within Irvine’s city limits?

According to NTN: “Non-Toxic Neighboods’ advisors — UCI Professor Emeritus Dean Baker MD, MPH, Bruce Lanphear MD, MPH, and Philip Landrigan MD, MSc, FAAP have spent their careers sharing the importance of protecting children from environmental toxins. Thankfully, Councilmember Larry Agran, State Senator Dave Min, and Ret. State Senator Nate Holden understand the urgency to get on the right side of this ongoing public health crisis. Every other elected official at the local, county, state, and federal level has failed to take any meaningful action against this polluter. A polluter that is in violation of the federal Clean Air Act, AB 2588, Prop 65, and the California Health and Safety Code § 42402.3.”

Non-Toxic Neighboods’ advisor Dr. Landrigan, a renowned epidemiologist, pediatrician, and one of the world’s leading advocates for children’s health, has stated: “An asphalt plant can never safely coexist next to neighborhoods and schools. Pregnant women, infants, and young children are especially vulnerable to toxic chemicals in their environments. Even extremely low-dose exposures during these vulnerable periods in early life can result in lasting damage. This is why it is so important to protect the most sensitive among us. By protecting them, we preserve the health of all.”

To learn more about the situation, I sat down with Councilmember Agran — a Harvard-educated public interest attorney who served as Chief Legal Counsel for the California State Senate Health Committee and later wrote a book, The Cancer Connection, which includes two chapters on a very similar situation where residents were exposed to industrial carcinogens.

Below are the three questions I asked Agran:

Do you believe that emissions from the All American Asphalt Plant pose a threat to public health?
Yes, absolutely. For years now, this issue has been characterized as a mere “nuisance” involving offensive odors in north Irvine neighborhoods. The fact of the matter is this: The emissions of huge volumes of airborne toxic pollutants from the asphalt plant include known human carcinogens — for example, benzene and formaldehyde — that cause a variety of chronic diseases and cancers. There is no question that this is an ongoing public health crisis that requires urgent action by the City to protect all Irvine residents.

If the plant is as bad as you say, why hasn’t it been shut down?
For years, the City has been treating this issue as though we are neutral in this matter…as though our role is to simply be a mediator between the aggrieved residents and the operators of the All American Asphalt plant. I reject this approach. The residents in north Irvine have been sounding the alarm and filing well-founded complaints resulting in State citations against All American Asphalt for violating California air quality standards. The City should be standing with Irvine residents as advocates for their health and well-being. In this case, that means using our authority to shut down the plant and make sure that it is relocated outside of Irvine, away from neighborhoods and schools. People in Irvine need to know that the City government is on their side. If you have a City government that is unwilling to take on the big polluters, you’re in real trouble.

Mayor Khan and Vice Mayor Kuo have cast doubt on the City’s ability to quickly shut the plant down. Do you agree or disagree with that?
I absolutely disagree! As I have said for nearly two years — and State Senator Dave Min concurred in a detailed letter addressed to the City last fall — we should go into court and seek an injunction to immediately shut the plant down, based on a finding that the plant’s operations constitute a clear and present danger to public health. I have repeatedly proposed that the City retain special legal counsel to pursue this matter, but my Council colleagues refuse to even discuss it publicly.