What’s Behind the Council’s Latest Delay of the Veterans Memorial Park & Cemetery? 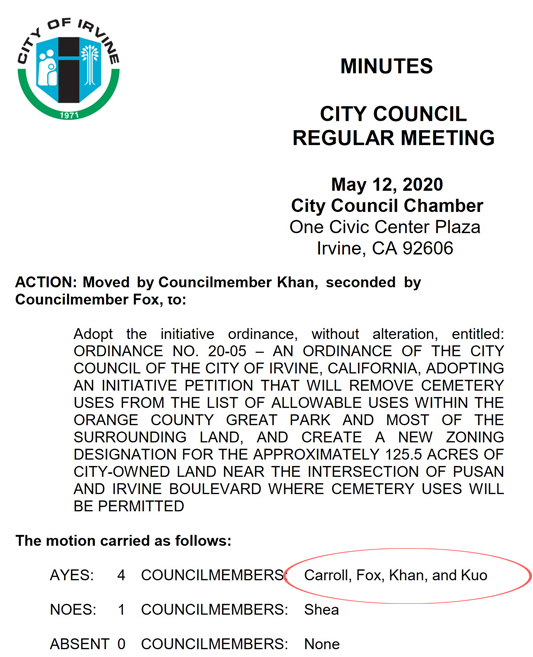 Back in July 2014, then-Councilmember Larry Agran won unanimous Council approval for an official resolution stating the City of Irvine’s intent to transfer the 125-acre “ARDA” site at the Great Park to the State of California for the purpose of building the Southern California Veterans Memorial Park & Cemetery.

Since then, Irvine Community News & Views (ICNV) has reported on every agonizing twist, turn, and deliberate delay originating with developers and their political friends on the Irvine City Council.

Last May, it appeared the wait was finally over when three members of the current City Council (now-Mayor Farrah Khan and Councilmembers Mike Carroll and Anthony Kuo) voted to adopt the citizens’ initiative, signed by 19,790 Irvine residents, to rezone the ARDA site exclusively for the Veterans Memorial Park & Cemetery. 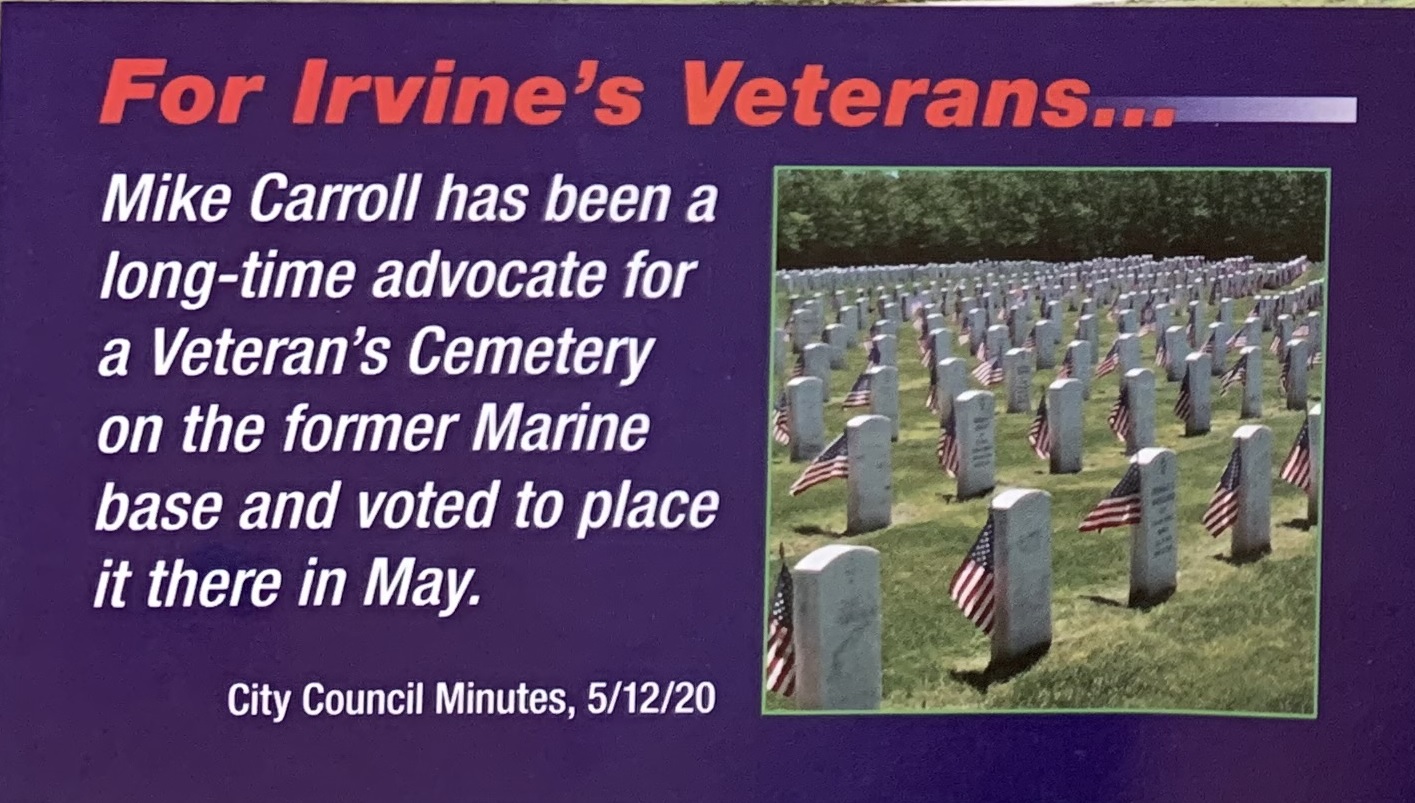 During their 2020 City Council election campaigns, Khan and Carroll touted their support for the ARDA site.  And I had a phone interview with now-Councilmember Tammy Kim who assured me that she fully supported building the Veterans Cemetery at the ARDA site.  Based on that assurance, ICNV endorsed Kim.

So the record is clear:  All of the current Councilmembers have clearly voiced their support for the Veterans Memorial Park & Cemetery at the ARDA site.

But here we are after the election … and Khan, Carroll, Kuo and Kim have gone back on their word to Irvine voters.  In fact, Khan hasn’t even allowed Agran (who was returned to the Council in November 2020) to place an item on the agenda for the City Council to discuss the Veterans Memorial Park & Cemetery.

Khan posted a note on her Facebook page last week stating that she was simply waiting for a study to be completed, comparing the ARDA site to another location.  (Khan has been informed that, by adopting the “Build the Great Park Veterans Cemetery Initiative” last May, there is no other legally available site; so Khan’s excuse for this latest delay makes no sense.)

Now, State Senators Dave Min and Tom Umberg have sent a letter to the City explaining that the State has already set aside $24 million in funding and there is a chance for securing millions more in the State’s Fiscal Year 2021-2022 budget … if the City reaffirms its commitment to transfer the ARDA site to the State.  In their letter, Min and Umberg (who are both outstanding, experienced attorneys) reiterated the fact that the ARDA site is the only legally available site for the Veterans Cemetery, and if the Council tries to select a different site, the project will be tied up in litigation for years.

Elected officials are supposed to be working for us, not against us.  If you are as frustrated and angry as I am about the Mayor and City Council standing in the way of our Veterans Memorial Park & Cemetery, I urge you to contact them via email at irvinecitycouncil@cityofirvine.org.