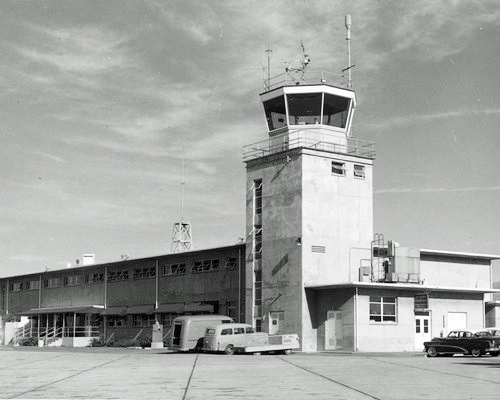 Over its nearly 60-year storied history, the Marine base provided a training facility for tens of thousands of Marines, pilots, mechanics and related personnel. The working air traffic control & radar facility was a vitally important component of the air station. The area around the control tower is now called the “ARDA” site, and has been legally zoned in Irvine for a Veterans Memorial Park & Cemetery.

During our conversation, Ted and Tony explained the significance of preserving and restoring the iconic air-traffic control tower and adjoining FAA facility at the former Marine Corps Air Station, which was built during World War II in 1942. (The base closed in 1999.) 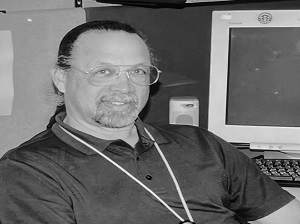 Ted: My interest in educating the public on the history of the control tower and FAA facility is multi-faceted. I’ve been an Irvine resident since 1974. Sadly, there are people in Orange County who do not know the history of what existed here, and what we’re about to lose if these structures are not preserved. Most residents don’t know that all of Orange County’s air safety was controlled by this facility. It’s important to understand the history of the control tower and FAA facility and how they helped build the entire Federal Aviation structure: first the Civil Aviation Authority (CAA) and then in the late 1950s, the CAA transitioned into what we know today as the Federal Aviation Administration (FAA). It would be such a great loss if we allowed this facility to be leveled and forgotten.

Tony: Most people don’t realize how influential this control tower was, and how air traffic controllers from across the country came here to receive their training because the air station had all of the latest and greatest technology of the time, which made it one of the best training grounds for air traffic control personnel in the nation … and even the world.

Ted: This facility was unique because of the close working relationship that was developed between the Marines and the FAA. The Marines basically controlled five miles around the tower and up to 3,000 feet. So, the military controlled the arrivals and departures and the ground traffic on the field. We in the FAA controlled all airspace from Oceanside to Seal Beach and 30 miles out to sea, a 40-mile radius from MCAS El Toro. A tremendous amount of coordination had to happen, which developed into techniques that are still in use today. All of that happened right here in this building, right in our own backyard. 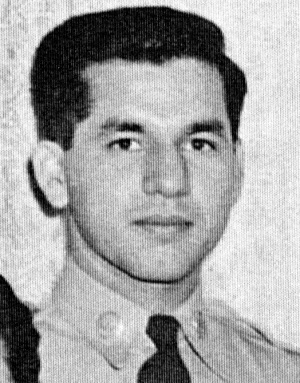 Tony: There are still so many memories at that site. I remember in 1965, a big C-130 transport took off from Runway 34 bound to Okinawa and crashed in the fog. My brother, who was just starting his career as a sheriff’s deputy, was one of the first on the scene. 84 souls were lost on that horrible night. We need a place to honor not only that memory, but all the servicemen and women who flew off to war from MCAS El Toro and never made it back.

Tony: The air station is what first brought so many of us to Irvine. Back in 1971, there weren’t a lot of people or buildings here — it was mostly empty fields, UCI and the air station. Ted and I both know in our hearts that the jobs created at the base helped make Irvine the wonderful city it is today.  The least we can do to honor Irvine’s military and aviation history is to preserve the control tower and adjoining FAA facility for future generations.