A group of University High School students signed up to volunteer with a youth center in Santa Ana called KidWorks.

Through their association with KidWorks, the Irvine students realized that children in Orange County’s most vulnerable communities don’t have regular access to after-school activities that have been proven to help broaden and strengthen academic success. Wanting to help, Kelly Tou and Edward Jung created their own nonprofit, TalentShare. (Tou and Jung serve as co-presidents of TalentShare.) 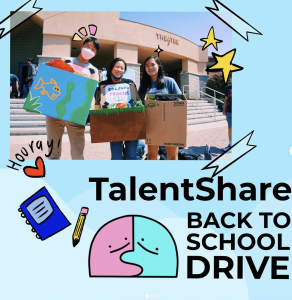 When asked about the writing workshop, Tou said: “To obtain the necessary supplies needed for our event, we held a ‘Back-to-School Drive’ at our high school, where we were able to gather materials to fill more than 40 backpacks with notebooks, colored pencils, crayons, pencils, and erasers. Using these school supplies during the creative writing event, the kids were able to write their own superhero story while learning important creative writing concepts such as the use of literary devices and inclusions of story elements.”

The group’s second event was held with University High’s Model Rocketry Club where kids were able to design, build, and launch their own paper rockets.

TalentShare’s third event was co-hosted by fellow nonprofit Access to Art. (Irvine Community News & Views has featured Access to Art in a previous article.) Together, the two organizations were able to help kids create their own floral painting in the style of Georgia O’Keefe. 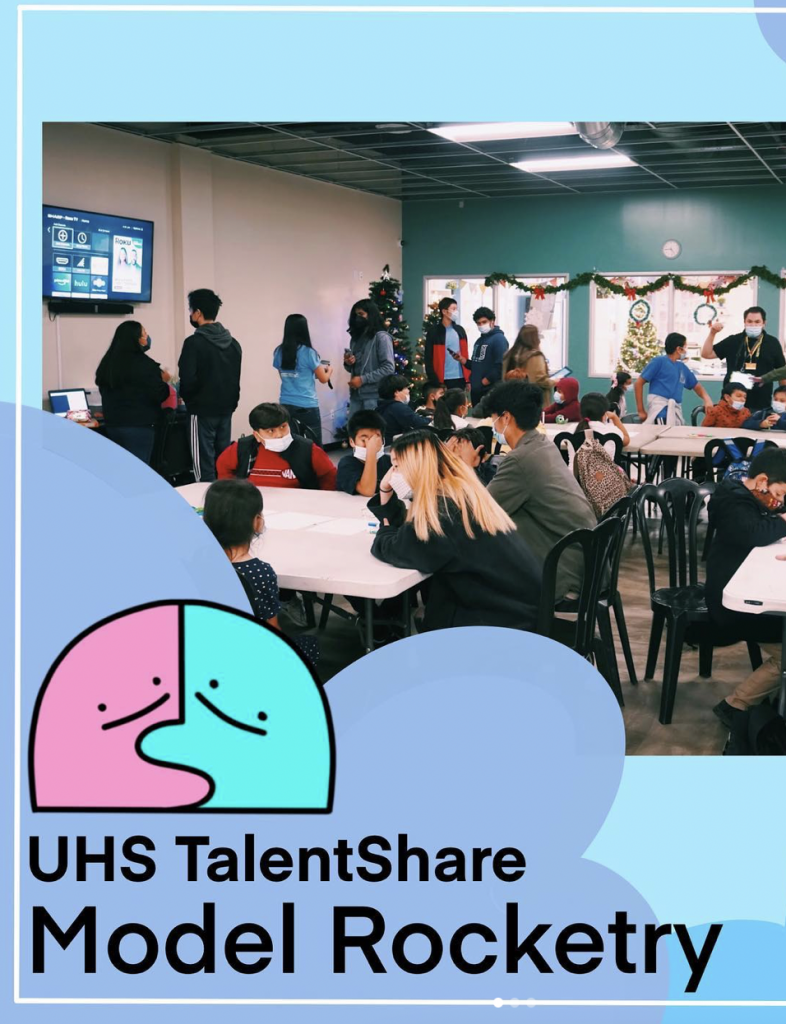 The most recent event was held with University High’s Steam for All Club where they taught kids about engineering while they worked to build a tower that could withstand a simulated earthquake.

Each of TalentShare’s events have had over 30 volunteers working with more than 30 kids. The group is hoping to continue to grow, with the help of their connection to KidWorks, and plan to host another event soon.

If you would like to learn more about TalentShare, you can visit their website by clicking here. (While you’re there, you can make a donation to support their work.)