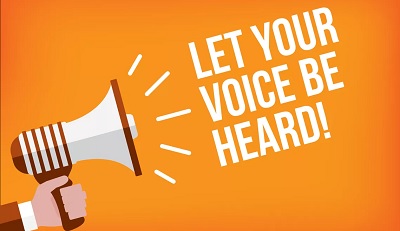 IMPORTANT UPDATE:  Since this article first posted, the community has contacted Mayor Shea and the City Council, asking them to vote to transfer the ARDA site in the Great Park to the State at the upcoming City Council meeting (scheduled for Tuesday, July 23rd) so that construction of the Veterans Cemetery can begin later this year.

Mayor Shea has responded to those requests by posting erroneous information.  It’s a shame that the Mayor is either ill-informed or has decided to mislead the public about the costs of the Veterans Cemetery.

The Mayor is stating that the project will cost $92 million and that funds are not available for the ARDA site. However, the State’s own Department of General Services has just released its estimated budget for the 3-year Veterans Cemetery construction project at the ARDA site.  That 3-year budget estimate is $60 million (not $92 million).  To ensure construction can begin this year, the State has already budgeted $24 million in first-year funding.  The State will budget a comparable amount ($20 million) in the second year and also in the third year of construction.

As Irvine Community News & Views has reported, Mayor Christina Shea has waged a 5-year crusade to defeat the long-planned Southern California Veterans Memorial Park & Cemetery at the ARDA site in the Great Park. Shea prefers to hand the 125-acre site over to billion-dollar-developer FivePoint. (FivePoint spent hundreds of thousands of dollars to re-elect Shea in 2016.)

ICNV has learned that Shea is determined to block a resolution which will be introduced by Councilmember Melissa Fox — directing the City to transfer the ARDA site in the Great Park to the State — at the next Council meeting (scheduled for Tuesday, July 23rd). Fox’s resolution would allow construction to begin later this year, after Governor Newsom signs AB 368, a pending State bill designating the ARDA site as the State Veterans Cemetery.  $24.5 million in first-year funding has been budgeted by the State for Veterans Cemetery construction at the ARDA site.

Shea will introduce her own competing resolution — directing the City to transfer a brand new, never studied site to the State. The new site does not fall under AB 368 funding and will require years of studies and approvals, which means Veterans Cemetery construction will be delayed indefinitely.

Irvine Community News & Views urges the community to attend the Council meeting on Tuesday, July 23rd, beginning at 5pm at City Hall (1 Civic Center Plaza, at the corner of Alton and Harvard).

You can also make sure your voice is heard by contacting the City Council before the July 23rd meeting.

Send ICNV a copy of your email message by including us in the cc:  info@irvinecommunitynews.org