It was Saturday, April 29th…and a very hot day in Irvine.  A coalition of grassroots environmental groups had set out to organize a “big march” in Irvine to demonstrate support for protecting the global climate, the environment and, ultimately, the lives of people and animals throughout the world. If 500 people had shown up, organizers of the Climate Action March said they would have been pleased.

In fact, an estimated 2,000 people gathered at the Irvine United Congregational Church (IUCC) in Irvine, near Alton and Creek in the Village of Woodbridge, and then they marched about a mile — from the Church to the intersection of Alton and Culver. 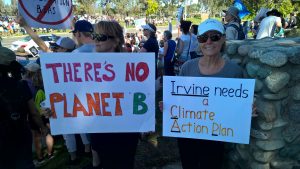 Families and individuals displayed hundreds of signs as they marched — promoting climate action, and pointing out problems with existing governmental policies and industrial practices.  Some messages were humorous; others were laden with ridicule. One sign read: “There’s no Planet B.”  And another: “The good thing about Science is that it’s true whether or not you believe in it.” 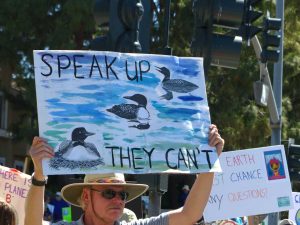 The enthusiastic marchers, who varied widely in age, braved the hot sun as they demonstrated their support for the environment while walking down Alton, eventually reaching the Culver intersection, one of the busiest in Irvine.  There, they caught the attention of thousands of motorists, most of them sympathetic to the marchers’ goals, which are generally very popular among Irvine residents.

A number of environmental groups and nonprofits worked together to organize the event, including: Living Ubuntu, the Greenfaith Committee of IUCC, Orange County for Climate Action, So-Cal VegFest, Plant-Powered OC, and Farm Sanctuary. “Turnout for the People’s Climate March-Orange County was three times what we expected,” said Roger Gloss of Orange County for Climate Action.  “We appreciate everyone’s enthusiasm, as well as their support in presenting an orderly, respectful face to the community.”

In the morning — before the actual march — there was a panel presentation on the Crisis in the Ocean, and yet another on the Ethical Treatment of Animals.  Hundreds of the morning attendees were treated to a vegan cooking demonstration and a lunch afterwards, hosted at IUCC.

For those who want to become involved in programs advocating climate action in Orange County, visit: occlimateaction.org. 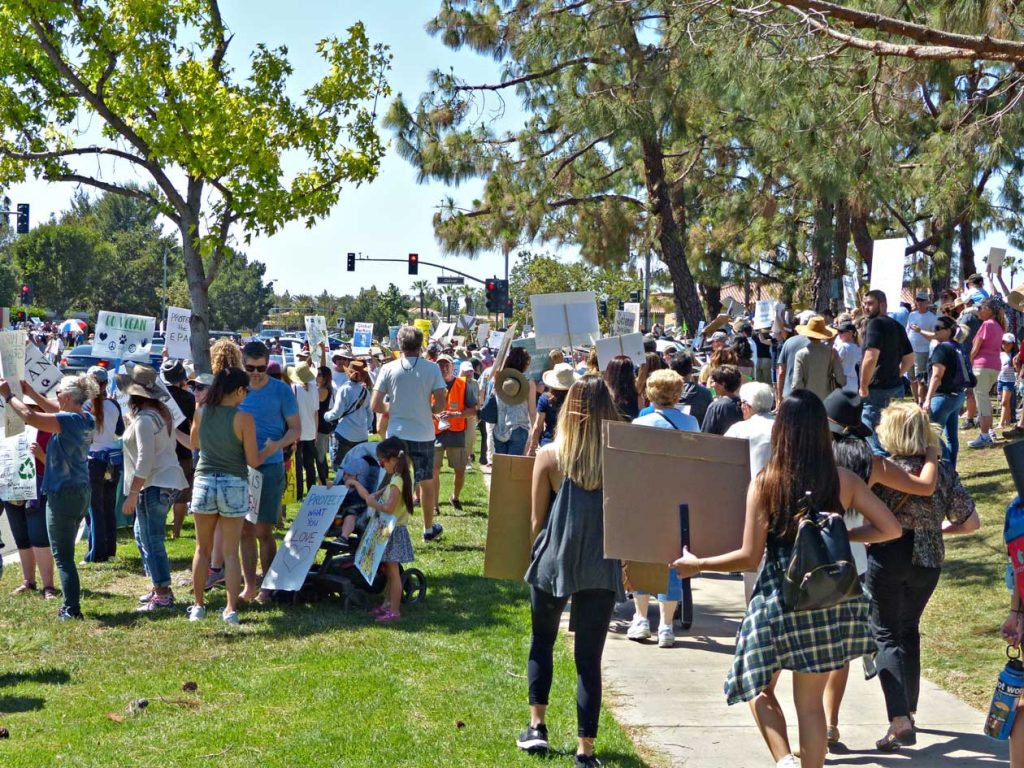 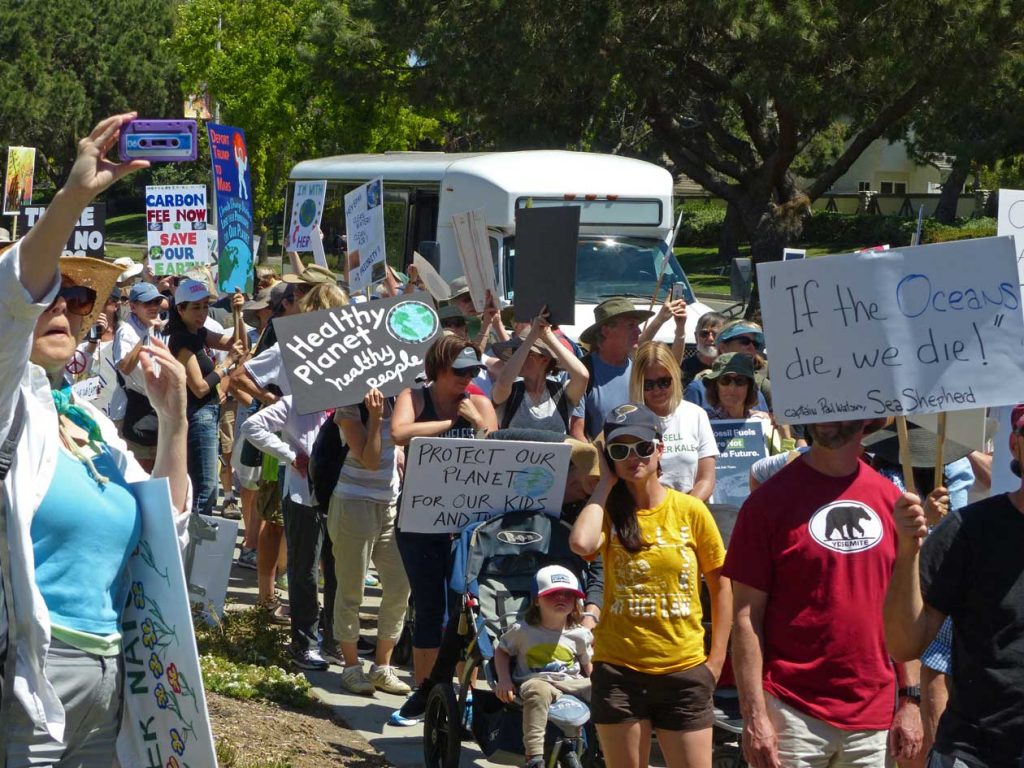 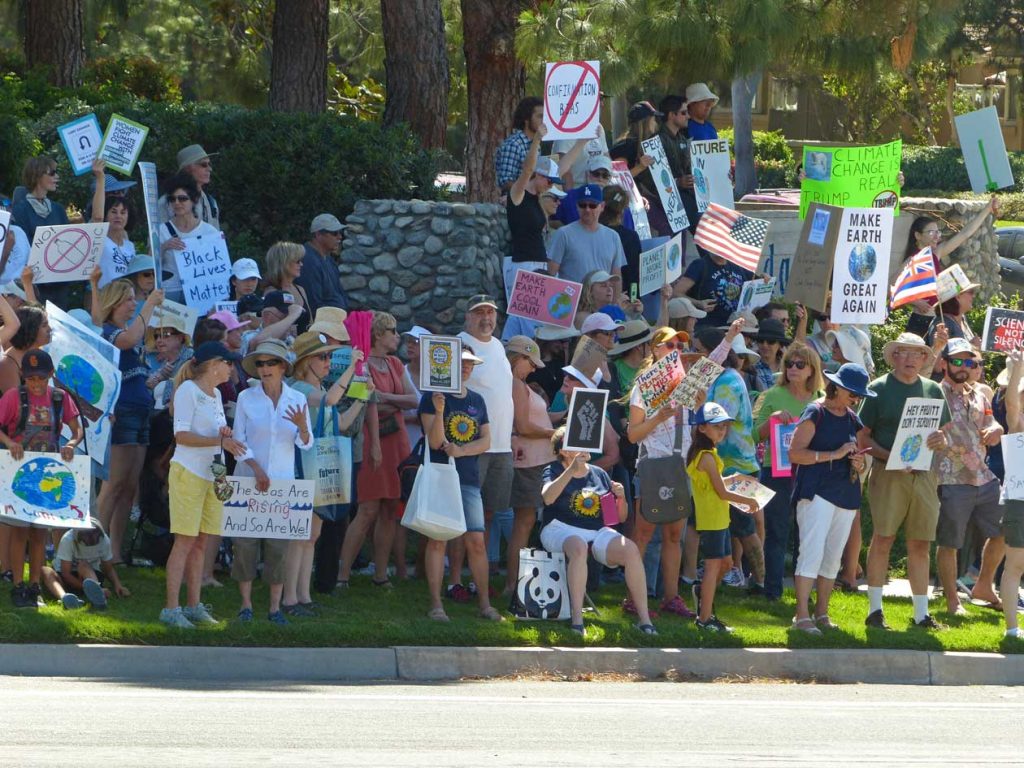