The Other Irvine: Jamboree Village

This is the third of a three-part series on the Irvine Business Complex, or IBC, and the unique opportunities and challenges it offers to those who work and live there … and to the City as a whole. 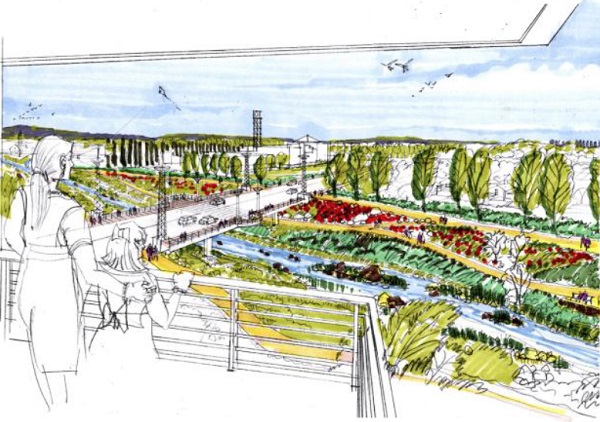 “Community and neighborhood parks; nicely landscaped streets; pedestrian-friendly paseos, sidewalks and bikeways; community centers with classes and recreational opportunities; retail centers within walking and biking distance; gas stations; a wide variety of dining options: all these are things Irvine residents enjoy. But the thousands now living and coming to the IBC soon don’t have equal access to these amenities within their urban villages. So they’re forced to drive to them in adjacent ones.”
– Irvine City News, Dec. 27, 2016

A dozen years after the adoption of the IBC Vision Plan in 2010, the only part of the Vision Plan that has come to pass is the nearly 15,000 residential units it allows for. 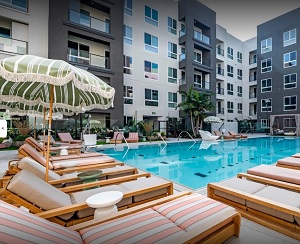 Skyloft apartment complex at the IBC

Retail, entertainment and nightlife are sparse or nonexistent. A plan about five years ago to turn the former St. John Knits campus into an entertainment center went nowhere. It’s still an office building.

There are no facilities or systems for pedestrian walkability or resident mobility within the IBC. There’s no “Creekwalk,” nor any “rails-to-trails” conversions of abandoned railroad tracks. There are no pedestrian bridges, although construction on one may begin this year at Jamboree Road and Michelson Drive.

Agran and some others would like to get it moving. He proposes accelerating the timeline for the pedestrian bridges and trail conversions, two components of the Vision Plan that are “doable” in the near future. Agran also would like to convene an advisory board of residents, business owners, planners and architects to help keep city planning efforts on track and offer creative suggestions and solutions.

And he would like to see the area own its urban identity, and run with it. He envisions landscaped promenades, public art, expanded retail, and entertainment and nightlife venues. He calls his concept “Jamboree Village.”

Michael Ray noted that the fundamental shift toward remote work brought about by the pandemic has severely weakened demand for office space. He suggested the City adopt rules allowing the conversion of office space to residential use. He also said that a trolley and perhaps a City partnership with ride-sharing companies like Uber could greatly increase mobility.

And he agrees with Agran that the area needs a catchier name than “Irvine Business Complex.”

“It’s an exercise in branding,” he said, citing Los Angeles’ Miracle Mile along Wilshire Boulevard as an example of an area that was able create an international buzz for itself as both a business center and a shopping and entertainment mecca.

So will Jamboree Village become the next super-cool urban neighborhood on the Southern California scene? It could be, says Agran.

“Jamboree Village has a lot of unrealized potential as a vibrant and attractive urban core,” he said. “I believe a sustained effort by the City and community could create something unique in Orange County: a mixed business and residential area with an urban sensibility.”

To read the first article in this series, click here.

To read the second article in this series, click here.