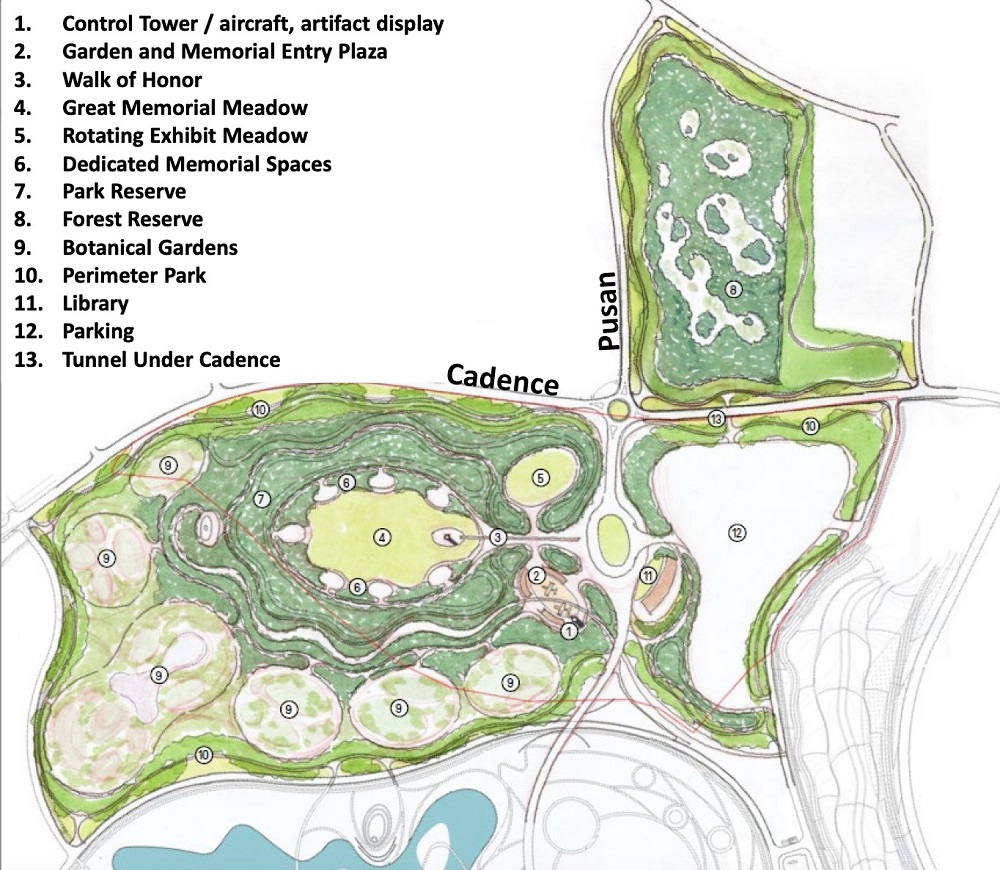 For nearly six decades, the 125-acre “ARDA” site at the Great Park was an integral part of the iconic El Toro Marine Corps Air Station (El Toro MCAS). Our community was home to thousands of military personnel long before Irvine became a city.

When El Toro MCAS was decommissioned, a public commitment was made by the City of Irvine to build a peaceful Veterans Memorial Park & Cemetery on the ARDA site as a lasting tribute to the service and sacrifice of our veterans, and to honor the thousands who served at the historic air station.

Since that time, the ARDA site has become a political football for Councilmembers who have no interest in preserving our City’s rich military history … or implementing the will of Irvine voters.

Four members of the previous City Council ignored the results of a 2018 ballot measure where 63% of Irvine voters supported the Veterans Memorial Park & Cemetery at the ARDA site. They also ignored two separate citizen-led signature gathering efforts in support of the project — each of which garnered nearly 20,000 Irvine resident signatures. That’s not how local democracy is supposed to work!

After his Council colleagues kicked the matter of a Veterans Cemetery to the California State Legislature in 2021, Councilman Larry Agran submitted a proposal for construction of a beautiful Veterans Memorial Park on the ARDA site — filled with thousands of trees; a walking trail; preservation of the control tower and aircraft hangars; and memorial botanical gardens. For nearly two years, the Council blocked Agran from putting his proposal on the Council agenda.

Refusing to give up, Agran persisted in his efforts to implement the will of the voters … and to make good on the promise Irvine made to veterans and their families more than a decade ago. His perseverance paid off on January 10th when Agran finally won Council approval for construction of the long-promised Veterans Memorial Park on the ARDA site.

Councilmember Kim spent several minutes complaining about Agran’s proposal being called a Veterans Memorial Park. Kim insisted that all of the elements in Agran’s plan — the control tower, planes, and military artifact displays; the Walk of Honor; the Great Memorial Meadow; and every other amenity honoring the former air station — should be referred to instead as a “botanical garden.”

During the January 10th meeting, Councilmember Kim took another swipe at the Flying Leathernecks Aviation Museum, saying that she has received “a lot” of calls from Irvine residents opposing the air museum. Ironically, Kim has never acknowledged the tens of thousands of Irvine residents who have signed petitions and gone to the polls in support of the Veterans Memorial Park.

It appears to me that Councilmember Kim has no interest in honoring or celebrating our City’s deep military roots. Even worse, she seems to be deliberately ignoring the will of the people.