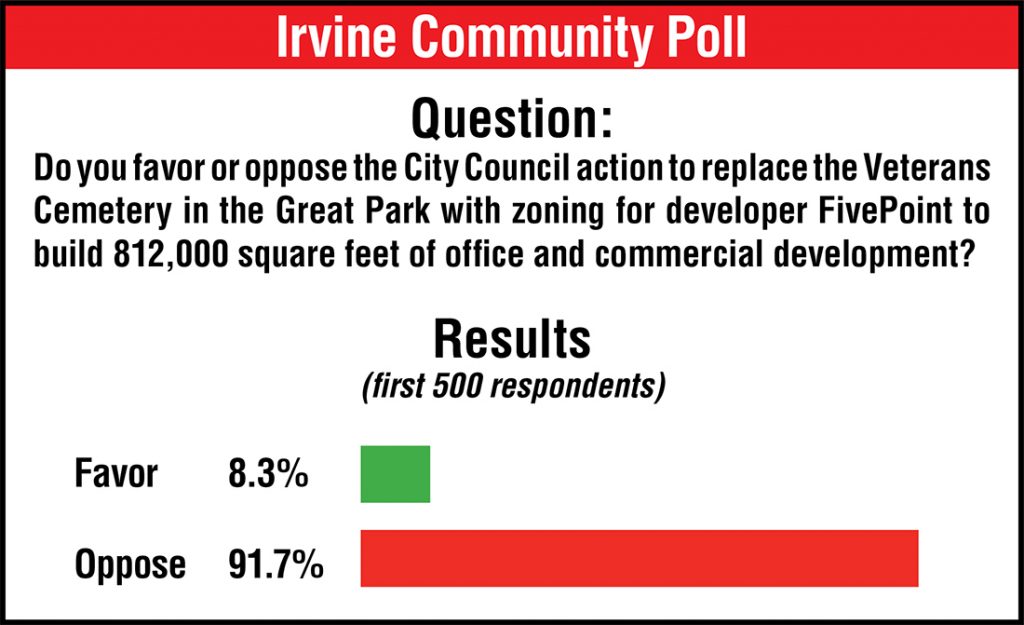 Now headed for the June 5th ballot, the Zone-Change Ordinance adopted by the City Council on a 3-to-2 vote remains unpopular among Irvine residents, according to the latest survey results from the Irvine Community Poll.

A City ballot measure that would grant FivePoint Communities development rights to build massive office and industrial projects on the 125-acre site in the Great Park previously approved for a Veterans Cemetery is strongly opposed by Irvine residents, according to a continuing citywide survey conducted by the Irvine Community Poll, an entity owned by Irvine Community News & Views.

FivePoint and its three-member Council majority have tried for months to present the ballot measure as simply a question of where to put the Veterans Cemetery — at its original site in the Great Park or, miles away, on FivePoint property next to the I-5/I-405 freeway interchange, a site that the developer tries to make more attractive by referring to it as “the strawberry fields.”

But the public doesn’t seem to be buying what developer FivePoint is selling.  By a remarkable 91.7 percent to 8.3 percent, residents say they are against the zoning ordinance that the City Council put on the June 5th ballot.  Ordinance No. 17-08 is a massive, complicated City zone-change ordinance that is the central element in a development scheme enabling FivePoint to take ownership of the original Great Park Veterans Cemetery site (next to Irvine Boulevard) and build more than 800,000 square feet of office and industrial space. (See map below)

The City-FivePoint ballot measure, if approved by Irvine voters, would permit a wide range of office, commercial and industrial uses — everything from research and development to manufacturing, to large distribution centers and hundreds of support businesses, including auto repair, truck depots, and many more.  Later “upzoning” by the City Council could allow for large apartment complexes, with up to 50 units per acre.  The rezoning is expected to bring nearly 10,000 added auto and truck trips daily on Irvine Boulevard, Sand Canyon and Jeffrey. 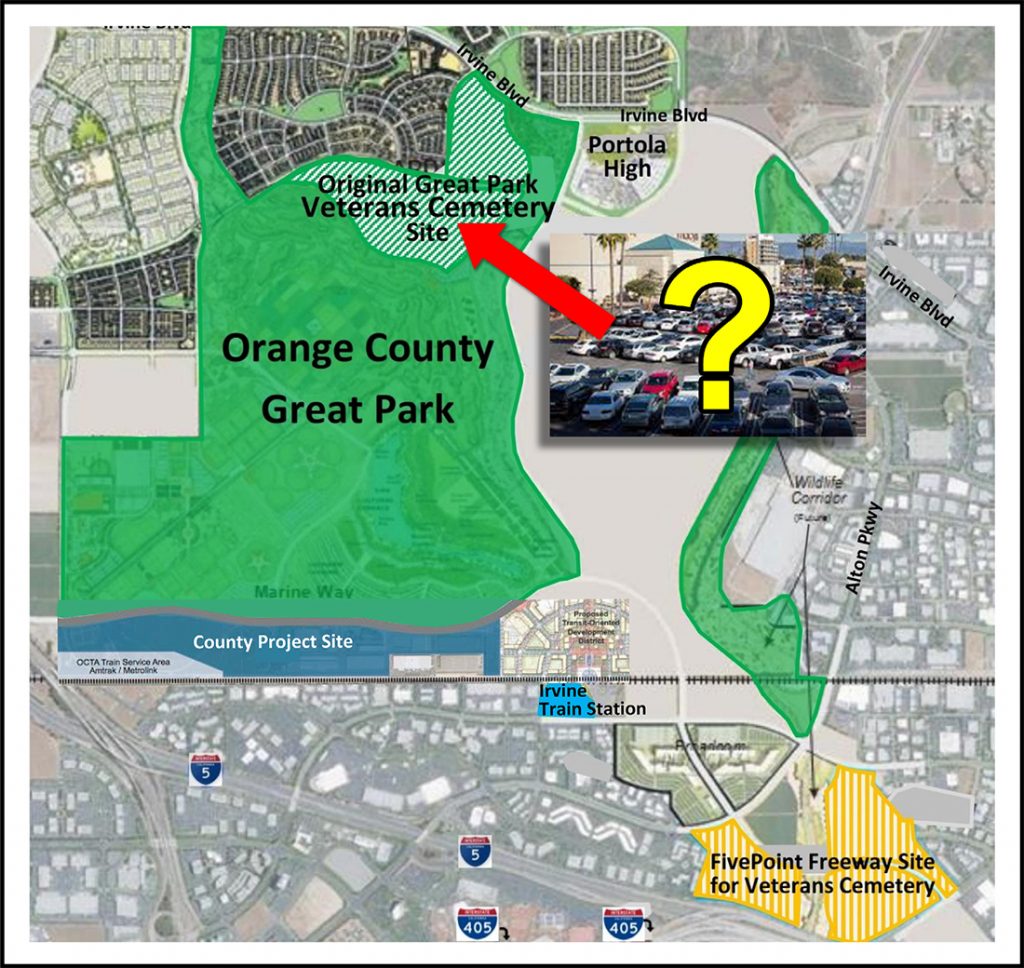 Ordinance No. 17-08 — the June 5th City ballot measure — would replace the long-planned and approved Veterans Cemetery in the Great Park with massive office, commercial and industrial development.  The Veterans Cemetery would then be relocated at the FivePoint freeway site (lower right corner).

If the ballot measure passes, FivePoint has said they would re-locate the planned Veterans Cemetery to their property alongside the I-5/I-405 interchange, 3 miles away from the  Great Park Veterans Cemetery site.  But unlike the Great Park site, FivePoint’s proposed freeway site has not yet been studied; there have been no cost estimates; no planning has been done; and the site has not yet received even preliminary approvals from the State and federal governments.

The open-ended design of the Irvine Community Poll, inviting extensive comments from Poll respondents, reveals widespread voter opposition to what many have called a “giveaway of our Great Park” to FivePoint, and a Council “sell-out” of Irvine veterans and all Irvine residents.

Daryl Brandino, a resident of north Irvine, commented:  “I am fiercely against the decision made by the City Council to sell out Irvine’s citizens and scrap the Veterans Cemetery in the Great Park.  The Cemetery would be a perfect way to show patriotism and preserve a lasting legacy.”

Brandino didn’t stop there.  He added,  “Another massive development project is clearly not needed.  A message must be sent to our elected officials that it is their duty to listen to the people and not be influenced by major corporations.  We need to set things right by voting against replacing the Veterans Cemetery in the Great Park with development.”

Edward S. Pope is Chair of the committee to Save the Veterans Cemetery in the Great Park, which is urging a NO vote on developer FivePoint’s zone-change ordinance on the June 5th ballot.  When asked about the Irvine Community Poll results, he said he was encouraged by the early survey results.  But Pope, himself a veteran, a retired high school teacher, and a 46-year resident of Irvine, was frank to say that the poll may not mean much.  “Look,” he said, “FivePoint is likely to spend millions in this campaign, just as they have in previous Irvine campaigns.  They’ll engage in lies, smears, and they’ll purposely try to mislead and confuse the voters. Why?  Because this corrupt, one-sided zone-change ordinance — to replace our planned Veterans Cemetery in the Great Park with massive development — is worth hundreds of millions of dollars in real estate profits to FivePoint.  They obviously don’t give a damn about the veterans.”

Echoing his comments in the Ballot Argument that he and others have submitted, Pope said, “FivePoint is trying to bully their way into the Great Park and push the veterans and Veterans Cemetery out.”  Then, already in campaign mode, he added his campaign tag line: “We can’t let them do it.  Vote NO on June 5th!” 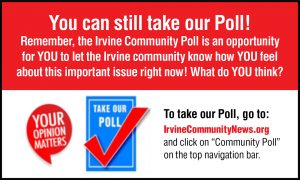