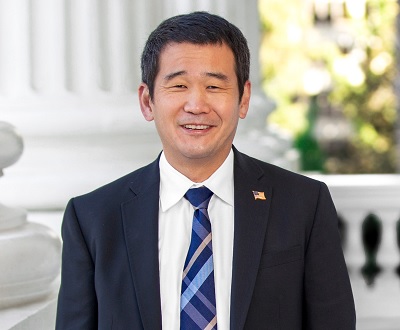 Since taking office last December, Irvine Mayor Farrah Khan and her Council majority — Vice Mayor Tammy Kim and Councilmembers Anthony Kuo and Mike Carroll —  have downplayed the more than 1,000 complaints lodged by north Irvine residents regarding toxic and noxious emissions from the nearby All American Asphalt (AAA) plant.

The Mayor has claimed the City lacks jurisdiction and authority to deal with the toxic emissions that spew from the asphalt plant every day. In a Voice of OC article published earlier this year, Vice Mayor Tammy Kim referred to the health concerns raised by Irvine residents as “hysteria,” and Councilmember Anthony Kuo recently told the Orange County Register that “we just don’t have the legal authority to shut them down.”

On November 8th, the City sent a letter to California State Senator and former UCI Law Professor Dave Min requesting legislative help from Sacramento. (Senator Min is a longtime Irvine resident and represents the City of Irvine in the State Legislature.)

This week, Senator Min responded to the City’s letter with his own remarkable letter — which was almost a legal brief — disputing claims by the Mayor and her Council majority that there was nothing the City of Irvine could do to help residents impacted by the asphalt plant. Min explained that state legislation is a slow and cumbersome process … and unnecessary in dealing with toxic emissions from the asphalt plant.

Senator Min wrote: “The City of Irvine already possesses broad and sweeping authority to act immediately and decisively in addressing the problems created by the AAA plant, and does not need new legislation.”

Min specifically addressed Councilman Kuo’s allegation that the City had no legal authority to shut the plant down by stating: “The City of Irvine, like all local agencies in California, has significant and far-reaching police powers that allow it to enjoin the AAA plant or any other actor that creates a public nuisance.” In his letter, Min detailed legal precedent in California explaining that the City of Irvine has a strong case to proceed with legal action against the AAA plant.

Former Irvine Mayor and current Councilmember Larry Agran — a Harvard Law School graduate and highly regarded public interest attorney — has advocated all year on behalf of north Irvine residents, insisting that the City has the authority and the responsibility to take bold action to help residents impacted by the asphalt plant emissions.

When our staff reached out to Councilmember Agran to comment on Senator Min’s letter, Agran told us: “Senator Min is right. We have ample authority under state and local law to address this issue. We are not just dealing with a ‘public nuisance’ presented by the asphalt plant, but with a public health emergency that requires swift, effective local action on our part to protect Irvine residents.”

Agran added, “I want to thank Senator Min for his continuing efforts in urging us to move forward toward real solutions.”