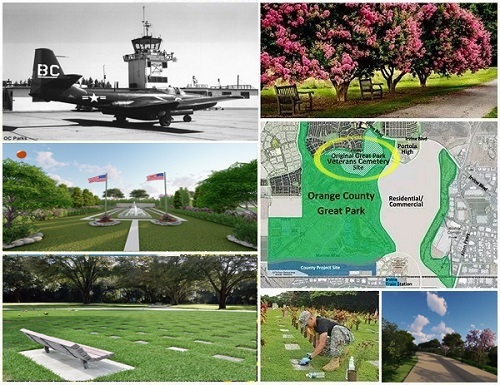 For years, Irvine residents have repeatedly expressed support for a beautiful State-built and State-operated Veterans Memorial Park & Cemetery on the 125-acre “ARDA” site at the Great Park. So, why hasn’t the project moved forward?  Because corporate land developers view the valuable City-owned property as a goldmine for their own massive projects.

These giant developers have funneled hundreds of thousands of dollars in “dark money” to help elect Councilmembers who have ignored the will of the people in order to satisfy developer interests.

But, there’s new hope! On November 3rd, three candidates who refused to accept support from corporate developers were elected to the Council — Farrah Khan for Mayor, and Larry Agran and Tammy Kim for City Council.

Irvine voters also elected UCI Law Professor Dave Min to the State Senate. Min has been a supporter of the ARDA site, and is expected to join forces with Orange County State Senator Tom Umberg to move the project forward.

Recently, the all-volunteer Build the Great Park Veterans Cemetery committee, chaired by Irvine veteran and retired teacher, Ed Pope sent an email out asking veterans and their family members if they supported the Council moving forward with construction. The response was overwhelming, with more than 1,200 replies from across the County, including several hundred heartfelt comments that will be submitted to the new Council.

To add your name to the growing list of veterans and their family members who support construction of the Veterans Memorial Park & Cemetery, click here.

Some may question whether construction of a Veterans Cemetery is an important issue in the midst of the COVID-19 pandemic.  The sad reality is that the virus impacts seniors at a much higher rate, and many of those who have lost their lives are veterans. And we have received messages from family members of veterans across the County, telling us that they are holding on to the ashes of their loved one, waiting for the Veterans Cemetery to be built.  We owe it to each of them to move forward with construction…right now!