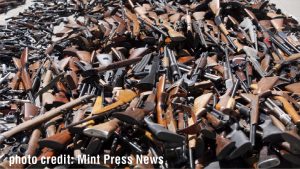 Connecticut has adopted a successful ban and buyback program.

Summer 2019 in America drew to an ugly, horrific end.  Mass shootings in August generated scores of new gun-violence casualties and a growing list of newly terrorized communities: Gilroy, California; Dayton, Ohio; and the El Paso, Odessa and Midland communities in Texas.  With millions of semi-automatic military assault rifles in private hands, no city in America is safe from homegrown mass violence.

The specter of mass-casualty gun violence now looms over every venue where the public gathers — shopping malls, movie theaters, outdoor concerts, sports stadiums, and in every church, synagogue, and mosque.  As the new school year got under way here in Irvine   — “America’s Safest City” — parents and grandparents wondered aloud about the threat of gun violence in Irvine schools…and what to do about it.

We asked three Irvine Community News & Views columnists — Dr. Phyllis Agran, Carolyn Inmon, and Larry Agran — to once again weigh-in on the gun violence issue.  While their professional perspectives vary, they agree on the single most effective step that can be taken to reduce and even eliminate mass casualty gun violence in America’s schools:  Ban the sale and possession of military-style assault weapons in civil society.  Period. 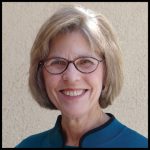 America’s leading physicians and public health professionals — and the national organizations that speak for them — have all made similar declarations: We are faced with an epidemic of gun violence in America, which now includes mass shootings in schools and other public places on a scale never before seen.  We are confronted by a public health emergency requiring immediate, effective action.  Ending this particular epidemic includes getting rid of the estimated 10 million AK-47s, AR-15s and other military assault weapons that have no legitimate role in civil society.

In an epidemic, it’s important to be clear-eyed about causation and remediation.  Following the El Paso and Dayton shootings, President Trump said, “Mental illness and hatred pull the trigger, not the gun.”  Wrong!  In her final TV appearance, celebrated journalist Cokie Roberts responded to the President with a reference to the Dayton shooting: “It’s not mental illness that causes 9 people to die in 30 seconds.  It’s a high-gauge [assault] weapon.”

Phyllis Agran is a practicing Orange County pediatrician, a Professor at the UCI School of Medicine and Past President of the Orange County Chapter of the American Academy of Pediatrics.  Dr. Agran is a recognized national expert in pediatric injury control and prevention. 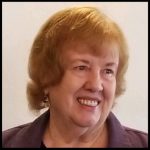 Yes, of course these weapons should be banished from American society.  Would such a ban eliminate all gun violence in schools?  No.  But it would definitely reduce the incidence of mass shootings and mass casualties.  It would make our schools and other public places safer.

Today, making schools safer seems to focus on lockdown drills which occur in at least 96% of American schools.  While there is little evidence showing they are effective, there is growing concern about drills traumatizing children.

Recently, I read a poignant Facebook post by Teri Sorey, a longtime Irvine teacher and president of the Irvine Teachers Association. Teri wrote: “A live-shooter training for teachers [at University High School] gave some of us nightmares for days.  I grieve for the little children who are traumatized by the lockdown shooter drills we impose on them.”

Carolyn Inmon is a retired Irvine teacher.  She has taught at virtually every grade level, from K-12, as well as at the community college level. 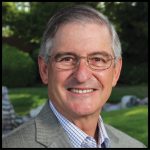 Americans watch in disgust as President Trump and Senate Majority Leader Mitch McConnell bend to the will of the National Rifle Association and do everything they can to avoid doing anything to reduce gun violence — even something as simple and obvious as requiring universal background checks for gun purchasers.

So, what can we do?  It’s time for a voter revolt in the form of “single-issue voting.”  As 2020 approaches, get ready to vote for those candidates who support gun violence prevention measures and against those who don’t.  Specifically, for Irvine voters this means voting to re-elect Congresswoman Katie Porter and State Assemblywoman Cottie Petrie-Norris, who have good records on gun safety legislation.  And it means voting against Assemblyman Steven Choi and State Senator John Moorlach, who both have terrible records on gun safety.  They consistently oppose even the most modest measures.

But, beyond voting, we all need to do more.  We must demand that our elected officials, including City Council and School Board members, support a national ban on all military-style assault weapons.  We must demand not just a ban on the sale, purchase, and possession of new assault weapons, but a buyback program of existing weapons – at first voluntary, but then mandatory.  Such a program may ultimately cost $5 billion.  In my opinion, that’s a bargain to reduce mass gun violence in America.

Larry Agran, a public interest attorney, served on the Irvine City Council for almost three decades — including ten years as Mayor.
ICNV Staff
ICNV staff writers are local Irvine journalists who are personally familiar with the events and issues they write about.
Latest posts by ICNV Staff (see all)