Science, Technology, and Environment: You Don’t Have to Go it Alone in Going Solar!

Are you interested in getting rooftop solar, but you’re not sure where to start, or you’re overwhelmed by the choices, or it seems too expensive?  We can help.

We are a small group of neighbors in University Hills (that’s the neighborhood adjacent to UC Irvine).  Last year, we ran a successful initiative to get a group discount to bring more rooftop solar to our community.  This year, we are embarking on another round, and we are hoping to spread this great opportunity more widely in Orange County.  We are volunteers; we are not making a single cent off this project.  Our motive is simply to help accelerate the transition to clean, renewable energy in California and throughout the world. 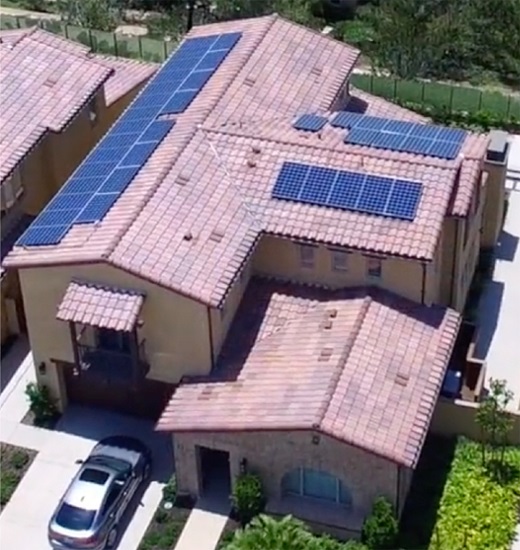 How the Program Began

About two years ago, several of us in the neighborhood started talking about solar.  We were interested in getting solar panels on our roofs, but some of us felt daunted by all the different options. One of us, Senait Forthal, works in the solar industry (primarily in commercial buildings), and she was confident that we could get a group discount if we banded together.

Next, Senait came across a nonprofit organization, Community Environmental Council (CEC), based in Santa Barbara.  They had previously run several programs called Solarize (Solarize Ojai, Solarize Santa Barbara) in which they negotiated a time-limited discount available to anyone in those cities.  We enlisted them to help us.  Our point person was April Price, a Renewable Energy & Efficiency Specialist at CEC.  In March 2017, April sent out an RFP to all of the companies that had done work in Irvine.  We ultimately chose Urban Energy, a small, local company based in Cerritos. (CEC got a cut of $.10/watt.)

This group discount was announced April 25, 2017 and was available through July 19, 2017.  In the end, 58 Irvine homeowners (all but one in University Hills) participated.  (There were also two homes in Newport Beach that piggy-backed on this initiative, and several others that were able to get the same deal after the deadline passed.)  Here are a couple of the comments we got from a survey we later conducted: “Everything was super-clear the whole way through.”  “Great price, great product.”

Now, we have launched a second round of this program, which we call OC Goes Solar.  This time, we decided to do it on our own, without CEC.  In the spring, we sent out another RFP, reviewed proposals, and interviewed finalists.  This time, we selected two contractors: Aikyum Solar and Altair Solar.  Both have offered us below-retail group discounts on rooftop solar panels.  Both have also offered excellent warranties.  Their offers are good through October 1, 2018.

Each contractor is offering three options for panels.  To give you a rough sense of costs, here’s one example:  Say you have an average monthly electric bill of $100, and you chose one of Aikyum’s panel options, LG Electronics 310-watt solar panels.  Based on your bill, you would need about 12 (depending on the orientation of your roof) of these panels to provide you with the electrical power you typically use.  The estimated cost of the system, including installation, would be $9,200.  The selection of different panel efficiencies would also depend on your available roof areas.

However, most homeowners will be eligible for a federal tax credit of 30%.  (Note that this tax credit will start to decline after 2019 — motivation to install solar sooner rather than later).  So, the net system cost (after the 30% income tax credit) would be $6,440.

When you start producing your own energy from solar panels, Southern California Edison still charges you a minimum of $10/month.  Given all this, the estimated time for system payback would be a little more than 5 years, but that is not a guarantee, just an educated guess.  (Note that this estimate depends on the assumption that SCE rates will increase 5% each year.)

Already, more than a dozen homeowners in University Hills have started the process of taking advantage of this new opportunity.  Our goal is to spread the program and scale up throughout Irvine and the entire County.  Any homeowner in Orange County is eligible to participate.

If you are interested in purchasing solar panels through this program, great!  Email us at solar@uhills.org to let us know you are interested, to ask any questions, and to join the Google group to receive updates.

You can get in touch directly with either or both contractors to get quotes:

If you are interested in doing more — in publicizing the deal in your HOA and getting your HOA on board — fantastic!  Also email solar@uhills.org, and let us know that you’d like to play this role.

For details on the different panels, visit: uhills.org/oc-goes-solar

Together, we can accelerate the energy transition to reliable and pollution-free energy.