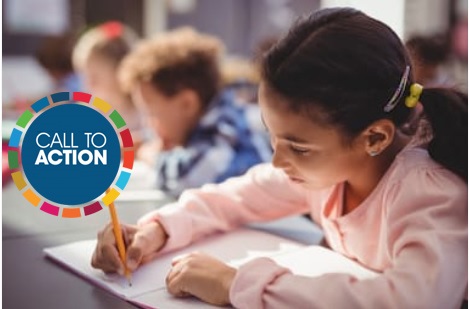 This article was first written on Monday, March 18th, urging Irvine educators and families to pay very close attention to the City Budget process this Spring…and get involved.

In my article, I explained that the City had proposed a 20 percent cut in City support for our schools, teachers and students.  The proposed $2 million cut — from the current $10 million per year down to $8 million per year — would have been devastating to our local schools.

Irvine residents took immediate action, sharing my article via social media and calling the City to voice their opposition to the proposed budget cut.  As a result of that citizen engagement, City leaders have listened to the community and removed the 20 percent cut from the proposed budget.

As a lifelong educator, I want to thank everyone who helped us stop the proposed cut in City support for our schools.  This includes publisher Frank Lunding and Irvine Community News & Views for providing this platform for me and for all of us.

I also want to thank City leaders for listening to their constituents.

Finally, let’s all remember this lesson:  When we become citizen activists, we can actually make things better for ourselves, our families, and our entire Irvine community.

Here’s the remainder of my original article:

School Districts in California are self-governing; they adopt their own budgets, which are funded mainly by the State.  Irvine is one of the few cities in California with a tradition of generous City funding — millions of dollars per year — to help all K-12 public schools in Irvine by providing money to support and enhance important school programs.

In 2012, I was proud to join with former Mayor and then-Councilmember Larry Agran, and City Finance Commissioner P.K. Wong, to co-chair a grassroots campaign to win voter approval of our SOS (“Support Our Schools”) Initiative to boost City funding for Irvine schools to nearly $10 million per year.  The Initiative, which received 70 percent voter approval, enabled us to improve Irvine schools by hiring more classroom instructional assistants, more school nurses, and additional School Resource Officers to police our schools and help counsel students.

Our SOS Initiative was successfully implemented through 2016.  And then its provisions were extended by the City Council in 2017 and 2018.

Out of the blue, came a proposal to cut City support for our schools by $2 million —from the current $10 million per year down to $8 million per year.  Do our schools really need fewer teaching assistants, fewer school nurses, and fewer police officers providing security and counseling services?  In what world do these kinds of cuts make any sense at all?  And, whose bright idea was this?  Did it come from the Mayor and City Councilmembers?  Or from Irvine’s new City Manager, John Russo?

In any case, Irvine citizens need to get involved.  There are several opportunities to voice your concerns:

I’ll do my best to keep you informed and updated through this column.