This story is worth re-telling, because it is a powerful lesson all of us should remember: Citizen activism works!

Here’s the story. In March, I learned that the City had proposed a 20 percent cut in City support for our schools, teachers, and students. To be clear, this was a proposed $2 million cut — cutting the current $10 million per year down to $8 million per year — that the City provides annually to augment the hundreds of millions of dollars in annual school district budgets. This cut would have been damaging to all of our Irvine schools.

Let me explain some important history. In 2012, I was proud to join with two City leaders — former Mayor and then-Councilmember Larry Agran, and then-City Finance Commissioner P.K. Wong — to co-chair a grassroots campaign to win voter approval of our SOS (“Support Our Schools”) initiative to double City funding for Irvine schools to nearly $10 million per year. The initiative, which received 70 percent voter approval, enabled us to improve Irvine schools by hiring more classroom instructional assistants, more school nurses, and additional School Resource Officers to police our schools and counsel students. Our SOS initiative was successfully implemented through 2016. Then its provisions were extended by the City Council in 2017 and 2018. 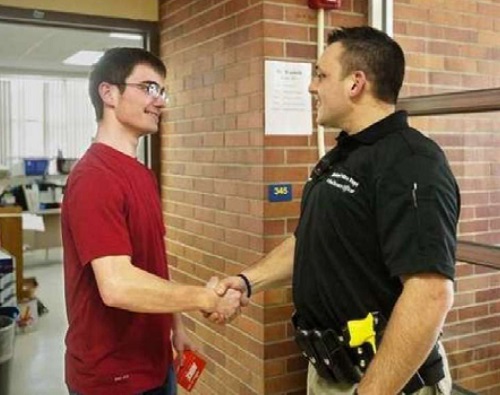 When, out of the blue, City officials put forward a proposal to cut City support for our schools by $2 million for the 2019-2020 Fiscal Year, I used this SchoolWatch platform — first, online — to sound the alarm. I asked: “Do our schools really need fewer teaching assistants, fewer school nurses, and fewer police officers providing security and counseling services? In what world do these kinds of cuts make any sense at all?”

I’m pleased to report that the Irvine community responded — hundreds of citizens sharing information via social media, going to budget meetings, and contacting City leaders. As a result of that citizen engagement, the City posted a notice online that the proposed 20 percent cut in City support for Irvine schools was withdrawn and no longer under consideration.

So, what is the lesson learned from the last few months? The big lesson, is this: When we become citizen activists — when we get involved and speak up — we can actually make things better for ourselves, our families, and our entire Irvine community.