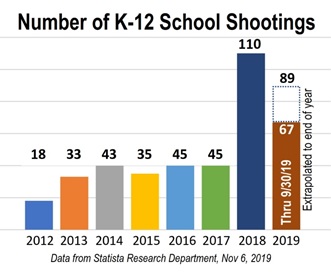 Last November 14th, yet another school shooting — this time at Saugus High School in Santa Clarita, just a two-hour drive up the I-5 — took the lives of three high school students, wounded three more, and traumatized the entire Santa Clarita community.

Do you remember that particular school shooting? Perhaps. But have you heard a follow-up news story about it recently? Probably not. It’s not really “news” anymore. After all, the Saugus High School shooting “only” had 6 casualties, including the shooter, who took his own life; other school shootings have had many more killed and wounded.

The new normal!
With America awash in guns and gun violence, the shocking fact is that school shootings have become the “new normal.” In 2018 and 2019, the country has suffered through a combined, record-breaking total of nearly 200 school shooting incidents. 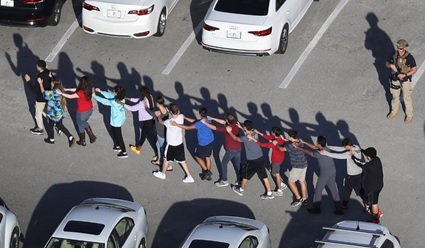 This image, from Marjorie Stoneman Douglas High School, in Parkland, Florida, reminds us of the urgent need to improve school security in Irvine.

For most of us not directly affected by a school shooting, it seems that the initial shock, anger, and sadness we experience lasts only a few days, and then we “move on.” Apparently, as a society we have begun to accept the unacceptable, hoping that somehow “it won’t happen here.”

Our public schools were once thought to be the safest possible places for kids. We made sure that was the case. Here in California, we never hesitated to spend billions of dollars to ensure that school buildings are structurally sound so that students, teachers, and staff would remain safe in the event of earthquakes, fires, and other disasters.

The cost of improved security
Unfortunately, an upsurge in gun violence in public schools requires a new look at school safety. It requires us to consider expensive new security systems to improve protection against gun violence in our schools. New security measures should include installation of carefully designed checkpoints that are effective without being offensive; and the provision of comprehensive video surveillance systems that monitor school perimeters.

Of course, these measures are costly. They would require tens of millions of dollars over time…and the willingness of Irvine taxpayers to pay for these important security improvements.

In California, school safety is a joint City-School District responsibility. I think it’s time — in fact, it’s past time — for the Irvine City Council and School Board to show some leadership, develop a bold school security action plan, and build public support for a voter-approved parcel tax or bond issue.

That’s my opinion. What’s yours? Take the Irvine Community Poll and let us know what YOU think! 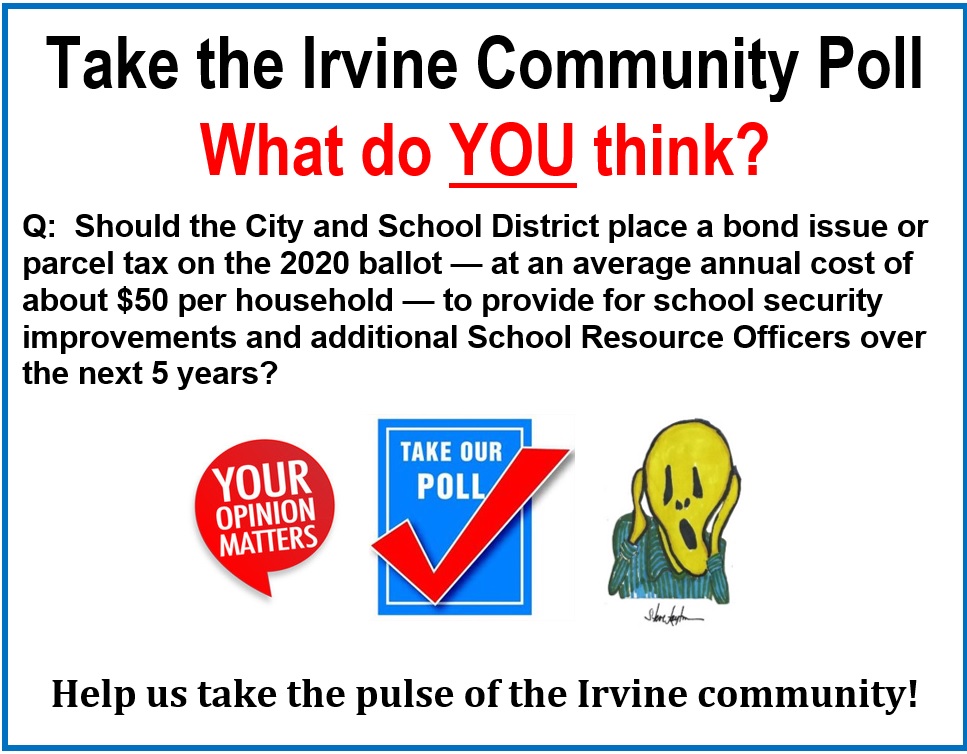