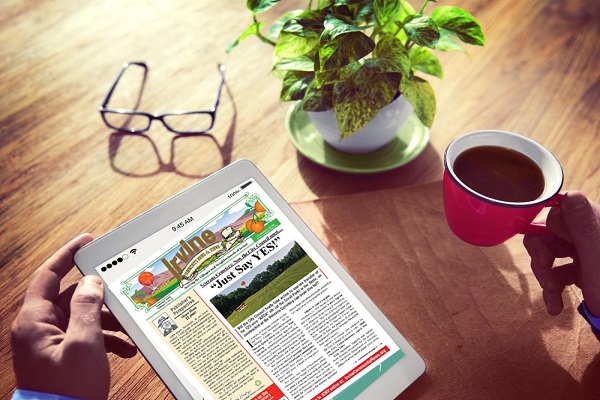 The old political “bait-and-switch” seems to be alive and well in Irvine.  Say one thing to get yourself elected, and then do another thing after you’re elected.  Newly elected Mayor Farrah Khan and Councilmember Tammy Kim seem to be the latest practitioners of the bait-and-switch in our City.

Years ago, I served on the Irvine Planning Commission and, prior to that, as Chair of the Irvine Transportation Commission.   Through those roles I saw firsthand how, with the right leadership, our City can do big things — preserve thousands of acres of open space, ban harmful chemicals in our air, establish thousands of attractive affordable housing units, and build a beautiful Community Parks system.

None of those accomplishments came easy.  In fact, each one required City leaders to stand up to big developers and fight for the better interests of our residents.

When I launched Irvine Community News & Views (ICNV) in 2015, I made a commitment to our staff and to our readers that we would not just report the news in Irvine; we would fearlessly take a stand regarding causes, candidates and elections important to the future of our City.

One of those causes is the Southern California Veterans Memorial Park & Cemetery on the 125-acre “ARDA” site at the Great Park.  For years now, ICNV has endorsed and financially supported efforts to move the project forward.

During the 2020 City Council election campaign, ICNV’s endorsements were based, in large part, on each candidate’s position on the long-promised Veterans Memorial Park & Cemetery.

I studied then-Councilmember Farrah Khan’s public statements in support of the ARDA site and her 2020 votes on the Veterans Cemetery.  On May 12, 2020, Khan voted to respect the will of the people by adopting the citizens’ initiative petition to rezone the ARDA site exclusively for a Veterans Cemetery.  Weeks later, she voted to immediately begin demolition and cleanup of the ARDA site.  Based on her public statements and her 2020 Council votes, Irvine Community News & Views endorsed Khan for Mayor.  This, presumably, was a decisive factor for thousands of Irvine citizens who voted for Khan instead of incumbent Mayor Christina Shea, who fought for years to delay and defeat the Veterans Cemetery at the ARDA site.

As to Tammy Kim, I personally conducted a telephone interview with her.  She sought ICNV’s endorsement.  In that interview, Kim specifically told me that she fully supported the ARDA site and the plans to immediately begin cleanup and demolition.  As a result of those assurances, Irvine Community News & Views endorsed Tammy Kim for City Council.  No doubt ICNV’s endorsement helped Kim secure thousands of votes that she otherwise would not have received.

At the very first Council meeting of the year (January 12th), Councilmember Larry Agran announced his Resolution to immediately move forward with demolition and cleanup at the ARDA site.  When Agran asked for a second member of the Council to support his Resolution, Khan and Kim were silent.  In fact, Khan cut Agran off during his announcement, saying she did not want the Council to discuss the Veterans Cemetery for several months.

Why wait?  By adopting the citizens’ initiative petition last May, the City Council has already rezoned the ARDA site exclusively for a 125-acre Veterans Memorial Park & Cemetery.   There is no alternative site.  End of story.  The only thing left to do is begin clearing the site, which is what Agran is now proposing and what Mayor Khan and Councilmember Kim specifically supported to get elected.

Through my decades of work as an attorney specializing in election law, I have unfortunately witnessed politicians who will say one thing to voters during a campaign and then another once they are in office.  Now, Mayor Khan and Councilmember Kim seem to be engaged in a politically motivated bait-and-switch.  But why?  On whose behalf?  Certainly not the voters and veterans and veterans’ families of Irvine and Orange County.

As the publisher of Irvine Community News & Views, I can assure our readers that we will continue to report on this issue — even if it means calling out those politicians we have previously endorsed.