Pixar just released a new feature film on the Disney+ streaming service called Luca. The film takes place on the coast of Italy where a young boy gets to fulfill his dream summer full of adventure.

The audience soon finds out that Luca and his new friend Alberto have a secret … they are actually sea monsters that live in the ocean but have learned a way to transform into human boys when they step out of the water. 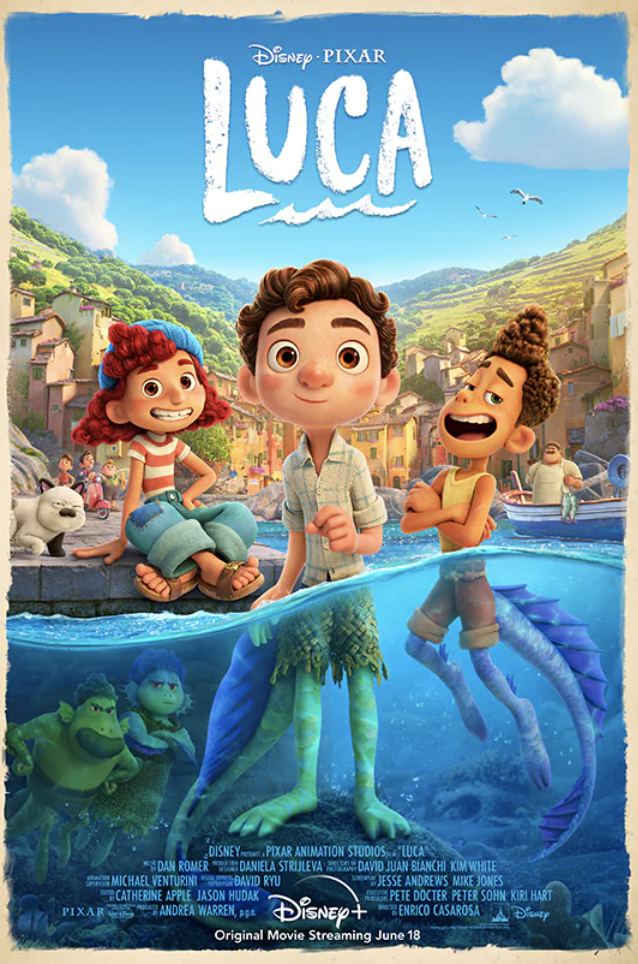 Pixar is known for groundbreaking animated films such as Toy Story, Finding Nemo, and The Incredibles.

Luca pushes the boundaries when it comes to the animated movie industry with amazing visuals and a fresh, original story. Not only do the two lead characters, Luca and Alberto, fill the screen with joy as they experience pasta, gelato, and vespa scooters for the first time, but you can sense the authenticity in all of the characters, and you really feel like you’re right there in Italy with them.

Luca has a 90% rating on Rotten Tomatoes, runs about an hour and 30 minutes, and can be watched on the Disney+ streaming platform. (Visit www.disneyplus.com to sign up for a free trial.)

Let us know what you thought of Luca! Send us an e-mail at Info@IrvineCommunityNews.org or message us on our Facebook or Instagram pages!