While our Mayor and City Council are pretty much snoozing through this season of political activism, the rest of Irvine seems to be abuzz with opinions and activity — largely directed at President Trump and his proposed policies, but also directed at our congressional representative, U.S. Congresswoman Mimi Walters (R-Irvine), who has an office right here in Irvine that, unfortunately, she closes whenever a big group of unhappy constituents show up to talk to her.

These pages — our Open Forum & Community Voices section — reflect the commitment of this community newspaper to provide a real opportunity for Irvine citizens to be heard.  We kept our February Irvine Community Poll open through the end of March. Printed below are the February/March results of the Poll.  Of the more than 300 respondents to the Poll, many offered comments and opinions — we’re pleased to publish a representative sample of what your neighbors have to say.

We are also publishing more comments and notes we’ve received about other matters — including our hard-to-reach Congresswoman Mimi Walters, and the ongoing scandal of toxic contamination at Portola High School.

So, let’s get started!  Here is the Irvine Community Poll question we posed, and the results of the Poll.  – FJL

Taking the Pulse of the Irvine Community

Should the Mayor and City Council speak out on issues of health care, women’s health, and federal immigration and deportation policies that threaten rights or benefits of Irvine citizens? 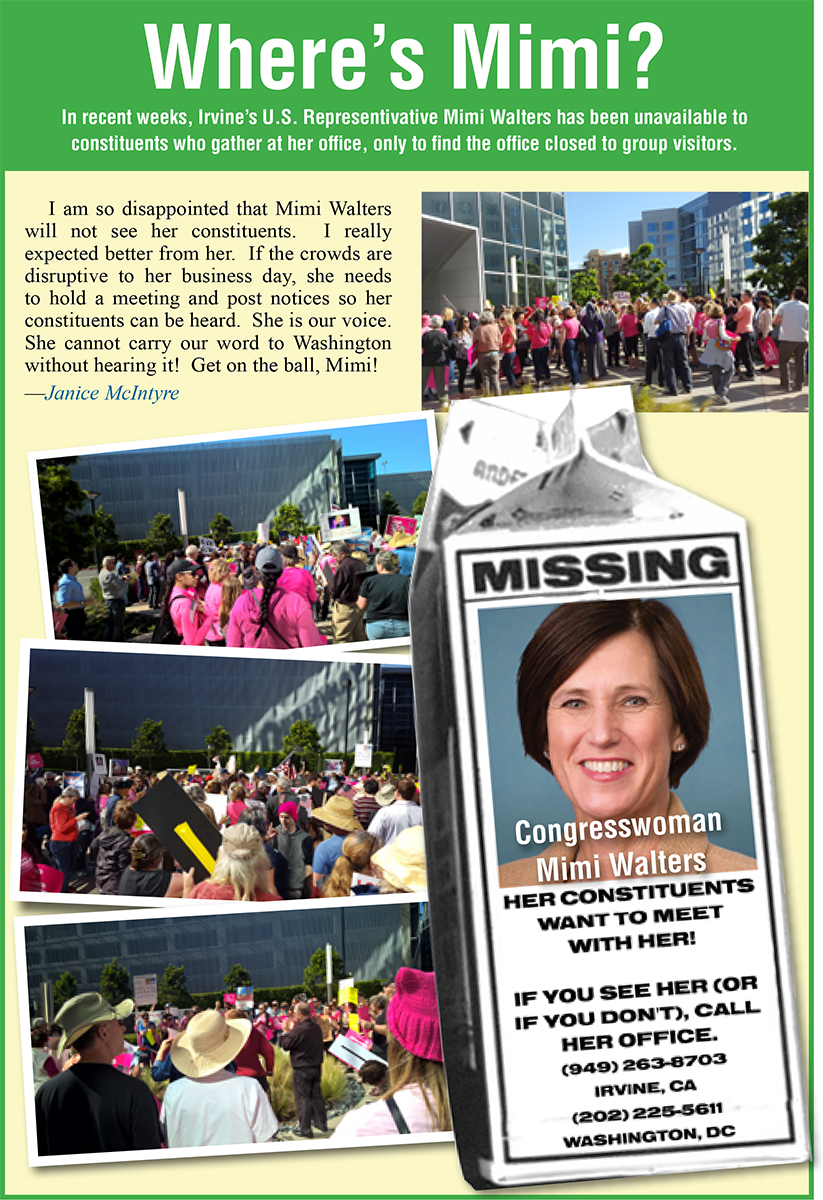