With a record turnout of 89,000 voters for a national mid-term election, Irvine proved to be a major part of the Democratic “blue wave” that rolled across America on November 6th, sweeping previously “safe” Orange County Republicans out of office — including here in Irvine.

There were four high-profile Congressional races in Orange County — in what, for decades, have been reliably Republican districts.  One of those seats — the 45th Congressional District, which includes Irvine and several smaller, nearby Orange County cities — was held by conservative Republican Mimi Walters.  Walters had easily won her last two races.  In 2016, when Irvine voters chose Hillary Clinton over Donald Trump for President by a large margin, they also re-elected Walters with a 17.2% margin over her Democratic rival.

This time, however, in the November 2018 election, the Congressional landscape dramatically changed, and Irvine was at the center of that change.  Democratic challenger, UCI law professor Katie Porter, beat Walters 52.1% to 47.9% — 159,000 votes to 146,000 votes.  Porter’s margin of victory, and more, was supplied by Irvine voters, who comprise about 40 percent of all the voters in the 45th Congressional District.

One of the two State Assembly seats representing Irvine — the 74th Assembly District, which includes most of south and central Irvine — changed from “red” to “blue.”  Democratic challenger Cottie Petrie-Norris defeated two-term Republican incumbent Matthew Harper, 52.7% to 47.3% — 106,000 votes to 95,000 votes.

Irvine, like the rest of Orange County, appears to have joined the suburban revolt against President Trump.

But Democratic challengers in Congressional and State races also pummeled Republican incumbents for their unpopular positions and votes on priority issues, such as healthcare and the environment.  Their campaigns proved to be attractive not just to Democrats but to independents and many moderate Republican cross-over voters, as well.

Even Republican Steven Choi, running for re-election in Irvine’s other Assembly District (68th AD), seriously under-performed — winning with just 53% of the vote in an overwhelmingly Republican district that includes the northern part of Irvine.  Democratic Party strategists are already analyzing whether to target Choi’s seat in 2020.

The California Constitution requires local offices like Mayor and City Council to be “non-partisan.”  This means that candidates for these offices run without a party label on the ballot.  Nevertheless, partisan affiliations have long played a role in Irvine politics, and appear to have done so in 2018.

Conservative Republican Don Wagner was re-elected as Mayor of Irvine, but with a plurality of just 45% in a field that included three challengers.  Wagner had massive campaign finance backing from developer FivePoint.  Final campaign finance reports in February are expected to reveal that FivePoint organized and spent more than $1 million to re-elect Wagner and elect his Republican running-mate Anthony Kuo to an open Council seat.

With the retirement of Councilmembers Jeff Lalloway and Lynn Schott, both Republicans, there were two open Irvine City Council seats.  Locally, the real surprise was that Democrat Farrah Khan, a long-time interfaith leader and former Community Services Commissioner, finished first in a crowded field of 12 Council candidates.  Khan ran a traditional grassroots, door-to-door campaign, relying on volunteers and small donors who stayed within the City’s campaign contribution limits ($490 per donor).

But, even with limited funds, Khan apparently benefitted from her endorsement by the Orange County Democratic Party, where she serves as an officer on the Party’s Central Committee.  The blue wave that helped partisan Democratic candidates in Irvine evidently helped boost Khan to the top spot in her race for a Council seat.

Khan and Kuo now are part of a 5-member City Council that, according to a highly placed City official, “will likely keep causing and exacerbating more problems than they solve.”  When asked specifically what he meant, the official replied, “The continuing Council majority  — Wagner, and [Councilwomen] Shea and Fox — are clueless about what to do to fix the City’s traffic mess.  They keep approving new houses and apartments by the hundreds, refusing to put any controls at all on growth and development.  And, obviously, they have completely misplayed and screwed up the Veterans Cemetery issue.”

The City official, himself a veteran, then added, “These are problems of their own making because they keep listening to their chief campaign benefactors — the big developers, especially FivePoint and FivePoint’s lobbyist, Patrick Strader.”

Uncontrolled growth, development and traffic has become the “new normal” in Irvine. 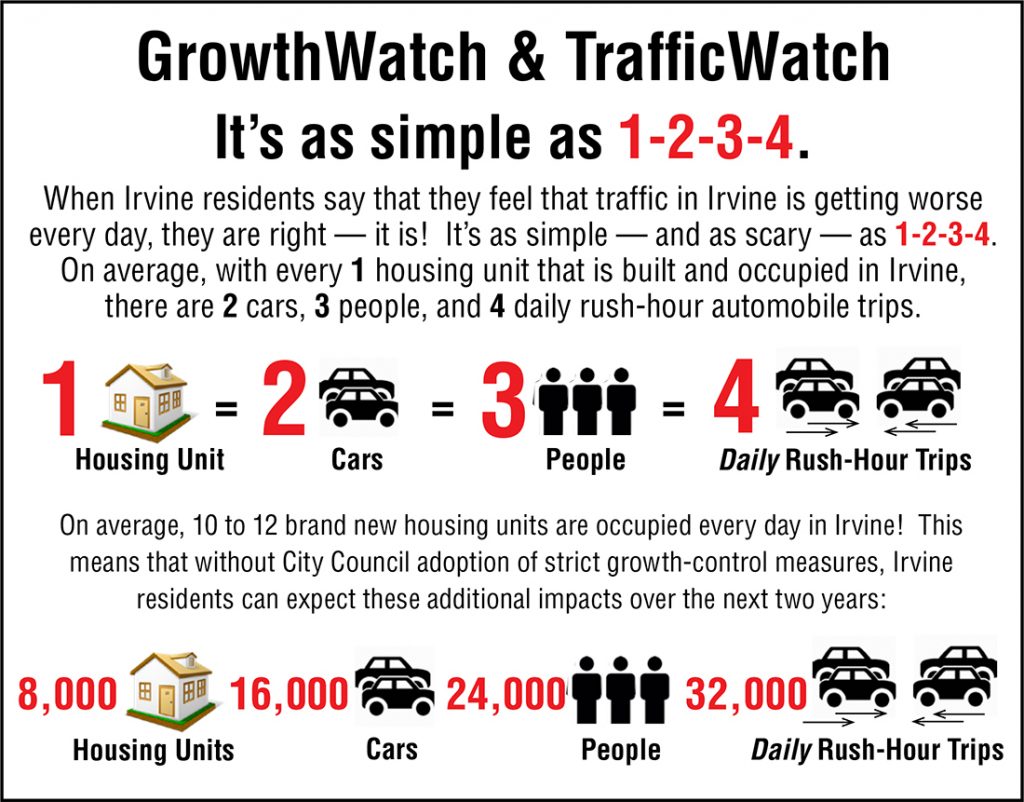