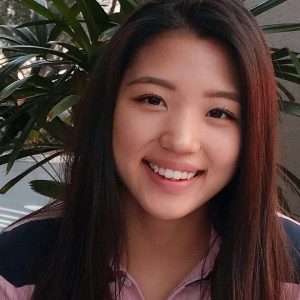 Northwood High School student, Angie Park, is passionate about art. From an early age, art was an important aspect of Angie’s life because both of her grandmothers were artists. Together, they shared a love of art and the creative process.

Unfortunately, in 2009, one of her grandmothers was diagnosed with Alzheimer’s Disease. Since the initial diagnosis, Angie’s grandmother has lost the ability to speak, talk, and eat on her own.

Angie spent considerable time researching what Alzheimer’s was and what she could do to help her grandmother. During her research, Angie stumbled upon art therapy and its success with Alzheimer’s patients who were once artists.

By the time she discovered art therapy, it was too late for Angie’s grandmother. However, Angie and her older sister, Kathy, decided to create a nonprofit foundation — Art for the Treatment of Alzheimer’s Sufferers (ATAS) — in hopes of spreading awareness of art therapy and to support Alzheimer’s sufferers by utilizing something that had been such an important part of their grandmother’s life: art.

Angie told us that, “Kathy and I created the ATAS Foundation as a love letter to our grandmother.  We wanted to create something — connected to art — that would not only honor our grandmother but also inspire and help others suffering from Alzheimer’s.” 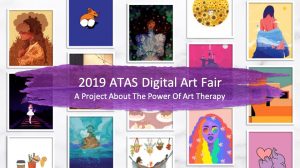 Angie and Kathy believe that Irvine provided them with the resources to launch their nonprofit, from its support of the arts community to research opportunities, such as UCI’s “90+ Study” that examines aging. (Angie interned with the “90+ Study.”)

When asked about upcoming events, Angie said, “September is World Alzheimer’s Month, which is why our ATAS Foundation has launched a Digital Art Fair on Kickstarter where 44 artists from across the world have come together to donate their art prints and stickers. The proceeds raised will be used to bring more art therapy programs to Alzheimer’s sufferers right here in our local community. Specifically, we will be donating the proceeds to the ‘Memories in the Making‘ program, which is the signature art program of Alzheimer’s Orange County. ”

To learn more about the ATAS Digital Art Fair and learn how you can support the ATAS Foundation, click here.