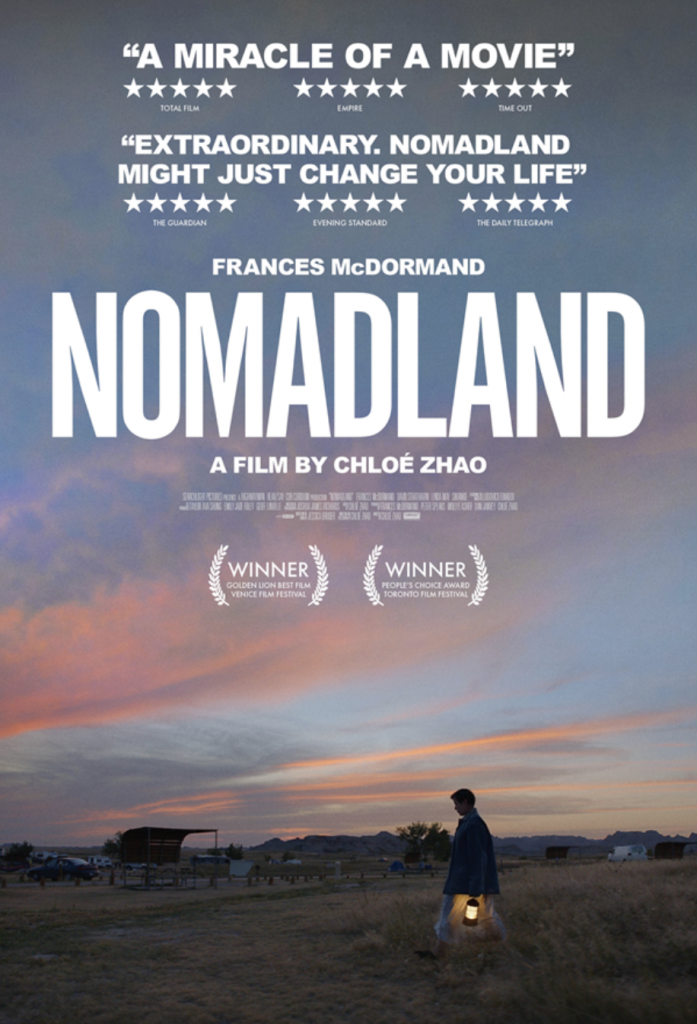 This month’s movie review spotlights the front-runner for the Best Picture award for this year’s Oscars — Nomadland.

Nomadland tells the story of Fern, who, after suffering a great deal of loss, leaves her home to live a modern day nomadic lifestyle out of her van.

With the stunning beauty of the American west as the backdrop for the film, Fern takes on a variety of jobs where she strikes up friendships with fellow nomads who share her sense of not feeling connected to conventional society.

Audiences and critics across the country have been giving rave reviews to Nomadland for its intimate and authentic portrayal of the itinerant lifestyle.  (Many real-life nomads are included in the film.)

Based on the book Nomadland: Surviving America in the Twenty-First Century by Jessica Bruder, the film has earned a total of six Oscar nominations, including: Best Picture, Best Actress, Best Director, Best Adapted Screenplay, Best Cinematography, and Best Film Editing.

The film currently has a 94% rating on Rotten Tomatoes and is available to stream at home on Hulu.

With the recent re-opening of movie theatres (with limited seating capacity), Nomadland has a few available showtimes at Irvine movie theatres, including the AMC theatre at the District.  Visit their website for showtimes and the latest COVID-19 safety guidelines.

Keep an eye out for our upcoming Oscars preview next month before the Oscars take place on Sunday, April 25th.