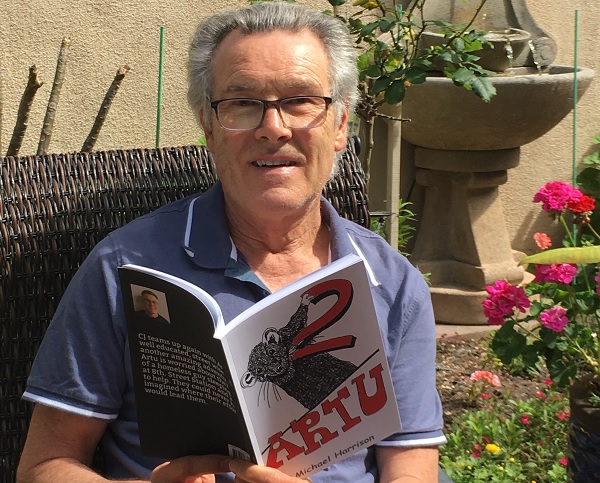 Michael Harrison has had the opportunity to do what most of us only dream about.  He’s been able to follow three very different career paths.  Born in England, Michael worked as the divisional director for the North West European division of the Irvine-based company Allergan.

In 1994, he relocated to Irvine to join Allergan as their director of Global Strategic Marketing.

After a successful career with Allergan, Michael decided to transition away from business so that he could focus on his passion for art.  In 1999, he reinvented himself as a painter.  For the past 20 years, Michael’s artwork has been exhibited extensively in Laguna Beach.

In 2017, Michael decided to stretch his artistic wings a bit further by penning his first book, Teenage Millionaire, which followed a nerdy English teenager moving to Irvine with big ideas for becoming a millionaire while still in his teens. 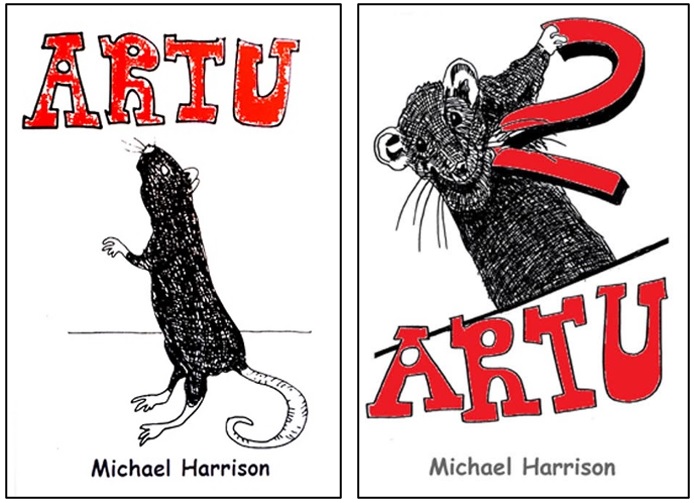 The following year, Michael published the first book in his Artu series. Artu follows the unlikely friendship between a student and an adorable rat who team up to do good.

The first book in the series introduces readers to the two characters.  On his commute to school, CJ sees a rat on the New York subway.  He doesn’t think much about it until the rat stands up and waves to him.  When CJ returns home, his backpack begins to move.  CJ is shocked to see the zipper slowly open and the rat from the subway emerging from the backpack, asking, “Do you have any popcorn?  I’m starving!”  This incredibly smart, streetwise rat joins forces with CJ on two important projects, helping feed those less fortunate, and eradicating bullying from CJ’s school.

This year, Michael has released the second book in the series.  This time, CJ and Artu are teaming up to help the homeless.

The books are silly and sweet while teaching kids — and all of us — important lessons about being kind and compassionate.

Proving that he is also kind and compassionate, this year Michael is donating 100% of the royalties from his books to Children’s Hospital of Orange County (CHOC).

To purchase one or both of the Artu books, click here.