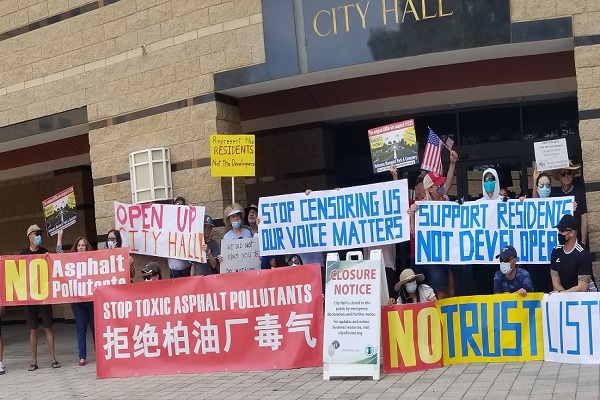 Last year, in the midst of his City Council election campaign, Councilman Mike Carroll violated Irvine City policy when he transferred tens of thousands of dollars — originally allocated for his Council staff — to instead cover the cost of promotional mailers he sent to Irvine residents.

As Carroll’s violation became front-page news, then-Councilmember Farrah Khan campaigned for Mayor of Irvine on the promise of bringing transparency, ethics, and democratic values to City Hall. However, once she took office, Khan — with the help of Councilmembers Anthony Kuo and Tammy Kim — made Carroll’s violation “go away” by changing the City policy Carroll had violated. Let me tell you what I think: As an attorney, formerly specializing in election law, I can assure you that sort of after-the-fact change in City policy is highly irregular. It’s the kind of cover-up people hate!

When asked about residents’ concerns over Carroll’s mailers in the middle of an election cycle, Kim is quoted in a May 22nd Voice of OC article as saying that she doesn’t view Carroll’s spending as an abuse of power and that it was an advantage of being an incumbent.

During the May 25th City Council meeting, Khan, Kim and Carroll did something else that raises serious questions. They voted to double the office budget of each individual Councilmember while removing key restrictions and oversight on how they spend that money. (Councilmember Larry Agran and Councilmember Anthony Kuo voted against it.)

Under the new system, each Councilmember will have more than $200,000 to spend. Apparently, they can now follow Carroll’s lead by using taxpayer funds to send out promotional mailers in the run-up to an election. So much for transparency, ethics, and democratic values!

And to keep controversial issues off the Council agenda — and unavailable for public discussion — Khan, Kuo, Kim and Carroll voted to implement an anti-democratic rule that restricts Councilmembers from adding any item to the agenda without first obtaining a second Councilmember’s signature. (This was a political move to silence Councilman Agran who has been advocating for the Council to openly discuss a number of issues impacting tens of thousands of Irvine residents.) 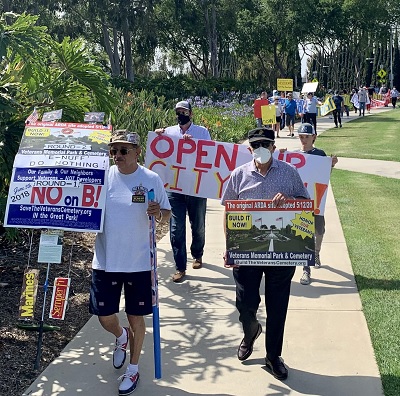 So far, the anti-democratic rule has silenced thousands of north Irvine residents whose daily lives are being impacted by the toxic chemicals and noxious odors coming from the All American Asphalt plant. The so-called “Rule of Two” has also prevented Agran from helping Great Park homeowners establish a Great Park Residents Advisory Committee. And it has stopped a public discussion regarding district elections and the City’s hiring of an expensive law firm in anticipation of a costly legal battle, which will be funded by taxpayer money.

The most egregious use of the anti-democratic rule pertains to the Veterans Memorial Park. Last year, Khan, Kuo and Carroll voted to adopt the citizens’ initiative — signed by 19,790 Irvine residents — which designated the 125-acre ARDA site at the Great Park as the one-and-only legally available location for a Veterans Memorial Park in the City of Irvine. Here we are a year later … and the project still hasn’t moved forward! Khan, Kuo, Carroll and Kim have used the Rule of Two to prevent a public discussion of Agran’s resolution to begin preparing the ARDA site by clearing the area and building a perimeter park with trees, trails, and memorial gardens.

As the publisher of Irvine Community News & Views, I feel sucker-punched by Khan and Kim since endorsing them last fall, based on their 2020 campaign promises. After nearly a decade of developer-backed Mayors and Council majorities, I was hopeful that Khan and Kim would follow-through with their promise to bring integrity back to the Council. That clearly hasn’t happened.

Ironically, just five months after being sworn in as Mayor, Khan is already publicizing her re-election kickoff event. And while City Hall remains closed to the public, Khan’s fundraiser will be open to her supporters. It’s no wonder Irvine citizens are staging protests.