The 2016 Summer Olympics ended with USA atop the medal count with a total of 121 medals, 51 more than the next country. This year, Irvine was proud to send 8 athletes to the Rio Olympics, all current and former UCI students. They include: Charles Jock and Persis William-Mensah in track and field, David Smith and Kevin Tillie in Volleyball, Eva Lee and Phillip Chew in Badminton, Dave Durden as assistant swimming coach, and Dan Klatt as assistant volleyball coach.  (Persis William-Mensah competed for Ghana in Rio and Kevin Tillie competed for France, all oth11hers competed for team USA.) 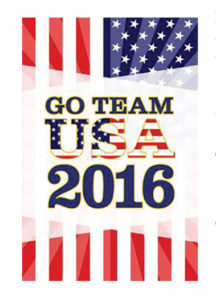 Over the years, Irvine has produced an impressive number of Olympic athletes, including Amanda Beard, Aaron Peirsol, and gold medalist swimmer Jason Lezak.  Those with young children who play basketball, soccer, or volleyball here in Irvine may also be familiar with the Misty May-Treanor Sports Center that opened up on Myford Road, just off Jamboree and Walnut. (Misty May-Treanor won multiple Olympic gold medals.)

Irvine has always been known as a great sports community, where athletes of all skill levels and all ages have opportunities to thrive and reach for their dreams. Some go on to become elite athletes, winning Olympic medals.

(Note: Irvine’s own Robert Ridland coached the USA Equestrian Show Jumping Team to a silver Medal at the Rio 2016 Olympics!)