As ballots were being mailed out, Irvine voters began receiving a slew of political attack mailers — funded by a political committee established just days earlier with tens of thousands of dollars in “dark money.” The dark money has now been traced back to mega-developers FivePoint and the Irvine Company.

Dark money political committees are often established in the days just before an election to avoid enforcement of campaign finance laws. In this way, big developers and other special interest groups can pour hundreds of thousands of dollars into mass-mailing pieces — filled with vicious attacks and outright lies — to sway voters who may not know the facts. That’s how big developers are so often able to control the outcome of elections, even here in Irvine.

On the other hand, Anthony Kuo has a history of relying on large sums of dark money to attack his political rivals and help himself get elected. Apparently, Kuo is relying on the same political funding scheme again … this time using developer money to attack Agran. (Kuo and Agran are running against each other for re-election to the Irvine City Council.) 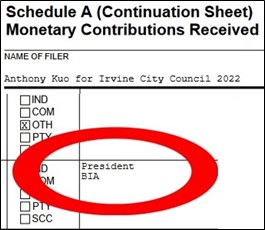 Some of Kuo’s dark money support has come from developer FivePoint, funneled through the Building Industries Association of Southern California (BIA).

In return, Kuo has helped FivePoint — even when it negatively impacted our City’s residents. For example, during the height of the COVID-19 pandemic, just as the City was petitioning the County and State to open a mass vaccination clinic in the Great Park, management at FivePoint complained that the vaccination clinic would get in the way of their development projects. Kuo quickly sided with FivePoint to delay the opening of the vaccination clinic for months, forcing Irvine residents to travel to Anaheim and Santa Ana to be vaccinated. 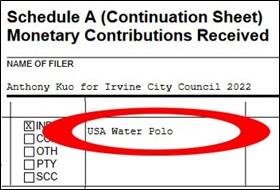 Another example of Kuo’s loyalty to special interests involves a campaign donation he received just last month from the CEO of USA Water Polo. Kuo voted to shove through approval of an $80 million taxpayer-funded USA Water Polo facility at the Great Park. The project had received zero input from the public, and had not even been reviewed by the City’s Planning Commission, Transportation Commission, or Finance Commission. 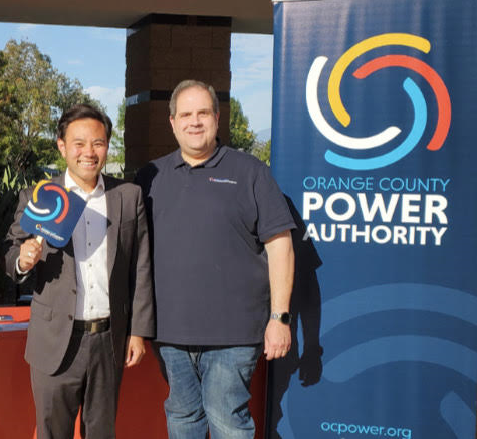 Kuo is embroiled in yet another costly controversy (and an ongoing FBI investigation). This regards Kuo’s approval of the scandal-ridden Orange County Power Authority (OCPA). In 2019, Kuo — along with Mayor Farrah Khan and Councilman Mike Carroll — voted to use millions of Irvine taxpayer dollars to establish the OCPA, without a vote of the people. As a result, Irvine residents and businesses have been forced into a new electricity plan at a significantly higher monthly rate. Earlier this year, the Orange County Grand Jury charged OCPA with incompetence and corruption. In addition to the FBI investigation, OCPA is facing three separate audits (City of Irvine, County of Orange, State Auditor of California).