Irvine Through the Decades: Our City Makes Global News in the 1980s 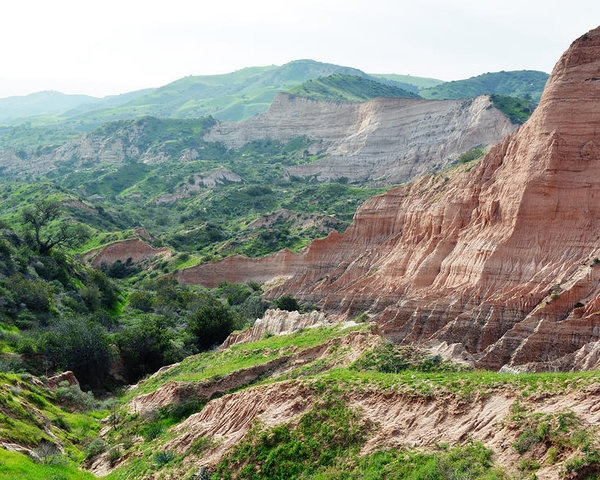 On December 28th, Irvine will commemorate its 50th anniversary!

To mark the occasion, I met with two of our City’s longtime leaders — former Councilmember and current Planning Commissioner Mary Ann Gaido and Larry Agran, former Mayor and current Councilmember — to discuss highlights from the past five decades.

During our City’s first decade in the 1970s, Irvine’s leaders were focused on establishing the Irvine General Plan and rallying voters to pass an ambitious community parks bond issue that would set the stage for our City’s beautiful parks system.

The most remarkable decade in our City’s 50-year history was the 1980s. I remember it well because that’s when I was privileged to serve as an Irvine Transportation Commissioner and then a Planning Commissioner.

The decade of the 1980s was when City leaders began a concerted effort to brand Irvine as one of America’s great “international crossroads” cities, welcoming immigrants from throughout the world. Policies were put into place during the late 1980s to make sure that Irvine would become one of the most diverse and thoroughly integrated cities in the United States. That didn’t happen by accident.

As Mayor of Irvine in 1988, Agran — a Harvard Law School-trained civil rights attorney — wrote and won approval of Irvine’s comprehensive Human Rights Ordinance. This ordinance — years ahead of other cities and the first of its kind in Orange County — barred discrimination in housing, employment and business in Irvine on account of race, color, religion, national origin, as well as physical disability, sex, marital status and sexual orientation. Agran saw to it that the City’s workforce mirrored the multi-ethnic, multi-cultural Irvine community; and that women and minorities were promoted to positions of prominence, and were encouraged to run for local office. 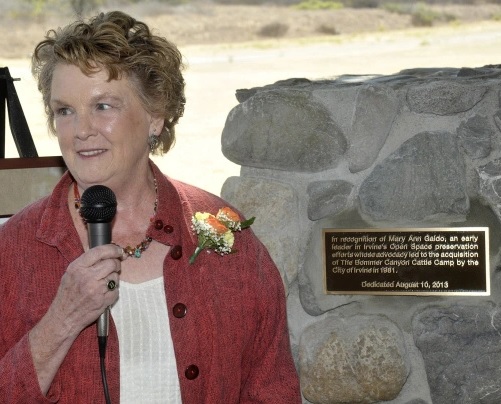 During the 1980s, Gaido and Agran focused their efforts on affordable housing; on placing strong controls on growth and development; and on preserving thousands of acres of natural open space that we often take for granted today.

Together, Gaido and Agran — joined by allied Councilmembers Ray Catalano, Ed Dornan, Cameron Cosgrove, and Paula Werner — stood up to the big developers and successfully rallied Irvine voters to pass the 1988 Irvine Open Space Initiative. The initiative set aside 10,000 acres of beautiful wilderness and open space for generations of families to enjoy … forever. Gaido’s tireless work on preserving Bommer Canyon was recognized by the City years later with the placement of a Bommer Canyon monument in her honor.

Irvine made international environmental news in the late 1980s when then-Mayor Larry Agran partnered with a team of UCI scientists to create the nation’s first municipal ordinance to eliminate chlorofluorocarbons (CFCs) and other ozone-depleting chemicals. 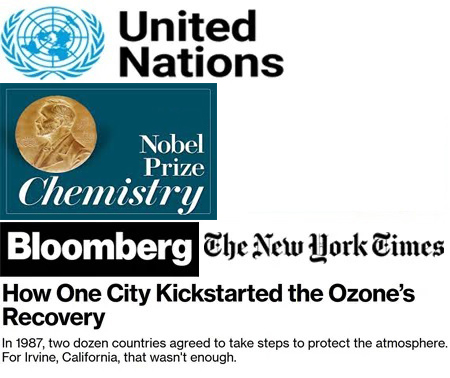 The New York Times applauded Agran’s bold leadership, calling the ordinance “the most far-reaching measure on the planet.” And Bloomberg News ran an in-depth article crediting Agran with jump-starting the global effort to ban CFCs across the world.

Media outlets throughout the nation celebrated Irvine’s ordinance, reminding their readers that while other cities were talking about the importance of doing big things to help the environment, Agran had crafted and passed legislation to actually do something about the ozone problem. Although Agran was viciously attacked by the local business community, the ordinance passed. (Agran instructed the City to retain an EPA regulatory specialist to oversee implementation of the ordinance and to work with businesses to make sure that companies in Irvine continued to thrive — which they did.)

The United Nations honored the City of Irvine with an award for its contributions to global environmental protection. And, the two UCI scientists who partnered with the City, F. Sherwood Rowland and Mario Molina, were later awarded the Nobel Prize in chemistry, along with a citation that read: “Your work may well have saved the world.”

Next week, we will review the milestones from the 1990s in Irvine.