Irvine Through the Decades: Dark Times for Our City During the 1990s 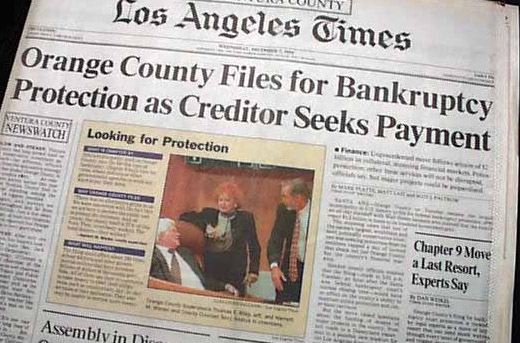 Front page of the Los Angeles Times newspaper in 1994.

On December 28th, Irvine will commemorate its 50th anniversary! Recently, I met with two of our City’s longtime leaders — former Councilmember and current Planning Commissioner Mary Ann Gaido and Larry Agran, former Mayor and current Councilmember — to discuss the past five decades.

During our City’s first two decades, Irvine’s leaders established the Irvine General Plan while successfully rallying voters to pass an ambitious community parks bond issue and a remarkable Open Space Preserve Initiative. The City made international news in the late 1980s when we became the first in the world to ban CFCs and other ozone-depleting chemicals.

Things changed dramatically in the 1990s. In 1988, Mayor Agran authored and won approval for a comprehensive Human Rights Ordinance which was years ahead of other cities and the first of its kind in Orange County. But, not everyone in Irvine was happy with that ordinance.

The religious-right took aim at Agran and launched a vicious political attack against him. Heading the fight against Agran’s Human Rights Ordinance was Christina Shea, who led an aggressive initiative campaign to overturn the Ordinance’s provisions protecting gays and lesbians from discrimination. Shea’s attacks on Agran’s ordinance divided the City, and resulted in both Agran and Gaido being defeated in the 1990 Irvine City Council election.

In 1992, Shea secured her own spot on the Council, joining fellow newcomers Mike Ward, Art Bloomer, and Barry Hammond. The only member from the previous decade to remain on the Council for the majority of the 1990s was Paula Werner. Just as the national recession started, the inexperienced new Council made the fateful decision to invest $200 million of Irvine taxpayer money in the County’s investment pool, which was being managed by Orange County Treasurer Robert Citron. Citron had no background in accounting or investing and was later jailed after pleading guilty to six felonies connected to securities fraud. In 1994, the County made front-page news for all the wrong reasons — it became the largest county in America to ever file for bankruptcy. The City of Irvine had invested a whopping $200 million in the fund, far more than any other Orange County city. Although a portion of the money was ultimately recovered in later years, Irvine ended up losing $25 million forever. Think about that: That loss in today’s dollars would be nearly $50 million.

Even in the midst of the bankruptcy debacle, there was good news for some senior citizens in Irvine. That’s when Agran successfully advocated on behalf of the Meadows Mobile Home Park residents — all of them senior citizens. For years, the mobile home park residents were being subjected to skyrocketing monthly rents on the land their homes sat on. Even though he was off the Council at the time, the residents approached Agran, asking him to help in his legal capacity. Agran was able to secure a deal that transferred ownership of the entire mobile home park to a nonprofit corporation — Jamboree Housing — which capped the land rents. To this day, the land rent that homeowners pay remains under strict control, and the Meadows continues to be a beautiful, affordable, gated mobile home community for nearly 500 of our City’s seniors.

In 1995, two Nobel Prizes were awarded for founding faculty F. Sherwood Rowland in Chemistry and Frederick Reines in Physics, which helped to secure UCI’s position among the leading American research universities. That same year, construction began for the UCI Biomedical Research Center and the William J. Gillespie Neuroscience Research Facility.

In 1998, Agran rejoined the Council as the leader in the fight against the County’s plan to build a massive international airport in Irvine. I’ll cover more about that and other milestones from the 2000s next week.