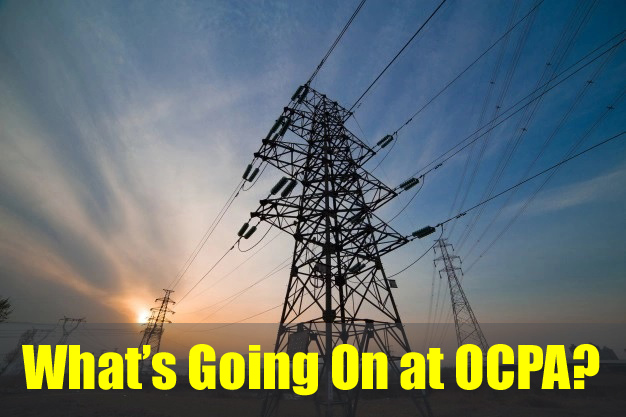 Nearly a year after those promises were made, a growing number of local environmental leaders who originally supported the OCPA say the energy start-up appears to have no real interest in delivering clean energy from renewable sources.

According to an article in the Orange County Register, OCPA’s Implementation Plan calls for a target of 57% clean energy (free from fossil fuels) by 2030, which doesn’t even meet the State’s minimum goal of 60% by 2030. It is worth noting that SCE is on track to reach 80% renewable energy sources (mainly solar and wind) by 2030.

Four cities have signed on to the OCPA since the start-up began organizing itself last December: Irvine, Fullerton, Huntington Beach, and Buena Park. Irvine is the lead city.

Irvine City Councilmember Mike Carroll is Chair of the five-member OCPA Board and Mayor Farrah Khan is also a board member. The other cities each have one board member. Last year, Carroll and Khan secured a commitment from the previous Council to have the City of Irvine fund the OCPA through 2022. So far, Irvine has advanced $7.5 million of taxpayer money to the start-up, without any City Council or public oversight.

A group of environmental leaders in Irvine has begun attending Council meetings in other cities, warning them not to join the OCPA, saying that the goals of the energy start-up are not aligned with those committed to aggressively addressing climate change.

Climate action proponents continue to question the motives behind the Board’s hiring of a longtime County political appointee — Brian Probolsky — to serve as the Power Authority’s CEO. Without any prior experience in the energy sector, Probolsky was quietly hired by the OCPA Board with an annual salary of $239,000. Probolsky’s lack of knowledge on basic energy concepts was made public this summer when he asked what the acronym “kWh” stands for. (kWh stands for “kilowatt hour,” which is a standard unit of measurement for electricity.)

With Irvine agreeing to shoulder 100% of the financial burden through 2022, Irvine residents are beginning to question the City’s financial risk. There are mounting fears that the OCPA might never be able to successfully launch. A similar energy start-up in Riverside County failed, and filed for bankruptcy earlier this year.

In an effort to update residents and address his own growing concerns, Councilmember Larry Agran has submitted a request for the City Council to agendize a presentation and discussion of the OCPA at the October 12th or October 26th Irvine City Council meeting.

None of his Council colleagues have yet to respond to Agran’s request. Under Mayor Farrah Khan’s heavily-criticized “Rule of Two,” requests to agendize any matter requires support from a second Councilmember.