Readers Sound Off in Favor of Recall 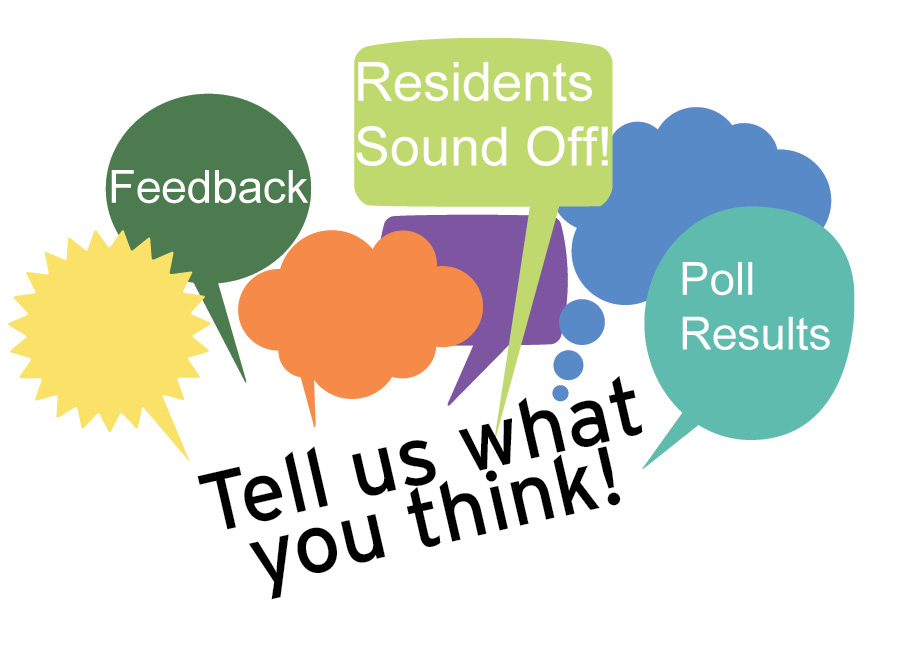 In late 2019, a coalition of veterans, longtime Irvine residents and university community members served a “Notice of Intention” to circulate a recall petition to Mayor Christina Shea and Councilmember Michael Carroll. (Neither Shea nor Carroll were elected to the positions they currently hold on the Irvine City Council.)

The first 400+ responses have been overwhelmingly supportive of the recall effort.  90% of respondents voted “Yes” when asked if they favor the recall and removal from office of Mayor Christina Shea and Michael Carroll.

In addition to taking the poll, the community has been leaving a surprising number of comments explaining why they support the recall.  Only a handful of residents have opposed the recall and left a comment in support of Shea and Carroll.  Below is a small sampling of the comments we’ve received:

Comments Supporting the Recall
It is unconscionable that Shea has twice refused to honor the wishes of the people of Irvine who voted for, and won, the right to have the Veterans Cemetery built on the original “ARDA” proposed site.  How many more times will we have to sign ballot petitions to get her to acquiesce and do right by the people she supposedly serves?  Shea should have been ousted last year.  Let’s get this done!
— A. Gill

Both Mayor Shea and Councilman Carroll have repeatedly abused the trust and the obvious will of their constituents.  Further commercial development in Irvine is not only unnecessary, it is harmful to our Irvine community.
— Diane Greenberg

I cannot understand why Mayor Shea and Councilmember Carroll refuse to go along with the great majority of the people of Irvine.  Couldn’t they see this recall petition coming?
— William Tucker

I am so tired of officials ignoring what the people vote for.  But, it is the people who have the real power!  When officials turn their backs on us, let us show them the door.
—  Judy Stephens

We need City officials who will carry out the will of the people, plain and simple. Shea and Carroll continue to blatantly disregard what we voters decided.  They must be removed.
— Tony Rodriguez

Shea is a complete disgrace as a person and a Mayor.  She must go.  We must restore integrity, honor, and respect for the voice and vote of the people.  The City deserves better.
— Randall B. Grunbaum (U.S. Army, Retired)

I am beyond appalled by FivePoint.  Citizens are fed up with the power of money and corruption.  Shame on our City Council for not respecting the will of the people.  Recall is not my favorite approach, but corruption is an urgent matter here.  I certainly hope that the ARDA site is retained, not the undemocratic Councilmembers and those who supported their appointments.
— Luette Forrest

Shea and Carroll fail to represent the citizens of Irvine.  They pander to and are in the pocket of FivePoint.  The bias in favor of aggressive development is obvious.  They are not serving the people who elected them and the Veterans Cemetery site is a good example.  They must go.
— Kathy Tahilramani

How many times do we need to reaffirm our decision and vote that the Veterans Memorial be in the Great Park?   And now, two appointed Irvine representatives are ignoring and reversing the votes of the majority of Irvine residents.  This is not right.
— Sue E. Martin

We need and want City officials who support the will of people!  Recall both Shea and Carroll.
— Arnold Mendoza

These two have been ignoring the vote on ARDA site and acting like dictators.  Now they want to encroach on the proposed golf course leaving the ARDA site for developer FivePoint to make more money.  This will affect the Irvine Blvd. traffic, making it much worse.
— Sanjay Dhar

It’s about time action is being taken to remove those who have betrayed the people of Irvine and especially our veterans who so deserve the ARDA site that was first chosen for the Veterans Cemetery.
— Pat Wheeler

It’s disgraceful for people in office using the office to benefit themselves.  Do they not understand the position they hold is to serve the city and community they are in?
— Kenan Chaballout

It is a shame that Mayor Shea and Councilman Carroll refuse to accept the majority of Irvine citizens who want to keep the Veterans Cemetery (at the ARDA site) in the Great Park.  Over 60% of Irvine voters voted for it last year.
— Richard Sarlitt

Neither Mayor Christina Shea nor Councilmember Michael Carroll were elected, and they continue to ignore the people’s mandate about the Veterans Cemetery.  They must be recalled before they give away the ARDA site to the developers.
— Shawn Mela, Proud Marine Corps Veteran

This Recall is long overdue! Christina Shea controls the Council meetings with no regard for the rule of law.  She interrupts private citizens during public comments, and calls out private citizens by name from the dais to shame them.  She brings motions before the City Council from a developer who financially supported her last campaign, and she refuses to recuse herself from the vote.  This developer has been accused of fraud and for knowingly building homes on toxic land, among other things.  Yet, the Mayor of Irvine holds closed-door meetings and brings motions before the Council on their behalf.
—Dee Fox

I have lived in Irvine for over 45 years and was born and raised in Orange County, specifically Tustin.  I vote in every election and actively follow informational media.  I have never been so astonished and outraged at such blatant disregard of the voters’ will regarding the Veterans Cemetery from the very first vote to create and establish it at the Great Park.  Shea and Carroll must go.  It’s way past time.
— Cindy Eddleman

Why would they ignore the voters and try to put more development in this area?  So, yes we as voters should be able to remove them from office.
— Kevin Hoagland

I am a 79-year-old veteran who served as a Naval officer during the Vietnam War. This decision is clear.  Honor our veterans and our nation, build the Veterans Memorial Park & Cemetery.
— Grayson Sanders

Comments Opposing the Recall
Leave them alone.  I respect and honor Mayor Christina Shea and support all her decisions for the good of the Irvine community.
— Edgardo Abalos

Christina and Michael do the right job.  The Veterans Cemetery should be located in some other place.
— Nikolas

I am a Great Park resident and I do not want a Veterans Cemetery in my neighborhood!
— Anonymous

If you haven’t taken the poll yet, there’s still time to let us know what YOU think! 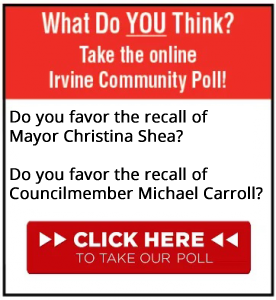