Irvine Residents Sound Off on OCPA 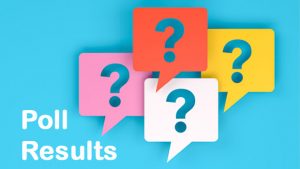 Since releasing the poll, hundreds and hundreds of Irvine residents have weighed in, with 98% (yes, you read that right!) firmly behind Agran. And, scores of readers felt strongly enough about the matter to include a comment.

Below is a small sampling of those comments:

I fully support a forensic financial audit of OCPA, and the results should be made public for all Irvine residents to see. Based on the situation and the financial sums involved, this should have actually been included from the get-go. Thank you, Mr. Agran!
– Eric Green

We were never given any information on this. How dare they transfer Irvine residents and businesses from Edison to OCPA without our permission. This is deplorable!
– Connie Mellott

As a homeowner and business owner in the City of Irvine, I was skeptical as to whether this new power provider was for real. After reading about the OCPA with respect to our business, I immediately un-enrolled and remained with SCE. I cannot understand the push for green energy if it costs businesses and residents more money, especially with ever-higher inflation. Further, Andrea Warner from OCPA contacted my business via email and tried to convince me to switch to OCPA. I showed her the comparisons in costs if I did switch. It didn’t make any financial sense. When I heard about the problems that Mr. Agran was having obtaining the financial audit of the OCPA, I said that’s enough! There is something more to this that is going on behind the scenes. Where is the accountability? Where is the transparency? What does the OCPA have to hide? Why is Mr. Agran being derailed and silenced? Mr. Agran, keep up the great work in exposing the potential chicanery that is going on with the OCPA.
– Darren

It’s about time Irvine is looking into the OCPA. This program should have been voted on by the citizens of Irvine before it was pushed through. It’s important to have visibility into the money flow and planning to ensure any corruption is identified and dealt with.
– Karen Barnett

Government decisions made in secret. How dare this city council transfer electricity without the knowledge or consent of the citizens of Irvine. I did not agree to this, nor have I been notified about it. Stop this! There is much more to this than is evident on the surface.
– Jean Miller

This should have been a ballot measure for the residents of Irvine to vote on.
– Richard Monte

The community should have had a choice instead of being automatically transferred from SCE to OCPA. Many people did not know about the change. It was unfair and shifty.
– T. Garcia

The lack of transparency and fact that they have tried to delay this audit for so long is highly suspicious. I will be very interested in learning how they have utilized our tax dollars … aside from paying the CEO (with no college degree or experience in the energy sector) a salary upwards of a quarter million dollars.
– Melissa Logan

We need auditors who are truly independent and well qualified, and in no way cronies of the OCPA board. The OCPA board members who are Councilmembers [Irvine Mayor Farrah Khan & Irvine Councilmember Mike Carroll] should resign from either the City Council or the OCPA board as it is a conflict of interest in terms of financial stewardship if one group has monies owed to the other. This board structure should not be legal.
– Lu Forrest

This could have been handled months ago if Mayor Khan was not determined to shut Councilman Agran out of all meaningful participation in the city government. Now that it has reached crisis proportions and she might be blamed, she suddenly is willing to second his motion. On the whole, I’m surprised she didn’t snatch the opportunity to refuse his motion and then make her own, almost exactly the same.
– Sharon Toji

Why are we moving forward with this at an increased cost? How do we opt-out of this mess?
– David Blakewell

Absolutely agree with the audit! I have read every copy of the minutes from the OCPA board meetings. An amateur could see they were in way over their heads.  I want to understand WHY they could do this without a vote of the residents. I for one will do what is necessary to opt-out. Remember this as you vote in upcoming elections.
– Teresa Garrett

No one on the OCPA Board should be a member of the Irvine City Council, making decisions to financially enhance the OCPA by purchasing their power which will be distributed by SCE at a higher cost to Irvine residents. My opinion would be to opt-out of OCPA because Irvine residents had no say in this switch!
– Jeff Heller

If this was someone’s personal checkbook, you can bet there would be monthly accounting bank statements and reconciliation of expenditures.
– Marty Colburn

Who benefits the most — politicians, OCPA board members or Irvine residents? Anything that goes through a middleman always results in costs going up. Someone is making money off this deal.
– Jerry Napombhejara

It is incomprehensible and very suspicious that the Mayor of Irvine and one of the Councilmembers would be directly involved in the OCPA, committing such a large amount of money without notifying voters. I am glad that finally there will be an audit before going any farther.
– Maria de la Maza

From all appearances, this audit should have been completed long ago, before the Irvine City Council put our city in such a financial sinkhole. It seems that the majority of the Irvine City Council are either incompetent, or simply not trustworthy. We are fortunate that Mr. Agran is willing to accept the task of dealing with these people in an attempt to salvage Irvine’s reputation and financial stability.
– Albert Nault

I agree with the audit and an investigation of the mayor and all city council members. It is wrong for the city council to spend and loan OCPA millions of taxpayer money without the taxpayers’ vote or say in the matter.
– Kathy Inman

A letter needs to go out to all residents of Irvine with instructions on how to opt-out of the OCPA and the City should cut its losses and get out as well … immediately! No doubt the motives were good in wanting to save energy, but next time be smarter and follow due diligence.
– Lynne Kabaczy

Mayor Khan and Councilmember Carrol do not appear to have any interest in the welfare of the City of Irvine or its residents and should be recalled immediately. The OCPA project should have never been established.
– Howard Mellott

This whole deal has been a mismanaged nightmare. Who would put someone unqualified in charge? I guess that’s politics.
– Charles Cox

OCPA will never deliver clean energy at low rates to the residents of Irvine. Instead, the council majority has entered into an energy scheme that jeopardizes the delivery of stable, uninterrupted electricity to all residents. Councilmember Carroll and Mayor Khan have abandoned any risk management of Irvine taxpayer funds and have turned over the operation of OCPA to richly rewarded consultants. Carroll and Khan should resign.
– Michelle Johnson

The Irvine Community Poll is still open! If you have not yet weighed in on this matter, we encourage you to do so now: 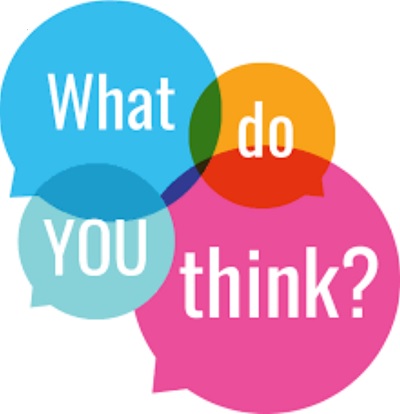 When the Orange County Power Authority (OCPA) was being established in 2019, Irvine businesses and residents were promised cleaner electricity at lower rates.

This year, all businesses operating in the City of Irvine and all residents are being automatically transferred from the previous provider of electricity — Southern California Edison (SCE) — and enrolled in OCPA at a higher rate.

The City of Irvine is funding OCPA through 2022. So far, $7.7 million of Irvine taxpayer money has been advanced to OCPA, and a $35 million line of credit has been backed by the City, with no oversight. In April, the Power Authority was fined nearly $2 million by the State for not purchasing enough electricity. And, the Power Authority projects a $41 million loss in its first two years.

For months, Irvine City Councilmember Larry Agran has called for the City of Irvine to conduct a forensic financial audit of OCPA to learn where Irvine taxpayer dollars are going and to determine the City’s liability if OCPA fails.

Tell Us What YOU Think:
Do you agree/disagree with Councilmember Agran that the City of Irvine should conduct a forensic financial audit of OCPA?