Irvine Ranked 6th Best in the Nation for Access to Parks 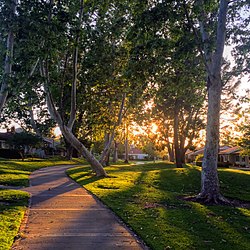 The Trust for Public Land recently released their 2019 ParkScore Index, which ranks 100 of the largest cities in the country and evaluates each city’s park access and quality.

The rankings are based on four characteristics of an effective city park system:

With 127 parks, Irvine is ranked #6 in the nation.  The only other California city to make the top ten was San Francisco, which ranked #7.

As a well-planned master community, 80% of Irvine residents live within ten minutes of a park.

More than a quarter (27%) of Irvine’s city land is used for parks and recreation.  The national median is only 15%.