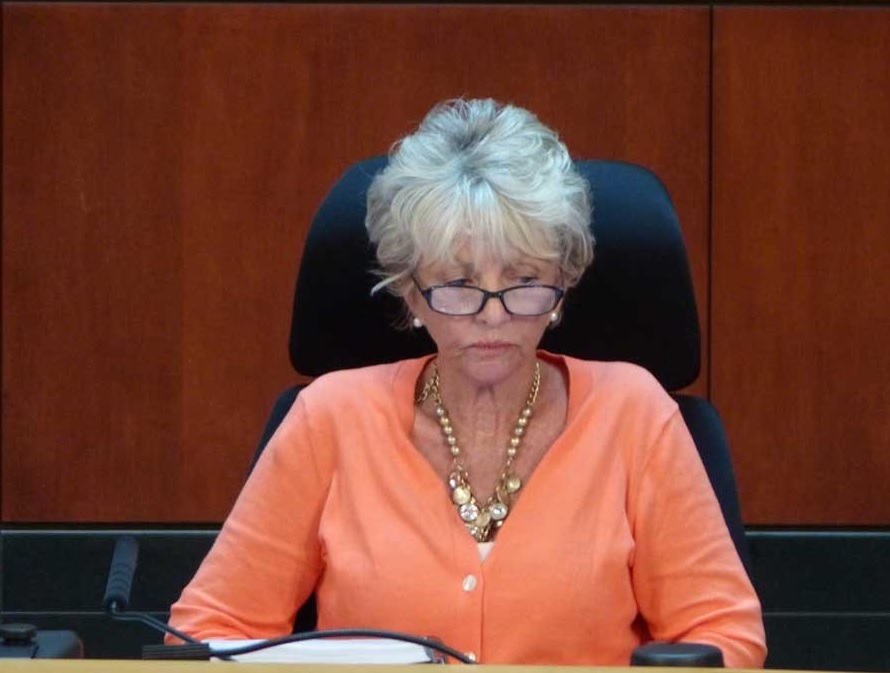 The State has again budgeted millions to build and maintain the Southern California Veterans Memorial Park & Cemetery at the previously approved site in the Great Park.  The question now becomes whether Irvine Mayor Christina Shea will continue to deny a final resting place for veterans in Orange County.

Five years ago, then-Councilmember Christina Shea began a relentless effort to defeat a proposed state-built and state-operated Veterans Cemetery at the Great Park in north Irvine. Shea’s crusade to defeat the Veterans Cemetery continues to this day, even as the recently-appointed Mayor finds herself increasingly isolated in her opposition to the popular project.

Agran’s resolution was adopted by the City Council on a 4-to-1 vote. Only one City Councilmember voted NO: Christina Shea.

With legislative support and initial State funding earmarked for the project, the California Department of Veterans Affairs (CalVet) moved ahead (2014-2016), preparing and approving a 333-page Concept Plan, including an analysis and design for a specific site: the 125-acre “ARDA” site in the Great Park. The Concept Plan included a detailed 30-month construction timeline; this was followed by approval by the U.S. Department of Veterans Affairs.

Despite these approvals, Shea continued her opposition. In fact, in early 2016, Shea teamed up with mega-developer FivePoint and began promoting a so-called “land-swap” that would give away the 125-acre ARDA site to developer FivePoint and replace the planned Veterans Cemetery with more than 800,000 square feet of office, industrial and apartment development. (Later, after the 2016 City election, it was revealed that Shea, along with successful Mayoral candidate Don Wagner, took hundreds of thousands of dollars from FivePoint and other developers to fund their 2016 Mayor and Council election campaigns.)

In early 2017, as part of a 3-to-2 Council majority, Shea pushed through the FivePoint-backed zoning ordinance to replace the proposed Veterans Cemetery at the ARDA site. But as Irvine residents began to understand what was happening, they organized themselves and gathered more than 19,000 signatures to force a ballot referendum (Measure B) — a citywide vote on the replace-and-develop scheme being pushed by Shea and FivePoint. Despite FivePoint pouring more than $1 million into their campaign, on June 5, 2018, Irvine voters overwhelmingly rejected Measure B, 63% to 37%.  The voters made it clear that they wanted the Veterans Cemetery — not more FivePoint development — at the ARDA site in the Great Park.

What Now?
Since then, in a backroom deal, Shea has become Irvine’s first unelected Mayor in more than three decades.  In April of this year, she automatically filled the vacancy in the Mayor’s seat when Mayor Don Wagner was elected to the Orange County Board of Supervisors.  Shea then hand-picked her successor on the Council, with the appointment of Michael Carroll.  Together, Shea and Carroll have continued to ignore the will of the people, promoting an “alternative” site for the Veterans Cemetery — the so-called “Golf Course” site at the Great Park — even though the site is unstudied, unapproved, and has no visible support among Irvine residents and voters.

Meanwhile, at the State Capitol in Sacramento, legislation and tens of millions of dollars in State Budget funding have been voted to commence construction of the Veterans Cemetery in Irvine.  All this is happening despite Shea’s use of her new-found prominence as Mayor to oppose the Veterans Cemetery — in videos, newspaper articles, and in letters to Sacramento legislators.

Former Mayor Larry Agran, at the forefront of the Veterans Cemetery fight for more than five years, expressed his impatience, even anger:  “What’s wrong with our Mayor and City Council? At this point, all that’s needed is for the City Council to Just Say YES! to a resolution expressing its willingness to transfer the ARDA site to the State for CalVet to begin the two-year construction project to build, and then operate and maintain — at no cost to City of Irvine — the long-promised Southern California Veterans Cemetery.”  Agran added, “Where I come from, that’s known as a no-brainer.“